The majesty of West London’s Hampton Court Palace showcased nearly 1000 of the world’s finest collector cars for the tenth running of the Concours of Elegance on September 3-5, 2021. The event is widely regarded as the pinnacle of the UK’s concours d’elegance calendar.

Its eclectic classes were said to chart the “full evolution of luxury and innovation in automotive”, from the Pre-1915 class to the Post-1980s and Modern Classics features.

Testament to the quality of the cars curated is the Best in Show winner: a 1934 Avions Voisin C27 Aérosport. Prized by collectors for its elegant Art Deco styling, the car escaped an unceremonious end in a scrapyard before undergoing an arduous three-year restoration from just three period photographs.

Merle Mullin of the Mullin Automotive Museum, owner of the Aérosport, was presented with the all-new Pegasus sculpture trophy, which was exquisitely crafted over six months by renowned sculptor Robert Rattray. It was an apt award for a car imbued with such elegant and artistic styling.

Another headline attraction was the Duncan Hamilton ROFGO collection of Gulf-liveried historic racing cars, which formed part of the Gulf vs Martini theme. The ROFGO collection is comprised of over 40 vehicles that chart Gulf’s 80-year involvement in motor racing.

Highlights of the ROFGO Collection included the class-winning 1970 Porsche 917K and the 1971 Mercedes-Benz transporter lorry used in period by the Gulf-JW Automotive team. The ROFGO Collection was made all the more evocative by the recent passing of its mastermind, the world-leading collector-car dealer Adrian Hamilton.

Crowds swarmed around one particular car sat opposite the Gulf vs Martini display; the one-of-a-kind Aston Martin Bulldog. The model’s wedgy styling and motorised gullwing doors attracted weekend-long attention, especially as the car had not been seen in nearly 40 years and has just emerged from a nut-and-bolt restoration with CMC. Visitors were delighted as the Bulldog was unveiled in a unique military ceremony carried out by the Royal Navy.

The Royal Automobile Club Trophy saw the UK’s most eminent car clubs enter their finest vehicles in a bid to be awarded Best on Display. Magneto editor David Lillywhite joined the Club Trophy’s judging panel, which deemed a Fiat Dino Spider as the winning car. As the Best on Display winner, the Dino was honoured with eligibility for the main Concours display in 2022.

Meanwhile, Jonathan and Wendy Segal and their one-off Ghia-bodied 1950 Alfa Romeo 6C 2500 took home the RAC Spirit of Motoring Trophy. The trophy was presented at an elegant black-tie dinner and is awarded to the person or car that “most epitomises the Spirit of Motoring”.

Jaguar Classic and Bentley embodied the Concours of Elegance’s blend of old and new with the respective launches of their C-type and Blower Continuation cars. Both marques harnessed cutting-edge technology to facilitate these millimetre-accurate resurrections, while stirring up plenty of debate in the process. Meanwhile, Bizzarrini announced its intentions of building its own Continuation car, and Italian coachbuilder Zagato showcased its modern interpretation of classic Iso Rivolta models.

Both Bentley and Jaguar were represented in the Concours with their own exclusive classes. The Jaguar Trophy was won by a highly original Series 1 E-type with outside bonnet locks – the 1961 example is believed to be the best of its kind in existence. A Freestone and Webb-bodied Bentley MkVI Coupé took home the Bentley Trophy, after impressing an expert panel of judges headed by Giles Crickmay and Frank Dale.

The 1907 Rolls-Royce 40/50 HP was the oldest class-winning car. The original Silver Ghost’s lustrous paintwork and nickel-plated detailing shimmered in the sunshine on its first public outing in over two decades after it was ironically owned and maintained by Bentley following the separate sales of that marque to the VW Group and Rolls-Royce to BMW.

Awards won by more contemporary models included Cici Muldoon’s 2021 Scuderia Cameron Glickenhaus 004S, which debuted at the Goodwood Festival of Speed earlier this year. The eye-catching 004S was awarded with the Future Classics award, while a 1997 Ferrari F50 won the Post-1980s class.

The myriad automotive displays and stands were complemented by the provision of luxurious Charles Heidsieck Champagne, Fortnum & Mason picnics and a collection of art, jewellery and fashion hosted by Jodie Kidd. The Concours of Elegance’s presenting partner A. Lange & Söhne delighted horological enthusiasts by presenting its world-class wristwatches. 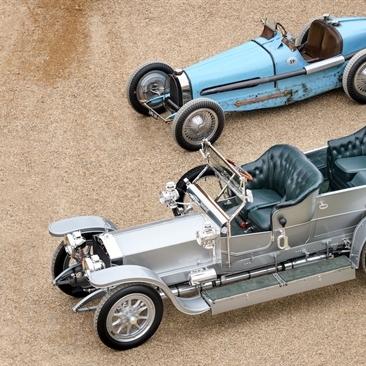 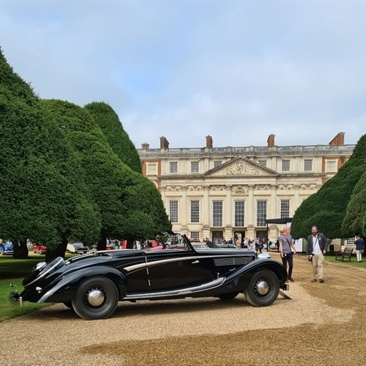 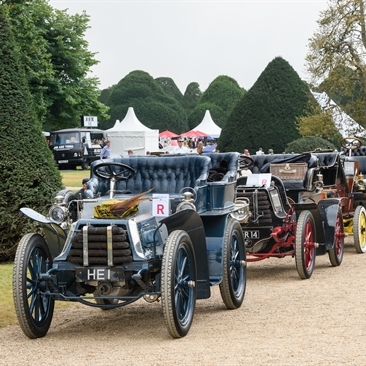 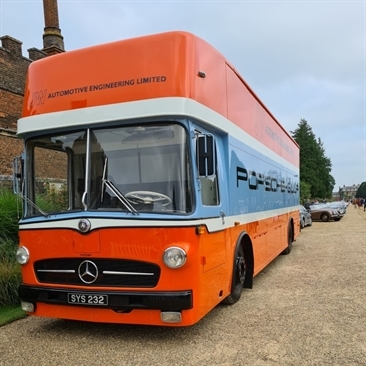 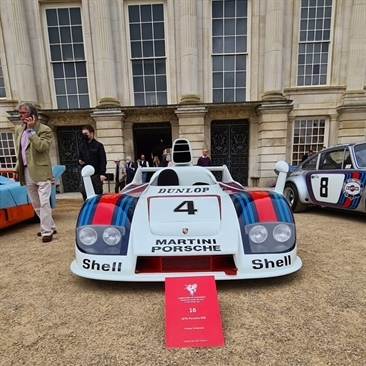 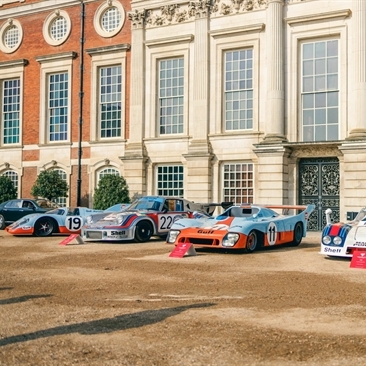 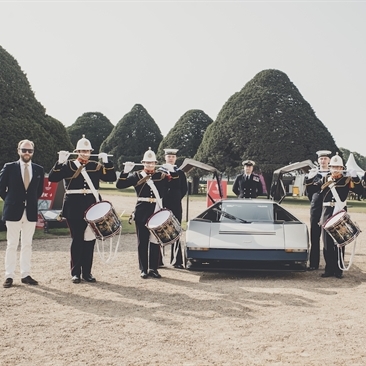 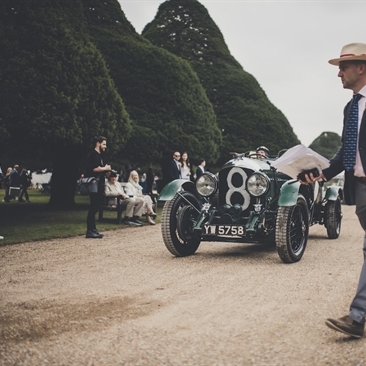 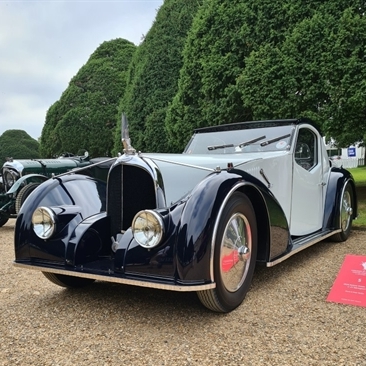 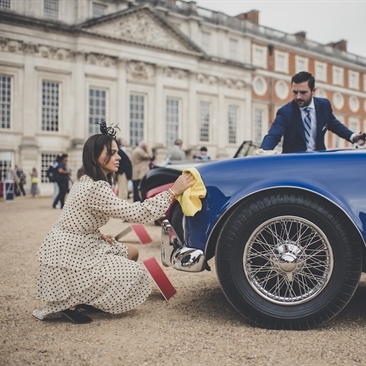 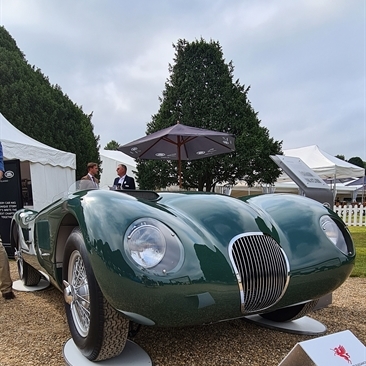 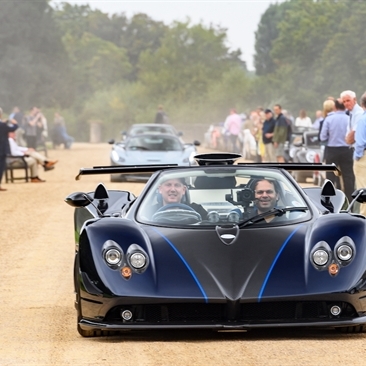