We couldn’t resist updating you on the Aston Martin Bulldog; surely the most exciting restoration taking place at the moment.

In the previous instalment, we left you with a stripped-down chassis and a COVID-19 lockdown at restorer Classic Motor Cars of Bridgnorth, UK. In May 2020, the workforce was able to return, and it hit the Bulldog with a renewed vigour. First of all it made good the complex prototype chassis – this had previously suffered significant damage at the rear, apparently caused by being forklifted at some point. There had also been various development modifications to the chassis tubes to increase clearance around mechanical parts.

“Remember this was never meant as a production vehicle,” says CMC managing director Nigel Woodward. “There had been ‘adjustments’ made with the good old Birmingham screwdriver [a large hammer], and the welding in places was not to the standard you would want to produce in a 200mph car.”

There was also evidence of the changes made to convert the Bulldog for road use when it was bought for export to the Middle East, along with interior trim and exterior colour changes. Strangely, the original fuel injection had been replaced with a work-in-progress pressurised quad-Weber DCOE carburettor system, which looks as though it had never actually run. The Bosch mechanical fuel injection fitted to the Bulldog had been used by Aston Martin since the 1969 DBS, and was well understood, so there shouldn’t have been any need to junk it.

To reinstate fuel injection to the Bulldog’s original design might have been a problem had it not been for the overwhelming response to CMC’s appeal for period photographs from the public. Now there are enough pictures to piece together how the car looked inside, outside and under the bonnet, although the new injection set-up will be invisibly managed with electronics to make the Bulldog more usable for the new owner.

Now a dry fit of mechanical components has been carried out on the chassis, and work has started on the alloy body, which Nigel says is in much better shape than expected. 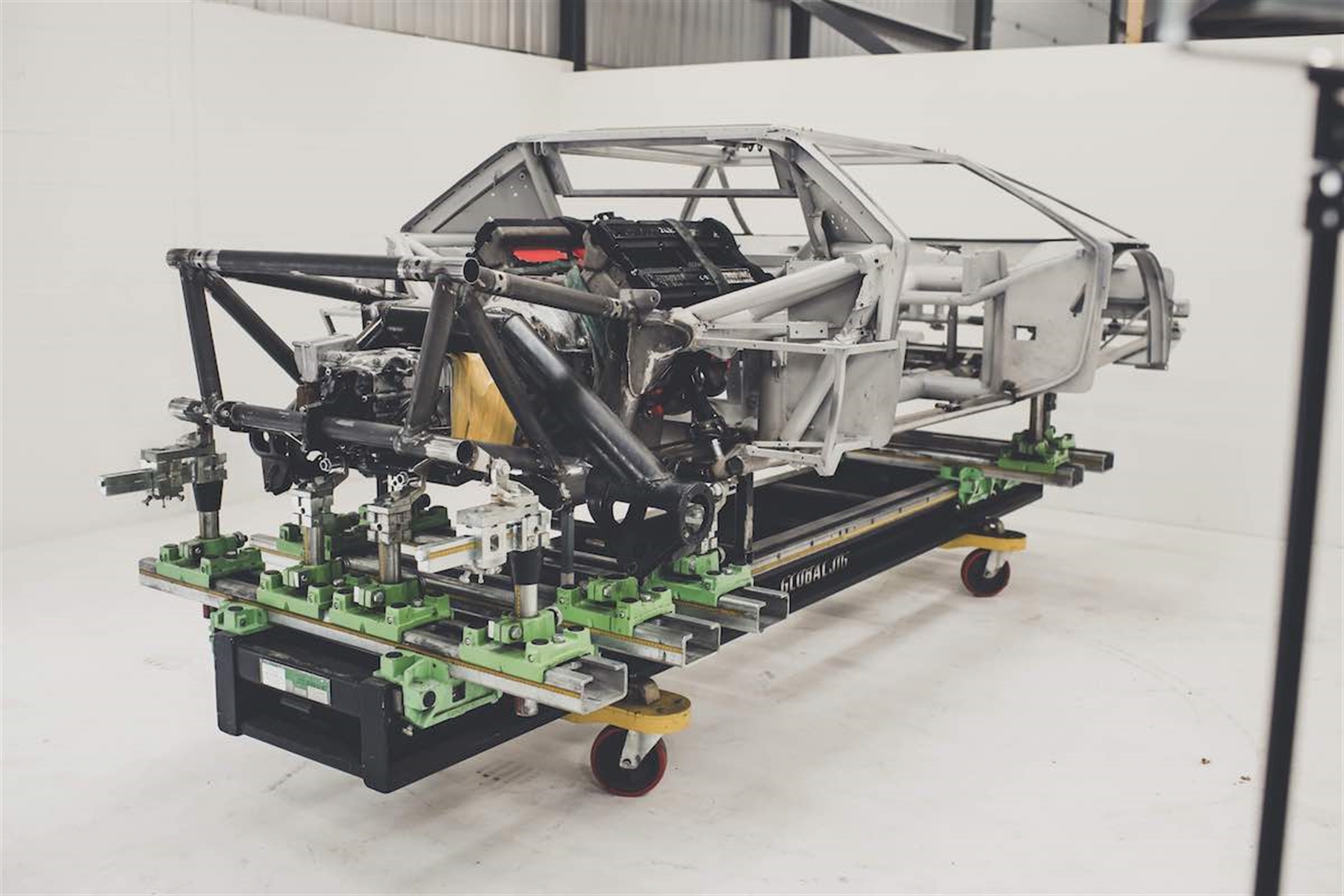 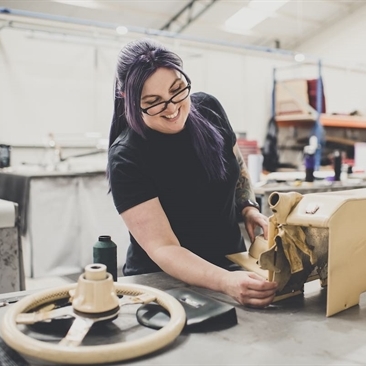 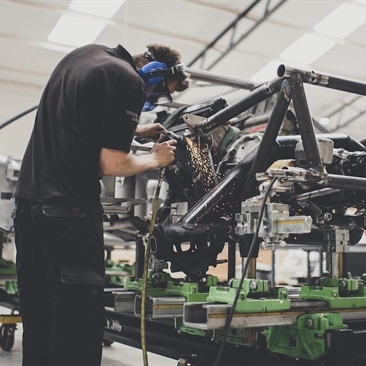 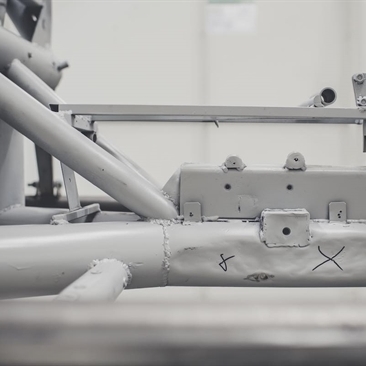