How appropriate that it’s named the Bulldog, because there are few vehicles that demonstrate a British fighting spirit more than Aston Martin’s remarkable supercar, which reigned as the fastest car in the world for six years.

Consider that the Bulldog was conceived in a challenging economic climate, amid strikes and austerity, at a company only barely solvent but brimming with technical talent. Aston Martin’s aim was to show that it was not a company of skilled but outdated artisans, but instead one of world-class engineering ability. Sadly the Bulldog was canned in 1981 before it achieved the target 200mph, but it still managed an impressive 192mph two-up on the banked track of MIRA in late 1979.

In the following years, the single example of the Bulldog built was sold to a collector in the Middle East, then to an American, before returning to the UK. Yet it’s never been used in anger, and over that time the William Towns-designed bodywork has been changed from silver and light grey to light green, and the interior trim from dark brown and black to tan.

Now with a brand-new owner, the Bulldog has been consigned to Classic Motor Cars (CMC) of Bridgnorth, UK, for a full restoration, with the aim of attempting to reach 200mph in the completed
car. These are the very first pictures of the Aston stripped for in-depth inspection ahead of the renovation, taken just before the company went into temporary shutdown due to the COVID-19 pandemic.

“The break in restoration has allowed us to do even more research on the car,” says CMC managing director Nigel Woodward. “The initial publicity received from when we announced the restoration has resulted in people sending us a number of historical pictures we had not seen before. These will help us when we get the restoration underway again.”

The company revealed its plans on February 27 this year, and immediately afterwards it started the stripdown. This initially involved lifting out the 600bhp twin-turbo 5.3-litre Aston V8 and carefully removing the aluminium body panels from their complex supporting structure, which was revealed for the first time in more than 40 years.

It won’t be an easy restoration. Aston Martin threw every bit of 1970s trickery it had at the Bulldog, including the five centrally mounted hidden headlamps and a multitude of LED buttons inside the car. The restored machine will be revealed in a future issue of Magneto. 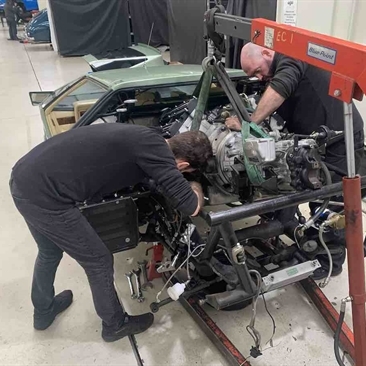 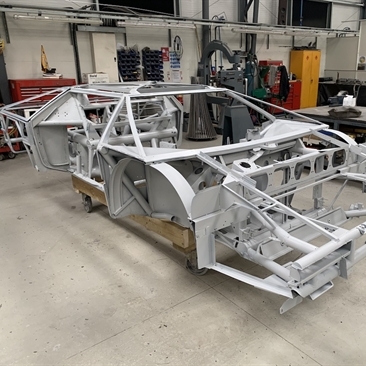