You could easily take this as an April Fools (if we weren't in August) or a flight of fantasy. But this Porsche 356 really is ready to take on the ice of the Antarctic in the hands of driver and charity fundraiser extraordinaire Renée Brinkerhoff.

The Antarctica endeavour – to drive 356 miles in the harshest, coldest terrain in the world, and to achieve a new Land Speed Record on the ice of Antarctica – will mark the finale of Valkyrie Racing’s Project 356 World Rally. If successful, it will result in a global record of a near 20,000-mile trek on all seven continents – a feat no man, woman or classic car has yet to do.

Renée’s personal quest is to end the plight of human trafficking on an international scale. She has been competing in historic motor sport, driving the 356, since 2013 in world-renowned endurance rallies including La Carrera Panamericana, Peking to Paris and the East African Safari Classic Rally, but she sees Antarctica as the ultimate challenge.

The 1956 Porsche 356A (shown above as a mock-up, with its old livery, since updated) has been re-engineered to handle the demands of driving 356 miles on ice in Antarctica, with steerable skis on the front and snow tracks on the rear. These are removable to allow the car to be fitted with wheels again quickly and easily. A large frame on the front of the Porsche will help to prevent the car from digging into soft snow or from falling into crevasses – the biggest danger when crossing the Antarctic.

The design and fabrication of the ice-and-snow conversion was prepared by Antarctica expert and South Pole record holder Kieron Bradley. Additional mechanical preparation for the cold temperatures has been carried out by Tuthill Porsche.

Renée is scheduled to depart from Union Glacier in Antarctica in early December, making the expedition with legendary adventurer Jason De Carteret as her navigator. De Carteret is a British explorer who has earned recognition by securing the world record for polar exploration, and to date he has been to both the North and South Poles nearly a dozen times.

Renee’s fundraising arm, Valkyrie Gives, is a Colorado-based non-profit foundation that has already raised nearly $400,000 – with goals to reach $1m and beyond. Together with her daughter Christina, who helps steer the foundation and is the operation’s manager for Brinkerhoff’s worldwide racing efforts, the mother-daughter team has not only broadened awareness but has held on-site involvement at organisations in remote areas within China, Mongolia, Peru and Kenya. Importantly, Valkyrie Gives contributes 100 percent of all money raised to the cause. 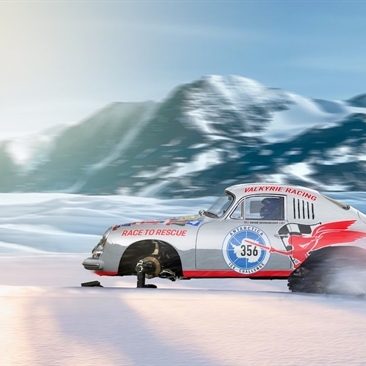 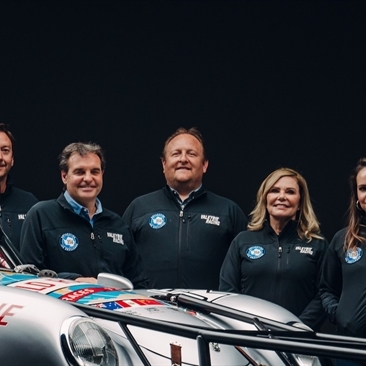