Legendary Italian design house Pininfarina has announced that it will celebrate its 90th anniversary with a special exhibition at the Museo Nazionale dell’Automobile di Torino (Turin National Automobile Museum, or MAUTO).

The La Forma del Futuro (The Shape of the Future) exhibition includes 16 “exceptional cars” offered by Pininfarina to demonstrate the development of its avant-garde styling philosophies over the course of its 90-year history. The exhibition will run until September 12, 2021.

Originally founded in 1930, Pininfarina is celebrating its 90th anniversary one year late because of the coronavirus pandemic. Visitors will be guided through the company’s history by the voice of Paolo Pininfarina, the company’s current manager and direct descendant of its founder; Battista ‘Pinin’ Farina. Visitors can access Paolo’s commentary by using a smartphone to scan QR codes found around the museum.

The 16 cars are divided across several thematic areas throughout the venue, which tells the story of Pininfarina’s history, its personalities and the cars it designed. The exhibition opens with the Art section, which features Pininfarina’s first car, a stunning 1948 Cisitalia 202 Berlinetta.

The 202’s alluring bodywork is an early example of aerodynamically conscious design, which Battista Farina described as “the form of speed”. In 1951, this car became the first to be inducted into the New York Museum of Modern Art, and it has since become a permanent exhibit in the Turin museum.

Meanwhile, the Style area of the exhibit celebrates Pininfarina’s long collaboration with Ferrari, with the selection of three models wearing the Cavallino Rampante emblems. The first is a Ferrari P6 Berlinetta Speciale concept, described by Paolo Pininfarina as “the mother of all berlinettas”.

The P6 went on to inspire the second car included in the area, a 1971 Ferrari 365 Berlinetta Boxer, Maranello’s first mid-engined production car. And the final model of the section is a 2013 Ferrari Sergio concept, which was designed as a tribute to the passing of Sergio Pininfarina during the previous year.

Next, is the Research section of the exhibit, which showcases models that represent Pininfarina’s studies into aerodynamic forms, safety, interior design and environmentally conscious materials and drive systems. These themes are represented by the CNR Energetica 1 prototype, the trio of Ethos eco cars and the Nido city car.

In the Technology area, two racing cars are displayed to demonstrate how motor sport is used as a proving ground for technological innovations. First, there is the 1969 Ferrari Sigma Grand Prix car concept, which still looks futuristic today, despite being 52 years old.

The Sigma was never designed to compete in the World Championship; its purpose was to demonstrate how safety features could be incorporated into Formula 1 cars, at a time when the sport was still extremely dangerous and fatalities were common. The other car in the Technology section is the 2018 H2 Speed, a 186mph electric supercar designed for the track and propelled by a cutting-edge hydrogen fuel cell.

The penultimate Mito area is dedicated to Pininfarina’s “masterpieces whose timeless styling has lodged them in the collective imagination”. Famously driven by Dustin Hoffman in The Graduate, an Alfa Romeo Spider Duetto takes centre stage here. The classic ’60s roadster is joined by the 2uettottanta concept, which was designed in 2010 as a tribute to Pininfarina’s 80th anniversary and Alfa Romeo’s centenary anniversary.

The grand finale of the exhibition is the Future area, which showcases the direction Pininfarina in which is heading over the coming years. Two concept cars can be found in this section, each demonstrating different destinations for the future of the automobile. The first is the Sintesi EV, which, as Pininfarina explains, explores “the future of the car in terms of technology, architecture and connectivity”. The second is the Cambiano concept, a high-performance luxury car with an electric powertrain which is range-extended with a small diesel generator.

Pininfarina CEO Silvio Angori says: “The form of the future is always front and centre of our thinking; in the next decade cars will no longer be the same as we have designed and built for 90 years. They will be connected, shared, electrified and autonomous. We are part of this revolution.” 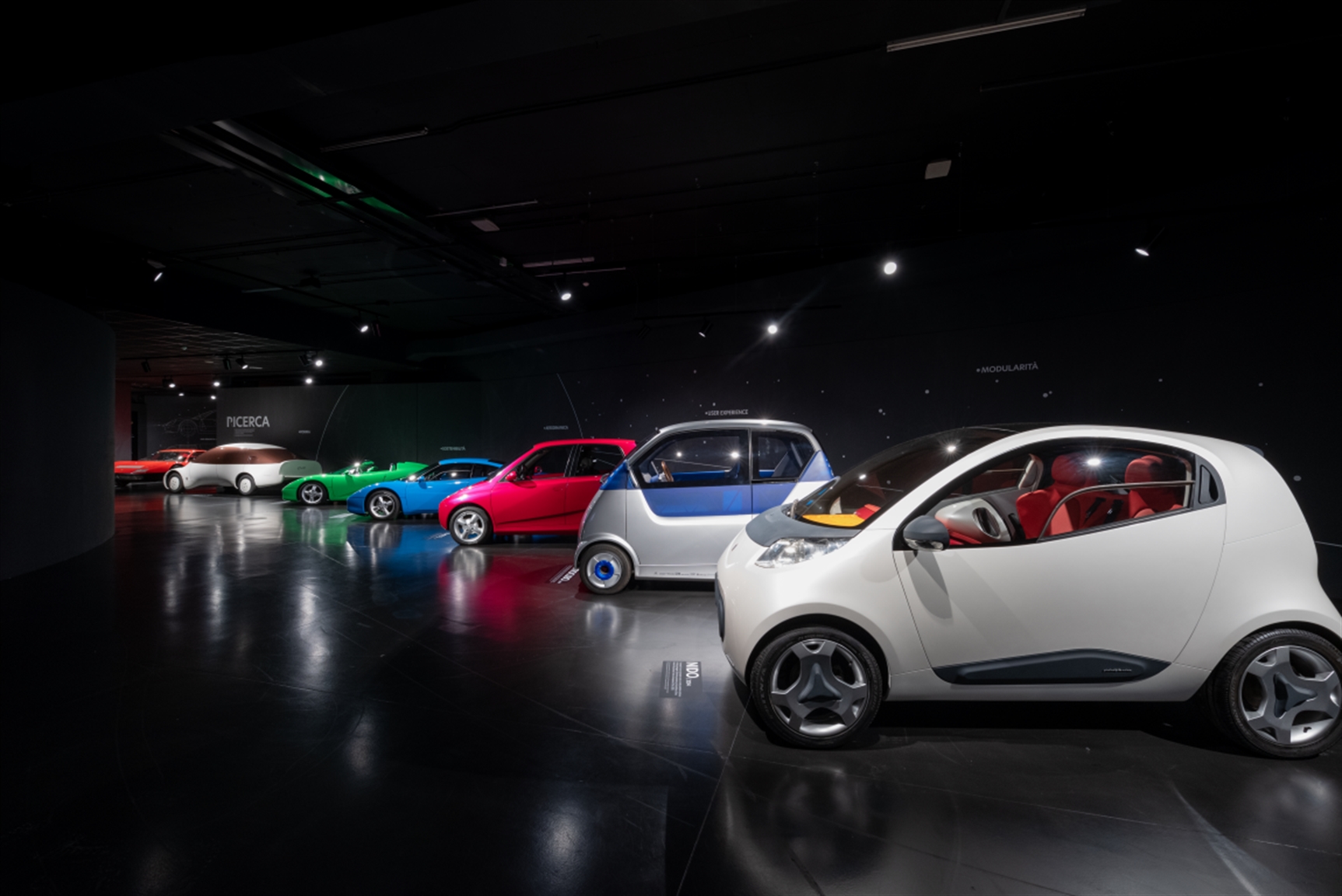 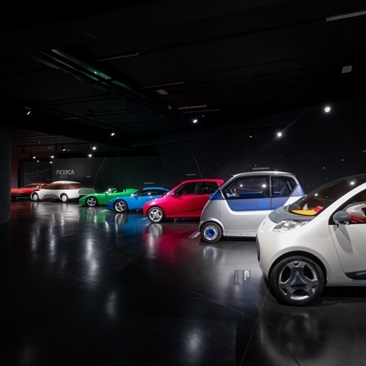 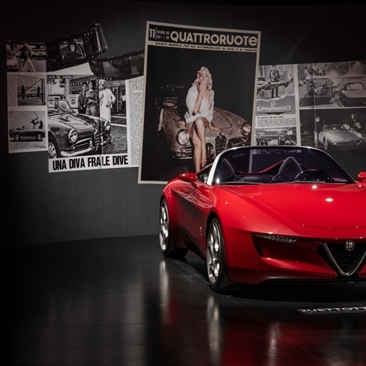 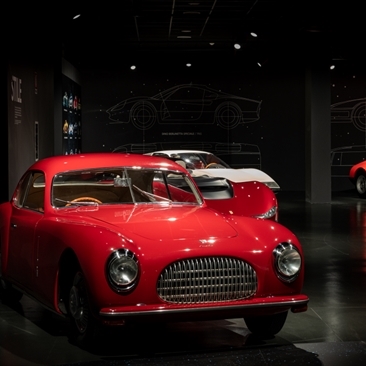 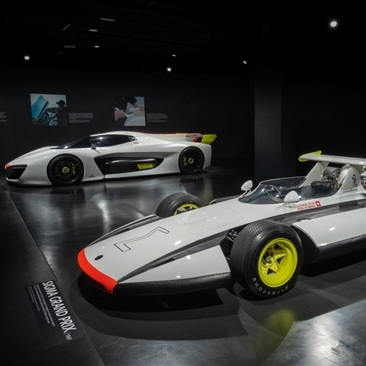 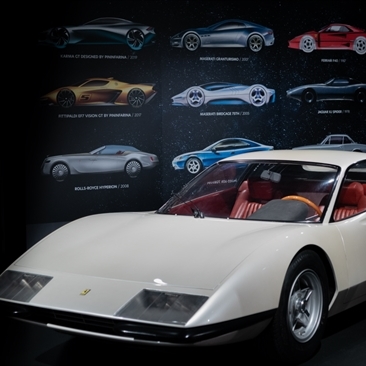 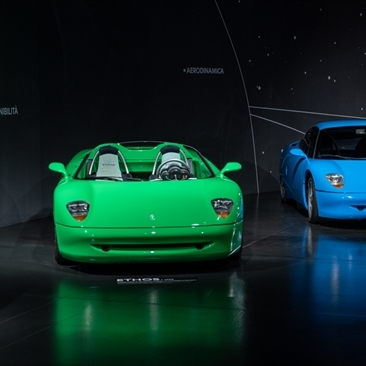 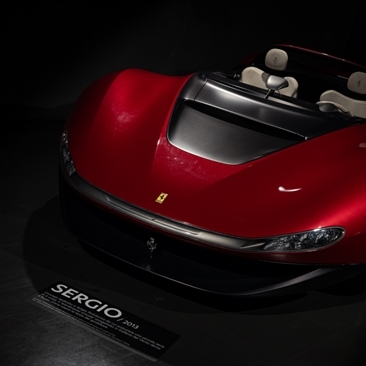 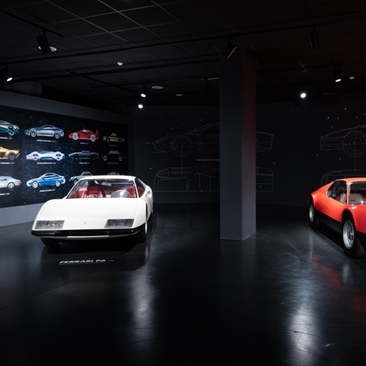