The 70th anniversary of Porsche’s first-ever class win at the 1951 Le Mans 24 Hours was celebrated on Thursday, June 24 by bringing out the winning car for a display and seminar at the Petersen Automobile Museum in Los Angeles, California.

The car, 356/2-063, has a fascinating history, having started out as one of the unfinished aluminium 356 bodies left behind at Ferry Porsche’s first base in Gmünd, Austria when he moved production to Stuttgart. These stragglers were completed by workers at Tatra in 1950 and later delivered to Zuffenhausen.

In 1950, entrepreneur Auguste Veuillet and Le Mans race director Charles Faroux suggested to Porsche that a 356 should be entered into the 1951 race. Although this was a major undertaking for the company, three cars were built – but three accidents during test drives left just one car remaining: 063.

It was driven in the race by Veuillet and Edmond Mouche. Despite heavy rain, the little 356 ran well, setting its best lap time of 5:44.7 minutes on lap 158 – an average of almost 141km/h. Veuillet and Mouche won their class and finished 20th overall.

The car then took part in the 1951 Liège-Rome-Liège race, for which the turn signals were moved further to the outside to make room for supertone horns and more powerful auxiliary lights, finishing tenth. It then set three international records at Montlhéry before becoming one of three 356 SLs exported to the US, having been restored to standard condition.

It was initially sold to Jack Rutherford, but then returned to importer Max Hoffman and sold to racer John von Neumann. To reduce weight he asked coachbuilder Emil Diedt to remove the roof. It then passed through various owners, to end up with Chuck Forge in 1957, who had the car restored in 1981. When Forge died in 2009, Porsche collector Cameron Healy was able to buy 063, by then a dark-red aluminium-bodied 356 Spyder.

Looking over 063, Porsche restorer and modifier Rod Emory noticed inconsistencies, prompting Cameron to investigate in the archive in Zuffenhausen. Scratched markings on the panels, evidence of the turn signals having been moved and damage on a wheel cover that can be seen in historic Le Mans photos were all backed up the documentation discovered, showing that 063 is likely to be the Le Mans class winner.

As a result, Rod measured the other two 356 SLs imported with 063 (one is in Mexico, the other in the Collier Collection in Florida) with a laser, created wooden moulds and hammered out a new roof using tools from the 1940s. The 356 was returned to 1951 Le Mans specification.

All this was explained by Cameron and Rod at the Petersen. Healy also announced the publication of two upcoming books. The first, Destined for Victory, is being written and illustrated by Dwight Knowlton, and will be initially published as a 70th anniversary first edition in early December by Carpe Viam. The second will be a detailed history of 356SL-063 and its impact on the young Porsche company’s ultimate success in business through motor sport. It’s expected to be published in the second quarter of 2022. 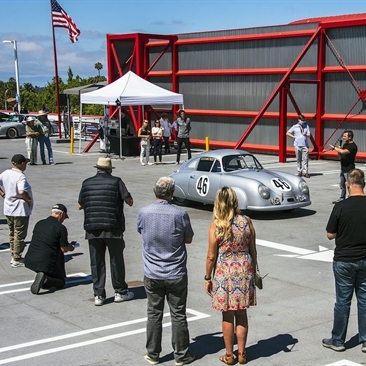 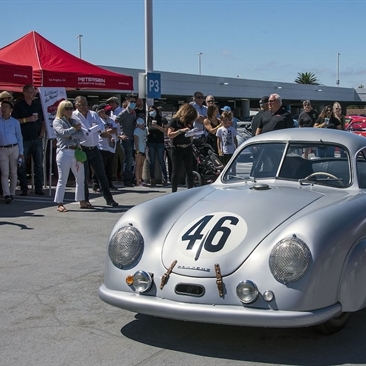 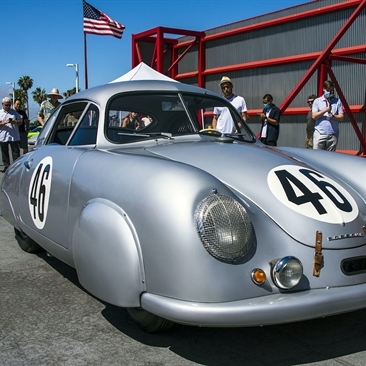 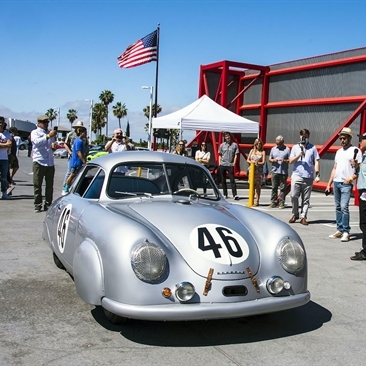