Adrian was born in 1949, and was exposed to motor racing from an early age thanks to his father’s exploits as a Works driver for Jaguar and Ferrari. Duncan founded his eponymous car sales company, Duncan Hamilton & Co Limited in 1948; little did he know what his yet-unborn son would mould his fledgling company into.

During Adrian’s early years, he was keen to emulate his charismatic father by becoming a racing driver. Duncan, however, always quelled such aspirations after being traumatised by the untimely loss of so many friends during his career.

Leaving school at the earliest opportunity and without any formal qualifications, Adrian joined the merchant navy in 1964 at the behest of his father, who served in the Royal Navy’s Fleet Air Arm during World War Two.

After 18 months of service, Adrian’s passion for cars remained as strong as ever. When a vacancy as a cleaner and driver at the family business came up in 1968, he returned ashore and didn’t look back.

With employment in the automotive industry secured, Adrian’s involvement in motor sport soon followed. By the late 1960s and early ’70s he was running Ford Escorts for the late John Hine and 14-time Isle of Man TT winner Mike Hailwood.

It was around this time that Adrian began personally competing in British club racing behind the wheel of a fearsome Ford GT40. He also made a comical one-off appearance in a saloon car race at Thruxton driving the unlikeliest of machines: a Mercedes-Benz 600 Grosser.

With an infamous reputation as the default car for dictators, tyrants and despots, the imposing Grosser belonged to Adrian’s father, who had kindly lent it to him for the weekend. Duncan would have undoubtedly been displeased had he learned of his son’s plan to unceremoniously manhandle his three-tonne Mercedes around the UK’s fastest race circuit. Thankfully, Duncan’s Mercedes somehow made it across the finish line unscathed, albeit in desperate need of new discs and pads.

Since then, Adrian added nine trips to Le Mans to his motor sport resumé as both a driver and team manager. His son Archie has nobly taken on the mantle of his family’s Le Mans heroics in recent times, including an emotional entry into the 2013 event exactly 60 years on from his grandfather’s famous victory for Jaguar.

Motor sport escapades aside, Adrian will be best remembered for the indelible impact he made during his career as a historic car trader and collector. The breathtaking array of cars he sold through the family business speak for themselves: seven Porsche 917s, 20 Ford GT40s, numerous Jaguar C and D-types, and nine Ferrari 250GTOs, to name a few.

In 1990 Adrian was responsible for brokering the sale of a particularly special car: the 1954 Mercedes-Benz W196 that Juan Manuel Fangio drove to historic German and Swiss Grand Prix victories. Adrian sold the W196 to a renowned French collector for what was a world-record price at the time. The Silver Arrow was resold in Bonhams’ Goodwood Festival of Speed event in 2013, becoming the most expensive Grand Prix car ever sold at auction, with a winning bid of $29,600,000 (£21,747,922).

Clearly, Adrian traded, owned and drove a scarcely believable catalogue of cars during his lifetime. However, it was his father’s Le Mans-winning 1953 Jaguar C-type that left the biggest impact. Adrian bought his father’s C-type in 1984 from Briggs Cunningham after a chance encounter at Pebble Beach set up the perfect opportunity for an offer.

The offer was accepted, and 26 years of eventful and happy ownership followed. The C-type’s tenure in Adrian’s ownership is marked by a class win at the Le Mans Classic with the late Sir Stirling Moss, several Goodwood Revival victories and the completion of the 1012-mile Colorado Grand charity tour.

However, Adrian’s most poignant memory of the car came when he retraced his father’s wheel tracks by driving it down the Circuit de la Sarthe’s Mulsanne Straight in floods of tears. Adrian sold his father’s C-type around ten years ago after a collector offered him a considerable sum for it; it was a decision he lived to regret, but one that almost all enthusiasts can empathise with.

After bidding his father’s C-type farewell, Adrian began assembling the famous ROFGO Collection of iconic Gulf-liveried racing cars in 2011 alongside German businessman Roald Goethe. The idea for the collection came when Adrian was involved in selling one of the four ex-Works Ford GT40s on behalf of a client. Roald was interested in buying the GT40, and wanted ideas for putting a collection together. Thus the seed was planted.

Today, the ROFGO Collection has swelled to more than 40 vehicles that chart the company’s 80-year involvement in motor racing, growing so quickly that the cars had to be moved to a new purpose-built facility in 2017. The collection includes everything from a 2011 Aston Martin AMR-ONE LMP1 to a 1971 Mercedes-Benz transporter lorry used in period by the Gulf-JW Automotive team. The only notable omission from the collection to date is the Ford GT Mirage M3.

For over half a century Adrian Hamilton harnessed his natural talent, unwavering enthusiasm, dependability and discerning knowledge to mould the business bearing his father’s name into the world-renowned company it is today. Adrian is survived by his six loving children. 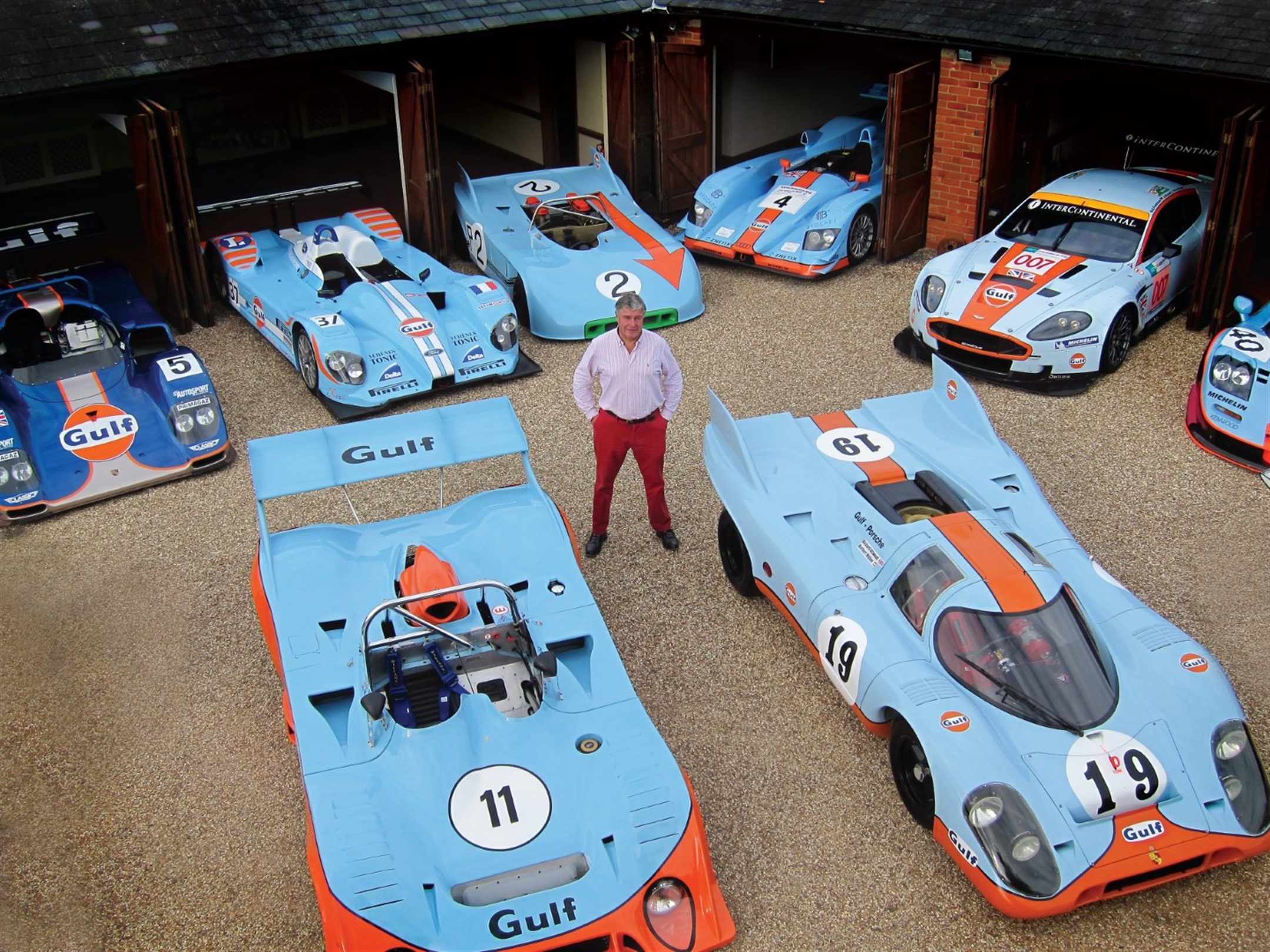 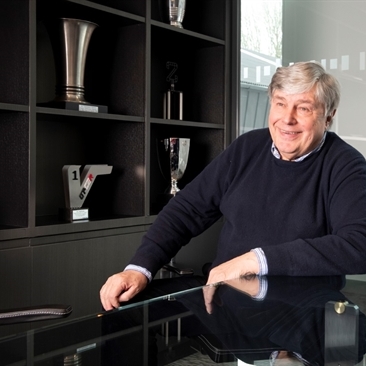