John Sprinzel became one of the best-known drivers of his era despite never racing single-seaters, which didn’t interest him. What he really enjoyed was taking an ordinary production car – ideally small-engined with little or no sporting pretensions – modifying it within the regulations, and then driving the wheels off it in some of the world’s top-flight motor sport events.

These giant-killing feats endeared him to the public; his natural charisma, ready wit and disarmingly self-effacing manner sparkled in front of a camera. John’s natural PR capabilities have led some later writers to doubt he was really ‘quick’… but not his fellow drivers – they respected John’s skill at the wheel and knew that, on his day, he could beat just about any of them.

John took part in over 100 International competitions, in more than 40 different makes of car – from an 803cc Austin A30 to a Holman Moody 7.0-litre Ford Galaxie – and he was a member of the manufacturer works teams of 11 different companies. He led the trio of Austin-Healey Sprites that won their class 1-2-3 in the 1958 Coupe des Alpes, driving one registered PMO 200, a number plate that would become well known to motor sport fans around the world.

Sprinzel became the British Rally Champion of 1959, mostly co-driven by future BMC and Ford competitions manager Stuart Turner. But John’s best individual rally results both came in 1960: third overall on the Liège-Rome-Liège – the highest-placed finish by a 1.0-litre car on this non-stop four-day road race – and second overall on the RAC Rally.

On the British circuits in 1958, he had come within a whisker of winning outright the inaugural British Saloon Car Championship, taking the 1.0-litre class. In 1960, John achieved another class win at the 12 Hours of Sebring in a special-bodied works Sprite. There were also the four books he wrote, as well as countless articles for the motoring press. In addition, he was the commentator for ITV’s World of Sport Rallycross coverage – starting by coining the name ‘Rallycross’.

John took his own MG Midget (registered PMO 200) on the 1968 London-Sydney Marathon – when not driving for a works team, he was always an eager privateer, out to beat the manufacturers at their own game. He went on to organise the 1970 World Cup Rally for the Daily Mirror, which has been described as the toughest rally of all time.

John was born in 1930 in Berlin, where his father was a film director for Paramount Newsreel and his mother a dress designer. In 1933, his father was sent over to Britain to set up Paramount’s London office, and the family settled in Golders Green. From the top of the hill where they lived in 1940, John watched the Battle of Britain dogfights over the south coast. Naturally when he came to do his National Service, John chose the RAF.

Returning to civvy street, John built up the silk-screen printing business his father had set up to publish his mother’s fashion sketches. Soon they were producing waterslide transfers for everything from Dewar’s Scotch Whisky bottles to the seven-million plastic mugs produced for the Queen’s coronation.

But in 1955, he saw an Autosport announcement that entries were opening for the British International Rally, so first thing next morning he turned up at the RAC’s Pall Mall headquarters – so early that he was allocated start number one. Finding a suitable car had been a problem, as he and his friends all ran pre-war models, which the RAC would not allow. A late-night phone call to his mum, however, had secured the loan of her year-old Austin A30, for what John explained was a “touring holiday with a couple of friends in Wales and the Lake District”.

Trickily, film of the start was shown on the ITV evening news, which the Sprinzel parents were watching at home, and being car number one John featured heavily… he was soon forgiven, however. Despite the toughest of weather conditions, he had finished the event – and come sixth in a class of 20. It was all the encouragement John needed.

He bought a Triumph TR2 and went rallying seriously for a season, before realising that all the other ‘likely lads’ were driving TRs. In order to get noticed, John was going to have to go for something much more un-’likely’. Since BMC had developed the A30 with a larger, stronger engine, John bought one of the run-out A30s that had been modified at the works to A35 specification.

Many rallies then included special tests at racing circuits, so John decided he needed race experience and he signed on for the Whit Monday Bank Holiday meeting at Goodwood in June 1957. It was a handicap race – which John duly won. John Bolster found he had a few minutes to fill for his live BBC television broadcast, so he interviewed the young driver about the “extraordinary speed” of his Austin A35. Speedwell Performance Conversions was born in that moment – and in the hundreds of calls that poured in over the next few weeks, because John had cleverly given the phone number of his father’s printworks in the broadcast.

John threw all his considerable promotional ability into Speedwell, which, combined with his adept driving in both races and rallies, really caught the public’s eye. John wrote his first book Modified Motoring: Improved Performance from a Production Car, a hot seller which went to a second edition in 1961.

But towards the end of 1959, he felt the time had come for him to accept a new challenge – which came from Donald Healey himself. He asked John to set up the Speed Equipment Division of the Donald Healey Motor Company, with the promise of works drives in the World Sports Car Championship races, the Sebring 12 Hours and the Le Mans 24 Hours.

John set to work with Geoffrey Healey to draw up a set of homologation papers for the Sebring Sprite, a modified version of the Healeys’ small sports car. The Sebring outing achieved its aim – a class win – but it was a hard-won success: the development Sprite burned a hole in its cylinder head and John had to push it some four miles back to the pits under the fierce Florida sun.

The hoped-for Le Mans outing sadly did not materialise for John, as he took a Sprite on the Acropolis Rally, where his youthful co-driver left the road and hit a tree at night while John was asleep. It was a bad accident, after which the car’s ‘frog eyes’ were found to be facing each other. John also broke his wrist, which prevented him driving in the great French race.

Towards the end of 1960, the rental of their London premises was proving quite a strain on the Healeys’ resources, so Donald allowed John to buy the Speed Equipment Division and set up his own garage business in Lancaster Mews in West London, with generous support from Castrol. Throughout the 1960s and into the 1970s, ‘the Mews’ became a go-to destination for young people wanting to get into motor sport or just get a bit more power from their road cars. The Mini became the fashionable town car, and John started giving them luxurious coach-trimmed interiors, with engine modifications to compensate for the extra weight.

In the following years, John would add to his tally of ‘works’ drives, which eventually would include Austin, Austin-Healey, Morris, MG, Standard-Triumph, Rover Cars, Saab, Porsche, Datsun and the Ford Motor Company (both the British firm and its US parent).

John also sold new cars at his garage, gaining a Marcos dealership through which he met his life-partner Caryl, who arrived at the Mews to buy a Marcos and was captivated by John’s magnetic personality. He was struck by her PhD in Psychology and the qualifications for her part-time modelling career – a figure to die for and the smile of the young Shirley MacLaine.

John had bought a string of garages between Brackley (where he ran a BL new-car delivery operation) and London. In addition to an MG dealership at the Mews – which duly become the most successful in the country – he was selling Porsches, Alfa Romeos, Jensens, Fords and Opels; powerful sports cars which overnight became unsaleable when the 1973 oil crisis hit. Selling his premises and stock – at knock-down prices – to his former staff meant that they could lie low and wait for normality to return to the world. Meanwhile Caryl and John moved to an old windmill, which they restored, and lived the ‘Good Life’ on its smallholding.

In 1979 they discovered windsurfing and became so proficient at it they represented Greece three times in the World Championships. Inevitably the attraction of decent weather lured them to the Mediterranean and, selling up in the UK, they started a windsurfing school on Corfu and later another on the Turkish Aegean coast.

Outside the summer holiday season, they became ‘live-aboards’ on a 28-foot yacht, sailing round the Greek islands. Before long, multiple World Champion sailboarder Robby Naish invited the couple to Hawaii, where both fabulous weather and high winds proved irresistible. They moved to the islands, retiring from windsurfing only at the end of the 1980s and building a house in a secluded spot.

Stuart Turner believes his successful season co-driving for John Sprinzel in 1959 helped launch his International motor sport career. “One of the great joys of being involved in motor sport was knowing and working with John Sprinzel, both as his rally navigator and team manager,” says Stuart. “I knew first-hand that he was a good driver, having done a 92-hour Liège Rally with him in a Sprite. He did almost all the driving, and I recall him saying later that if anyone ever asks you to do 92 hours in a Sprite you should immediately seek medical help!

“John was a great character with a lively personality, very alert to all the angles. He also had a keen sense of humour – for example during the virus saga of the past year emails regularly arrived from John with cartoons or jokes to raise a smile. Much appreciated! A great man who will be much missed.” 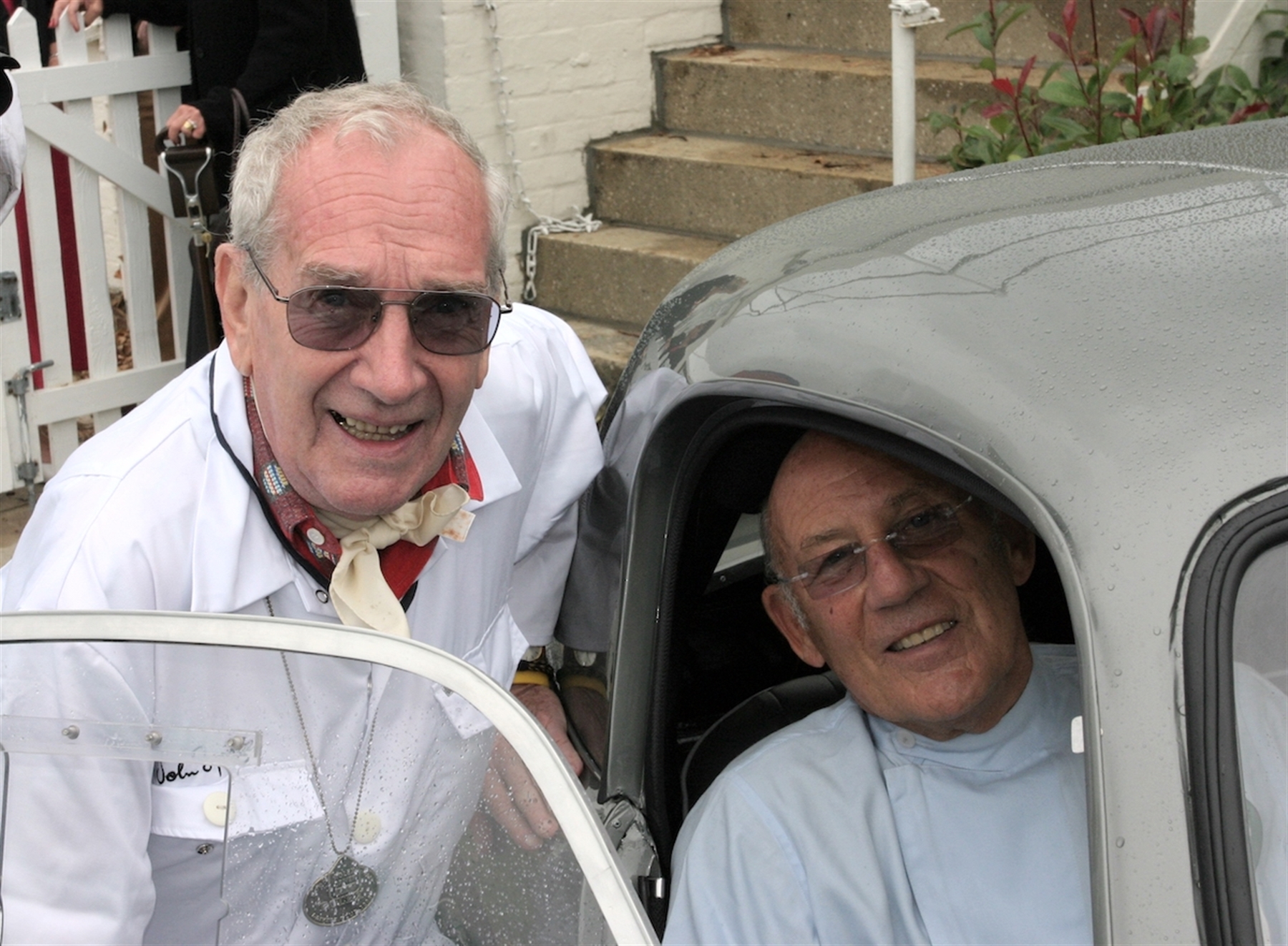 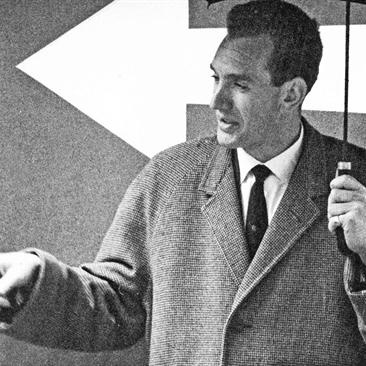 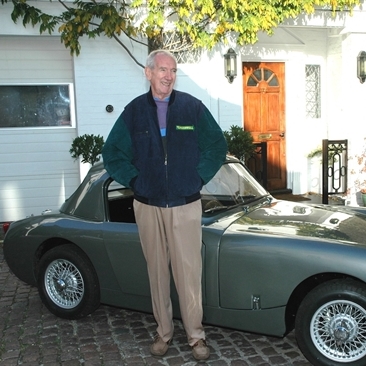 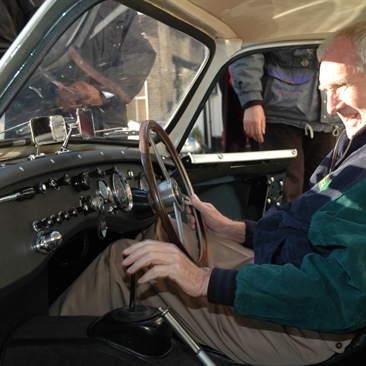 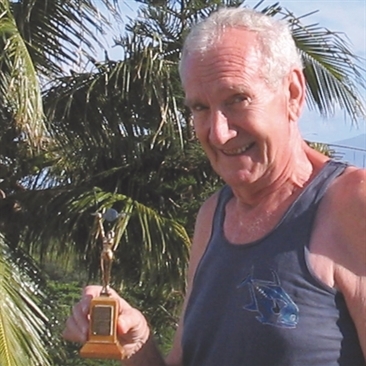