Morgan isn’t a manufacturer known for its off-road offerings, but all that is set to change after the famously idiosyncratic brand announced it will build a new car “designed explicitly for overland adventure… opening routes, landscapes and destinations” that were previously inaccessible to Morgan sports cars.

Based on the recently launched Plus Four roadster, the new limited-edition model will be known as the Plus Four CX-T (with ‘T’ standing for Trial) and has been developed alongside Dakar Rally specialist Rally Raid UK. Just eight of these intrepid new models will be produced, with a list price of £170,000 ($236,681) plus local taxes.

While the CX-T may seem like an unprecedented or even bizarre direction for the distinguished British marque to venture into, there is history of the hand-made models venturing off the beaten track.

In fact, Morgan’s head of design Jonathan Wells confirmed the Worcestershire-based marque has been “conceptualising modern-day trialling vehicles for many years”, and Morgan owners have been known to use their cars for demanding rallies including the demanding trans-continental Peking to Paris in times past.

But how has the Malvern-based manufacturer equipped its distinctly asphalt-favouring Plus Four for audacious off-road adventuring? The first and most visually apparent alteration to mention is the fitment of knobbly off-road tyres, to help the plucky little sports car haul itself over uneven surfaces.

The chunkier rubber is paired with a revised suspension system that uses modified wishbones from the Plus Six. The tyres, suspension and cavernous arches facilitate an additional 230mm of ground clearance over the standard Plus Four’s. A consequence of the radical changes to the tyre and suspension set-up mandated the need for a shorter final-drive ratio that will also be more suited to off-roading.

Nature has a habit of mercilessly presenting many potentially car-killing hazards when drivers stray from the kind congeniality of Tarmac, so Morgan has made sure to toughen up the CX-T for the dirt, boulders and water the car will be challenged with.

This starts with a 6mm-thick aluminium five-piece underbody-protection system, designed to protect the car’s vital components, as well as a bespoke side-exit exhaust system that allows for more suspension travel. Water ingress is dealt with by a raised air intake and bonnet line, to enable wading and more efficient cooling.

Internal and external roll cages are mated to the Plus Four’s new bonded-aluminium chassis construction for safety, stiffness and the ability to store important off-roading ephemera such as extra tyres, water and fuel tanks, a shovel and an all-important first-aid kit mounted behind the seats.

Despite its rugged appearance the CX-T has forgone the complexity of four-wheel drive, with the BMW-sourced 2.0-litre turbocharged four-cylinder continuing to send its 255bhp to the rear wheels. The car’s impressive 1300kg kerbweight should minimise any limitations this may present, as will the fitment of a BMW X-Drive locking differential.

Anyone sceptical of the capabilities of a rear-wheel-drive off-roader based on a lightweight British sports car need only watch last year’s Grand Tour special, in which James May’s similarly rugged Caterham 310R surprised viewers with its off-road competence.

In true Morgan tradition, each of the eight cars will be unique, with specifications selected in consultation between Morgan and the owners. Although unconfirmed, it is expected that both manual and dual-clutch automatic options will be available, as is the case with the standard model. 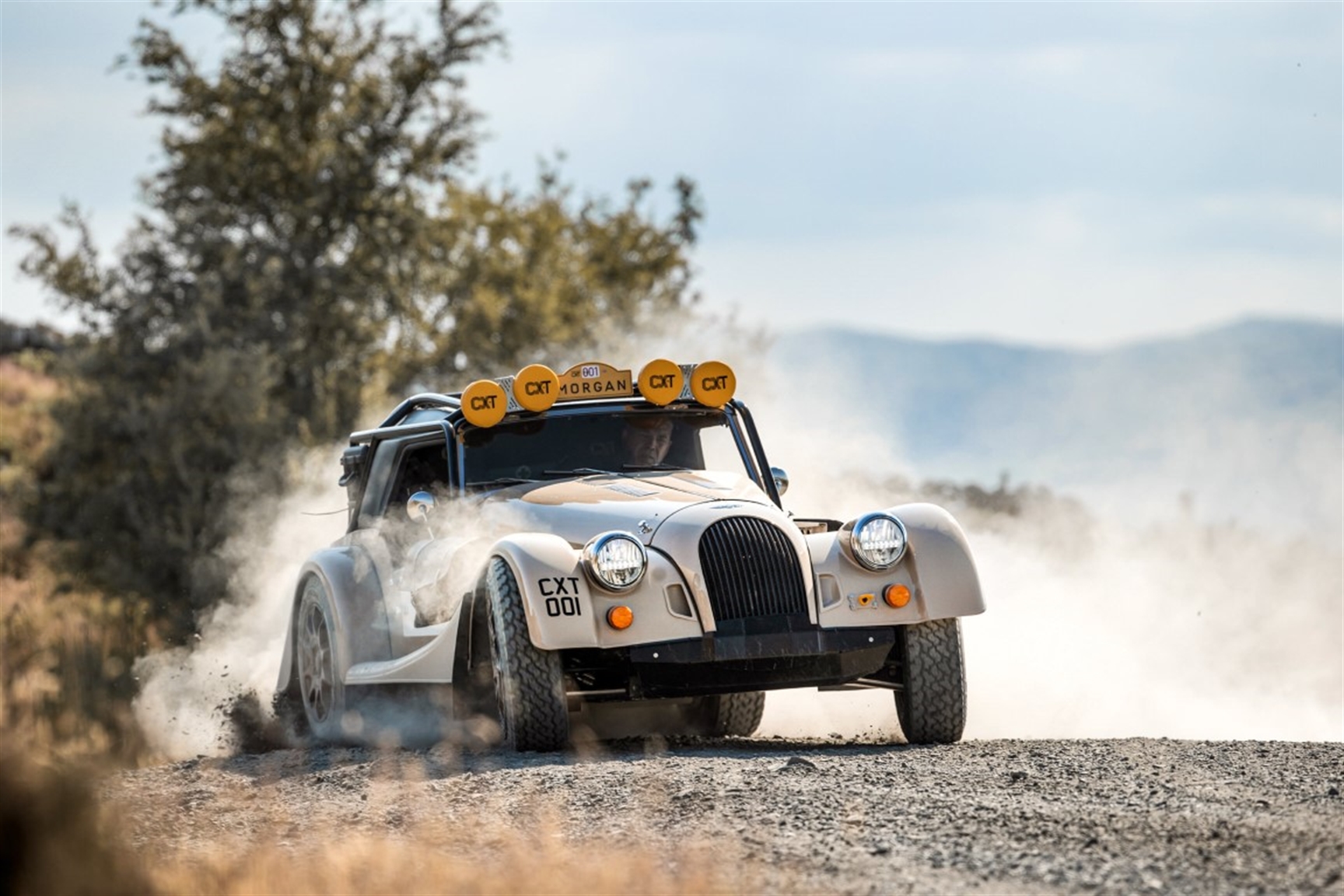 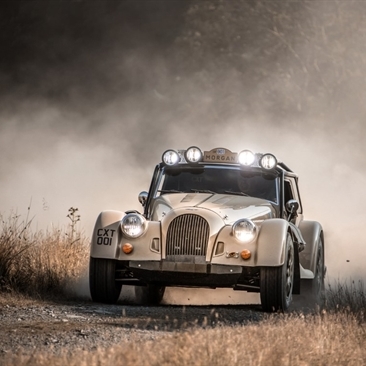 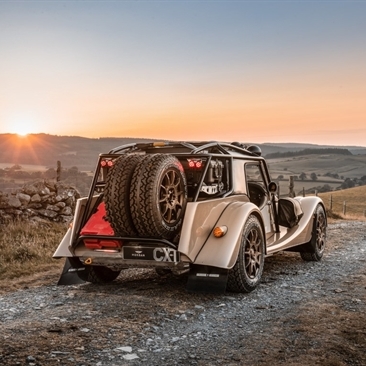 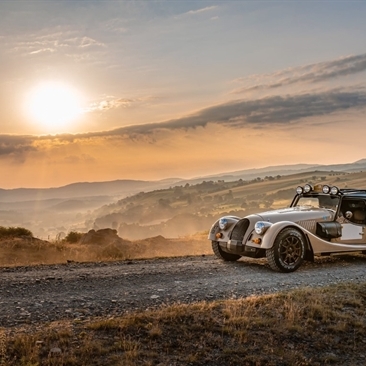 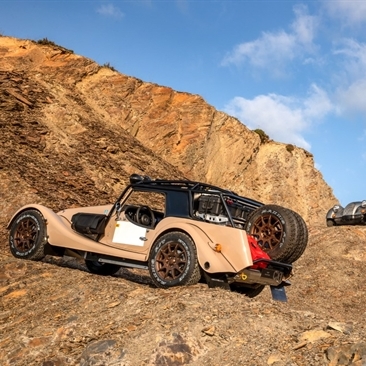