Two cars, near enough identical in appearance except for the colours – but one has 92 years of invaluable history, while the other is brand new. ‘Invaluable’? Actually, the 1929 Bentley Blower No.2 Team Car is estimated to be worth around £25 million, while if you’d bought one of Bentley’s 12 new Continuation versions of the Blower, you’d have paid around £1.5 million.

This week the two cars are at Millbrook Proving Ground in Bedfordshire, UK. The Continuation is the development prototype ‘Car Zero’, built ahead of the 12 customer cars. It’s 1500 miles into its 8000-mile intense testing, and Magneto was there to try it out: the first test drive of Bentley’s first-ever Continuation car.

The original car on site has been owned by Bentley since 2000. It’s the No.2 Team Car of four built by Sir Henry ‘Tim’ Birkin for racing, having persuaded Bentley chairman Woolf Barnato to sanction the build of 55 supercharged versions of the established 4½ Litre, against the wishes of WO Bentley. Fifty were required for homologation, in road spec; the other five were set aside for competition. Two of Birkin’s Team Cars raced at Le Mans in 1930, failing to finish but credited with helping to break the competition, allowing another Bentley win.

In more recent years Bentley Motors has made good use of No.2, to the point that the car was in need of sympathetic restoration. Meanwhile, other manufacturers were making a commercial success of continuation cars. With plans to revive its Mulliner coachbuilding division, Bentley announced at its 2019 centenary celebrations that No.2 would be stripped down, digitally scanned and restored alongside the build of 12 new versions of No.2 in its 1930 Le Mans specification.

Lockdown slowed progress, but by that point it had already become clear that there were more differences between the Team Cars and standard production Blowers than anyone – specialists included – had realised, and that No.2’s 1960s refresh had been more extensive than first thought. The chassis had clearly been accident damaged at least twice and was twisted in two planes, and the body fabric was in leathercloth rather than the correct painted Rexine.

If you count each major assembly such as the engine, gearbox, axle etc as single parts, then Bentley created 1846 for the Continuations. But as 230 of these ‘parts’ are actually assemblies, the number of individual components designed and hand-crafted number several thousand.

Materials and production methods were kept authentic, working with existing Vintage Bentley specialists such as RC Moss, NDR and William Medcalf, plus heavy engineering companies like the steam-train boiler makers employed to produce the chassis using traditional methods. Rexine, made available once again only in the past decade, is used over five-year-aged ash for the bodywork, and castings are made in alloy as similar as possible to the magnesium used originally.

Customers have a choice of five authentic period Bentley colours, including the dark British Racing Green in which No.2 has been painted since at least the 1960s, and the Parsons Napier Green that it’s thought to have been previously painted in. Likewise the upholstery, recreated by Bridge of Weir in a choice of authentic colours. Apparently Oxblood is the popular choice so far.

By early 2021 Car Zero had been completed in the extended Mulliner workshops, and testing work started in earnest. To acclimatise drivers to the central accelerator position and the famously recalcitrant Bentley four-speed non-synchromesh gearbox, Team Car No.2 was brought in, having a more worn-in transmission than Car Zero. Training sessions in the near-invaluable No.2 were followed by a swift swap to Car Zero, giving the perfect chance to compare the original and the copy directly. Here’s how it goes…

Twin ignition magnetos on, fuel pump on, check (again) the ’box is in neutral, press the starter button and the engine roars instantly into life. Clutch down to the floor, gearlever firmly forwards, up with the clutch and a touch of accelerator, and the Bentley eases smoothly forward.

As speed builds, it’s time for the first test of skill. Off the accelerator, clutch down as the lever is pulled into neutral, up with the clutch and then straight back down again as the gearlever is pulled backwards into second.

The torque of the engine propels this 1500kg beast forward at surprising speed, so it’s time to try third gear. Again, clutch down and lever forward into neutral, clutch up and then quickly back down again at the same time that the gearlever is pushed across and forwards. Same again into fourth, and to change down the double-declutching is accompanied by a strident blip of the accelerator.

Well, that’s the theory… because it doesn’t always go like that. Too slow from second to third? Graunch! Too light-footed on the accelerator when changing down? Graunch! Failure to push the clutch right down to the floor or let it all the way up? Graunch! It’s utterly disheartening when you get it wrong time after time (don’t ask how I know), but euphorically satisfying when it comes together.

The steering wheel jiggles around and needs a tremendous heave even at speed, let alone when trundling around. The engine is a seething mass of torque, unphased (luckily) by missed shifts, clumsy starts and low-speed-high-gear running. It just pulls and pulls, bellowing in pleasure as the car rapidly builds momentum. It’s so much fun!

And how did the two versions compare? What’s common to both is that the engines fired instantaneously in each car, settling to a noisy but steady idle. The unblown 4½ Litres produced 130bhp compared with 175bhp for the road-specification Blowers and 240bhp at 4200rpm for the Team Cars, and yet there’s no hint of race-car temperament from either of the vehicles – and Car Zero’s engine is built to the same spec as No.2’s, running the same amount of boost from the Amherst Villiers supercharger.

Car Zero’s clutch and steering are lighter, its accelerator heavier, the engine smoother and even cleaner running than the Team Car’s. There’s not much to choose between the gearboxes, but where Car Zero was letting itself down on the test was the drum brakes; not yet bedded in, they didn’t inspire the confidence that its counterpart’s did. That will be fixed.

Direct from Bentley these Blower Continuations aren’t allowed to be used on public roads, but once in their home territories owners will be able to have them made road legal by specialists. Some will be tucked away, but it’s likely from the owners involved that most will be toured, rallied and raced. Nothing in the world can replace all that history in the Team Car, but for an authentic Vintage Bentley driving experience, the Continuation does the job admirably. 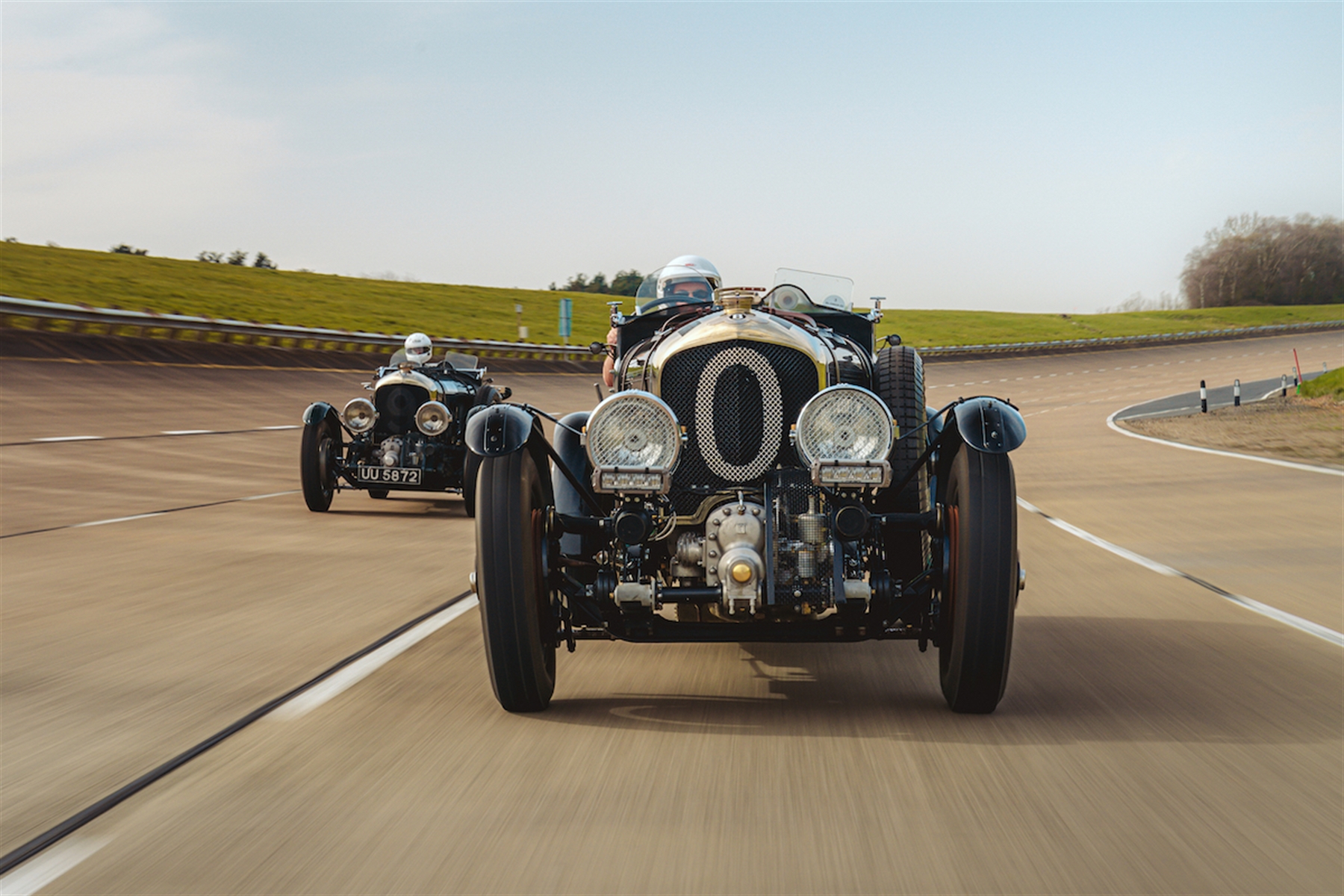 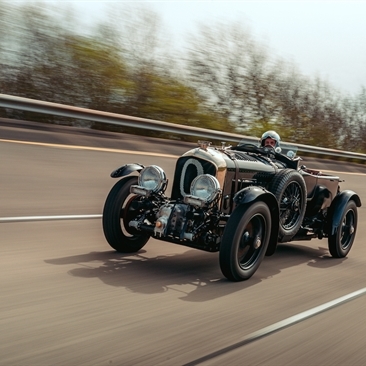 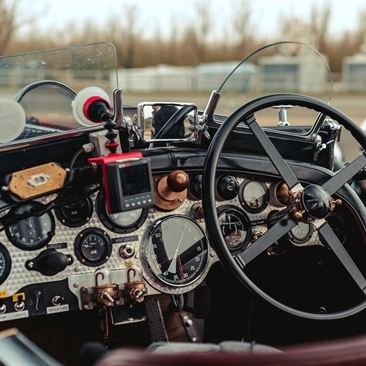 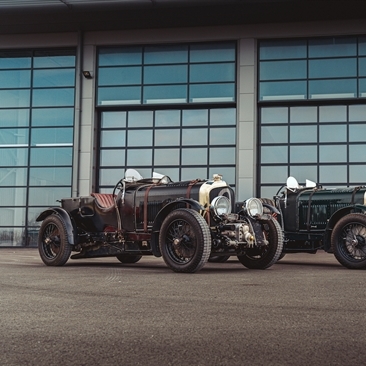 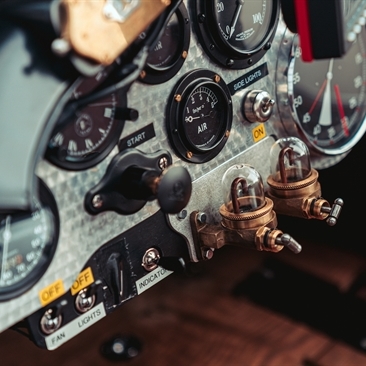 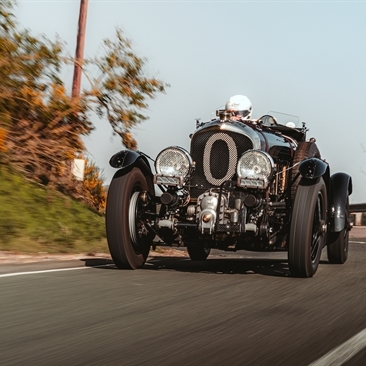 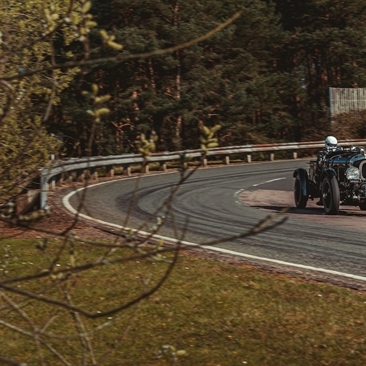 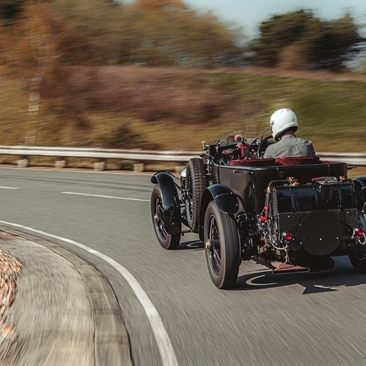 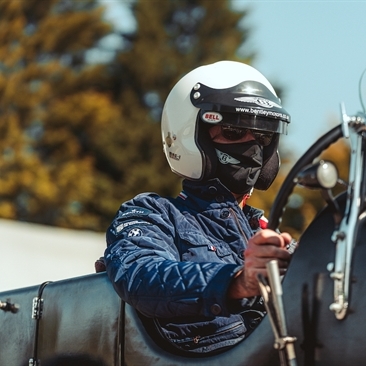