So, it looks like we have another restomod 964 here… Fully restored shell in wide-body specification? Check. Big alloys and grippy modern tyres? Check. Top-quality interior? Oh yes. And, of course, under the engine lid there will be a high-spec flat-six… won’t there?

Umm, no. This one’s a bit different. Actually, it’s a lot different. In place of the famous aircooled Boxer engine and five-speed transaxle there’s a state-of-the-art EV drivetrain driving the rear wheels, powered by a 53kWh battery pack distributed between the spaces previously occupied by the front-mounted fuel tank and the engine/transmission.

Five years ago you might have had to read that twice, but EV-powered classics are less, well, shocking nowadays. Where Everrati aims to move things along is by bringing in OEM levels of technology and build quality, with its key personnel having come from Daimler, VW, McLaren, Lotus and other supercar and motor sport companies.

This is the company’s first fully completed 964 ‘Signature’ model following a Targa-based engineering mule, and it joins Land Rover Defender and Mercedes SL EV conversions. Orders are already in, and the company is planning bases on the US West Coast and in the UAE, where it’s said there’s already significant interest. Its main HQ is in Oxfordshire, UK, sharing an industrial park and a handy ex-RAF runway with other tech companies.

Of all the classics to convert to EV, in many ways an aircooled 911 seems the most unlikely, with so much of its character based around the engine. The Everrati car does retain the suspension and cabin layout of the original 1989-94 964-generation 911, though, and is built without changing any of the structure, so it could be swapped back to the internal-combustion set-up in theory. The company will even provide the original engine in a special display case if you need to be reminded of it.

What that means is that it should steer and handle just like a classic 911. The reason the 964 is the 911 of choice for all those restomods out there is that it’s stronger than its predecessors and uses the classic 911 trailing-arm rear suspension, but on coil springs rather than the torsion bars of the earlier cars. It’s also simpler, particularly electrically, than its successor, the more valuable 993.

The EV powertrain of this car gives the equivalent of 500bhp and 500Nm (370lb ft) of torque, which is almost twice the output of the original and higher even than the benchmark Singer conversion. How will it feel? Only one way to find out.

Switching on the 964 prompts a little flat-six growl and just-detectible accompanying pulse of vibration through the seat and steering wheel from the sound generator solidly bolted to the underbody. It doesn’t have to sound like a flat-six; it could be Jetsons-style if you really wanted, and the volume is also easily adjustable. Indeed, in Eco mode it switches off automatically anyway. It’s a bit of fun that some will appreciate more than others – but bear in mind that many modern internal-combustion cars also use noise generation to a lesser extent.

The ‘gearlever’ is pushed forwards to go (or backwards for reverse), and then a gentle push on the accelerator pedal is all it takes for the 964 to ease forward as smoothly as an EV. Out onto the road we go, accelerate a bit more, completely effortlessly, and with the noise synthesiser off there’s little more than tyre noise audible. Even if you’re used to an EV’s uncanny progress, moving like this in what otherwise feels like a classic Porsche is kind of odd. Lift off the accelerator and the adjustable regen provides its own braking, almost to one-pedal levels of operation.

You probably want me to hate it, don’t you? But I don’t. There’s so much power, and all that instantly available torque, that it’s impossible to dislike even if the idea of removing the flat-six makes you want to smash your head against a wall. Trickling through built-up areas feels civilised and still special, surrounded as you are by all the accoutrements of a high-quality Porsche restomod.

When the road opens up, the remarkable torque fires the 964 forward, pushing you back in the seat (with apologies for the cliché) and blasting from zero to 60mph in under four seconds. The steering is just as responsive, the grip is far higher than a standard 964’s and the ride is firm and controlled without being in the least bit uncomfortable. You’re probably thinking that’s because of the great weight of the batteries, but in fact Everrati’s 964 weighs just a tad less than the standard car, with a similarly odd front-to-rear balance of 40:60.

How can this be so? Because those wide-body panels are all carbon fibre, pulling the weight down and bringing it towards the centre too, rather than in the heavy front and rear bumpers of the standard 964. The suspension on this car uses Everrati’s optional Tractive adaptive damping system, controlled via a small touchscreen on the centre console. Flipping between pre-programmed settings makes a noticeable difference to ride and response.

Because of the braking effect of the regen when lifting off the accelerator, the uprated Brembo brakes get less of workout than they would usually in a car such as this, and the hard pads fitted to this model make for a lack of feel until they’re warmed up – but different pads would solve that. There are still a few tweaks to be made to the all-new air-con system, which promises to be significantly better than the original’s.

The crucial figures, even more so than the blistering 0-60mph time, are of course range and price. Everrati says the Signature model is capable of a 150-mile-plus range, with a charge from 10 percent to 100 percent on a DC fast charger taking around an hour. It is quoting a starting price of £250,000 plus taxes plus the cost of the donor car – more or less in line with the costs of a typical restomod.

For those who live in cities or have to be in and out of built-up areas a lot, or for those who are just feeling more environmentally conscious, there’s an appeal here. Everrati isn’t suggesting everyone should replace their flat-sixes with batteries and motors – a tuned flat-six on a manual ’box is undeniably more fun – but this offering is fascinating and a lot more exciting than you might expect. 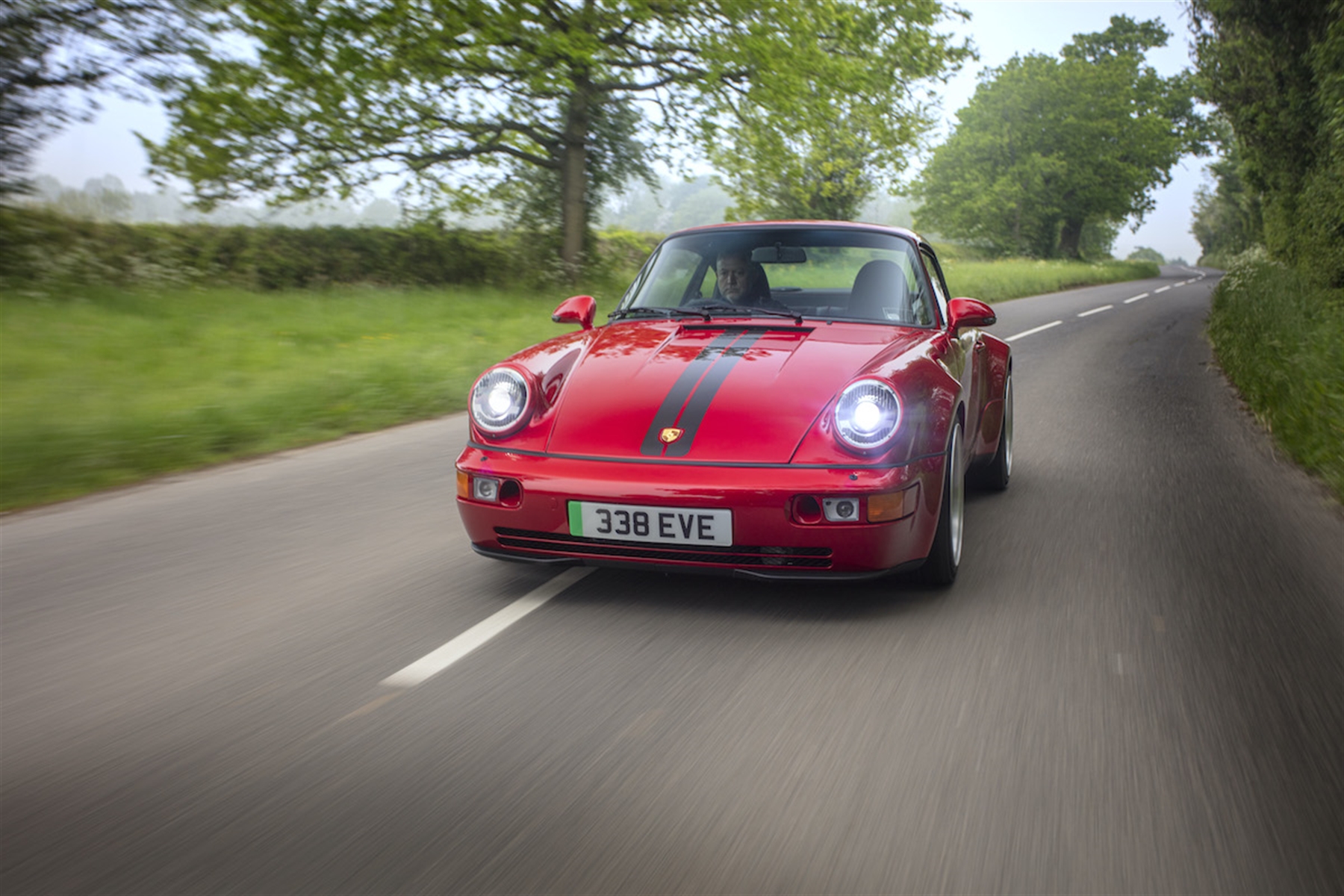 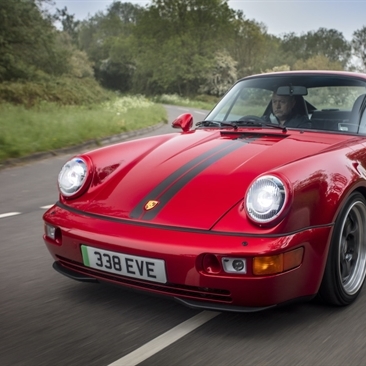 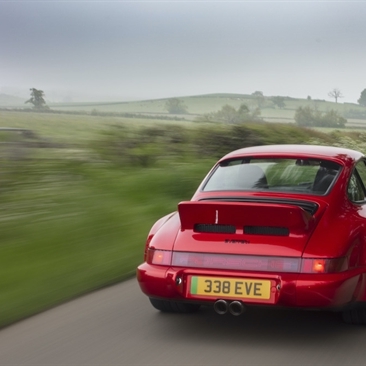 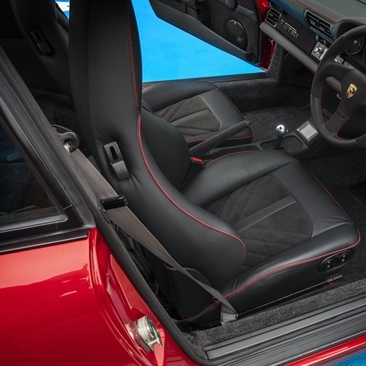 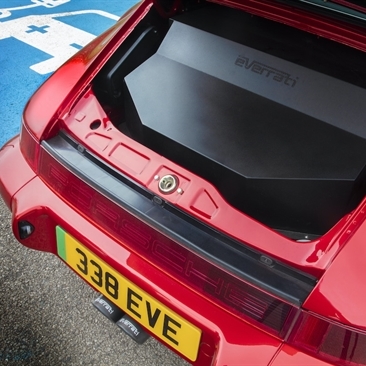 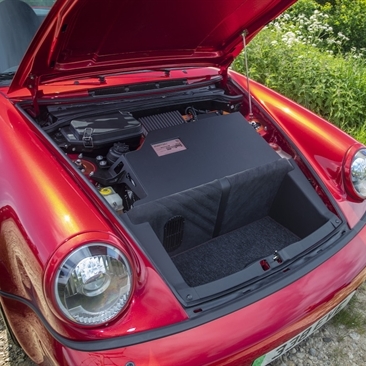 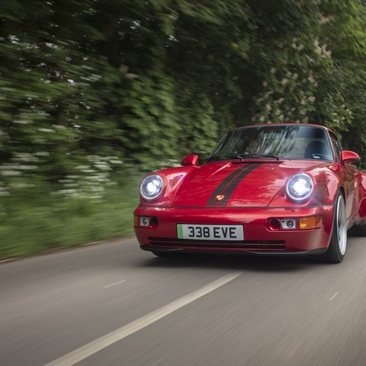 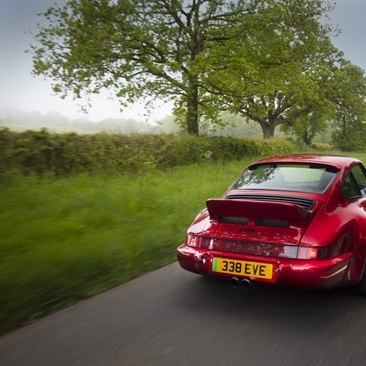 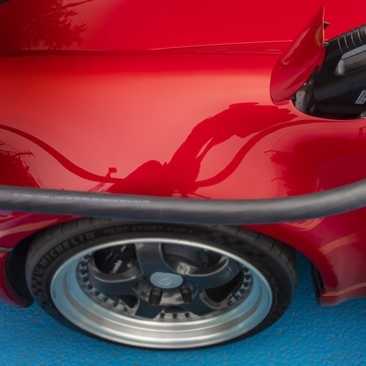 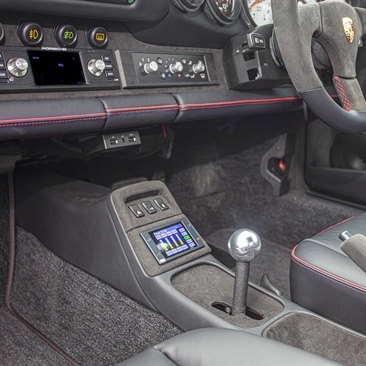 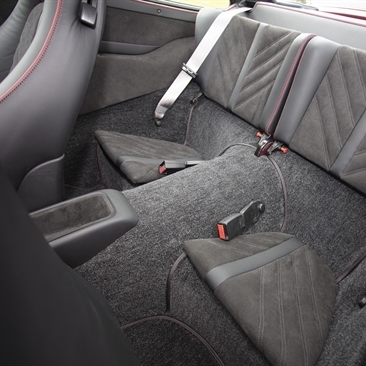