Maestro, Allegro, Princess and Marina; these nameplates are hardly epithets of quality, desirability or stylistic flair. Even so, the Great British Car Journey (GBCJ) is a new automotive attraction based in Derbyshire that thinks British models such as these are worth celebrating. If you&rsqrsquo;re anything like me, you may well be wondering ‘why?’.

That was precisely what I intended to find out as I drove to the former wire factory in Ambergate that the Great British Car Journey now calls home. The location couldn’t have been more fitting; nestled by the River Derwent, its dour architecture was symbolic of Britain’s long-lost industrial past.

The relentless rain, dreary grey sky and harsh wind only added to the post-industrial atmosphere – as did the large Union Jack-emblazoned signage, which wistfully read “when Britain ruled the roads”. Keen to make sense of this intriguing place, I ventured inside and was promptly greeted with a customary Covid elbow-bump by the GBCJ’s enthusiastic owner, Richard Usher.

After graduating from Oxford University with a history degree, Richard started his career in the car industry. He eventually became the owner of Auto Windscreens, which he sold back in 2001. He used this money to build Blyton Park circuit in Lincolnshire, which he then sold to Ginetta four years ago, allowing him to start the GBCJ.

“It all started four years ago, when I owned and managed Blyton circuit,” Richard enthused as I sat across from him, coffee in hand. “This chap approached me with a 1989 Austin Maestro and asked if I’d like to buy it; it had done only 10,000 miles.

“My first thought was ‘no’, but it got me thinking about when I last saw an Austin Allegro, Metro, original Mini or even Ford Cortina on the road. There are plenty of old Ferraris and Lamborghinis around, because they’re valuable so people preserve them. Gradually I came to this realisation that even something like a Ford Orion had completely disappeared. There weren’t a few left, there were hardly any left at all.

“I ended up buying this Maestro, which was mint, and wondered what had happened to the millions of cars Britain made? What had happened to all of the cars from when I was a young man? So, we stuck a narrative together, which starts with Austin and ends with us not really having a volume car-manufacturing industry, certainly not a British-owned one.”

With the premise of the place plainly laid out, I was then taken on a chronological journey through the glory days and eventual demise of the British car industry. Straight away, it was apparent that this is no ordinary motor museum; the sea of 1970s brown, red, green and orange was a welcome contrast to the black, silver, grey and white found in your average car park nowadays.

It is also light, airy and spacious, despite there being over 120 cars packed inside. Mr Usher is hesitant to describe the GBCJ as a museum: “I’m a huge petrolhead, and even I find motor museums a bit dull,” he said. “We’ve tried to give it a motor show feel, and not fill it full of lots of old things apart from cars.”

The philosophy certainly works, and it means there is nothing to distract you from the cars themselves – which, as generally affordable, mass-produced models, theoretically shouldn’t be that interesting. Yet they are. I was reminded by how much character these cars had, compared with today’s models, which often look and feel indistinguishable.

When was the last time you saw a modern car with a fuel-filler cap hidden behind a rear light reflector? Or one with an unapologetically orange, chequered interior? Wooden panels, pop-up headlights, three wheels? The GBCJ is an Aladdin’s cave of products from a daring, experimental time in the automotive history that often backfired, but which brought us to the present era of ruthlessly capable cars that are engineered with the precision of a Swiss watch.

Adding to the intrigue is the inclusion of several cars with a unique back story. There is an Austin 16 that had been built by TB sufferers in Papworth Hospital. Then there is the green Humber Hawk owned by Sir Fenton Atkinson, the High Court Judge who sentenced Ian Brady and Myra Hindley for the infamous Moors murders in 1966. According to Richard, Sir Fenton was so traumatised by the case that he promptly bought the car and retired to Scotland.

A personal favourite from my visit was an imposing black 1956 Daimler DE36 limousine that belonged to the former owner of Wembley Stadium, Sir Arthur Elvin. Elvin had specifically commissioned the car to have a higher roof so that he could sit in the back with his trilby hat still in place.

After several laps of the museum’s nine chapters through British automotive history, it was time to experience what truly sets the GBCJ apart from other automotive attractions; a chance to drive some of the cars. This opportunity is available through the Drive Dad’s Car experience following the completion of your tour through the museum, and starts at £49.

The allure of driving an old British car is twofold; either you’re old enough for the experience to be a wonderfully nostalgic one, or you’re young enough for there to be a morbid curiosity in experiencing the struggles of chokes, manual steering and minimal safety equipment.

For me, it’s the latter. I grew up hearing countless tales about the classic Mini’s brilliance, and now the excitement and anticipation were building as I lowered myself into the GBCJ’s diminutive red example.

Despite the remarkable amount of interior space (something for which the Mini was famous), the first thing I tried to do was move my seat further back. I quickly discovered that it was already jammed to the back of its rail, so I would have to get used to driving with my knees bent to almost 90 degrees, straddling the steering wheel.

With a pull of the choke and twist of the key, the effervescent little A-series engine thrummed into life. Next, I buried the clutch and found first gear. The clutch and ’box felt light and intuitive; the notchy, snickety feel of many modern manual transmissions was certainly absent, but it was smooth and easy all the same.

The steering was predictably heavy at low speeds, but not unpleasantly so. Once the car got moving, the steering made up for its heft with feel and directness through a delightfully spindly rim. This feeling was amplified by the fact that I can see the entire bonnet, making it very easy to place the Mini.

After a few laps of the GBCJ’s private roads, and not long after the choke had been pushed back into the dash, the drive was over. It was a short jaunt at relatively low speeds, but it had given me a enjoyable reminder of what normal cars used to represent and how far they have come over the decades.

The Mini had so much character, I was grinning widely by the time I arrived back outside the GBCJ’s front doors. On spotting this, Richard said: “That’s what this is all about, making people smile.” A noble mission, I thought.

Next up was a car that would make the Mini appear positively space age; a 1937 Austin Seven. As I clambered inside and took in the archaic atmosphere, I began to sense the foundations of modern motoring simmering below the surface. For a start, all the pedals and controls were in the same position as in any modern car, albeit they were more difficult to use.

Then there was the inclusion of an electric starter, which had a wonderful, mechanical feel as I pulled it from the dash and listened to the car splutter into life. The Austin felt cramped inside, as I was easily able to touch the passenger door while sat in the driver’s seat, although the near 100-year-old leather seats were surprisingly comfortable.

The steering wheel was large in diameter and very thin. It was also (obviously) unassisted, and therefore heavy at low speeds. The clutch felt equally heavy; when I hit it for the first time, I thought it was all the way down only to discover it had around 50 percent of its travel left. I had to unsympathetically mash the pedal into the floor past a sticking point at the halfway point.

The next challenge? Locating first gear. Once I’d found it, though, the four-speed manual wasn’t too bad if I took my time. Granted, it was hardly akin to a modern ’box, but the inclusion of synchromesh from second ratio upwards meant there was no need for double-declutching, although a blip of throttle on the way back down the gears helped keep things smooth.

I found that my concentration at 20mph in this Austin was higher than it had been at over triple that speed while driving my modern car to Ambergate that morning. The worm-and-wheel steering was vague around the centre to say the least, but once I’d acclimatised, it did its job.

The brakes were also far from what you would find in a modern car – they were cable operated, while the foot brake halted only the rear wheels. For stopping on all four wheels, I had to reach down and simultaneously pull on the handbrake lever.

After a mentally taxing but very enjoyable 20-minute drive in the Seven, I returned, grinning once again. The Austin will always be a car that I remember; I went away surprised by how much I enjoyed driving it and uncovering its many quirks.

My day at the Great British Car Journey was undoubtedly a memorable one, and an automotive day out I would definitely recommend. Adult tickets are £15 each, while those for children are £7.

Richard Usher’s unique, interactive approach to what an automotive attraction should be will surely grant the place far more success than the Allegros and Maestros showcased within. 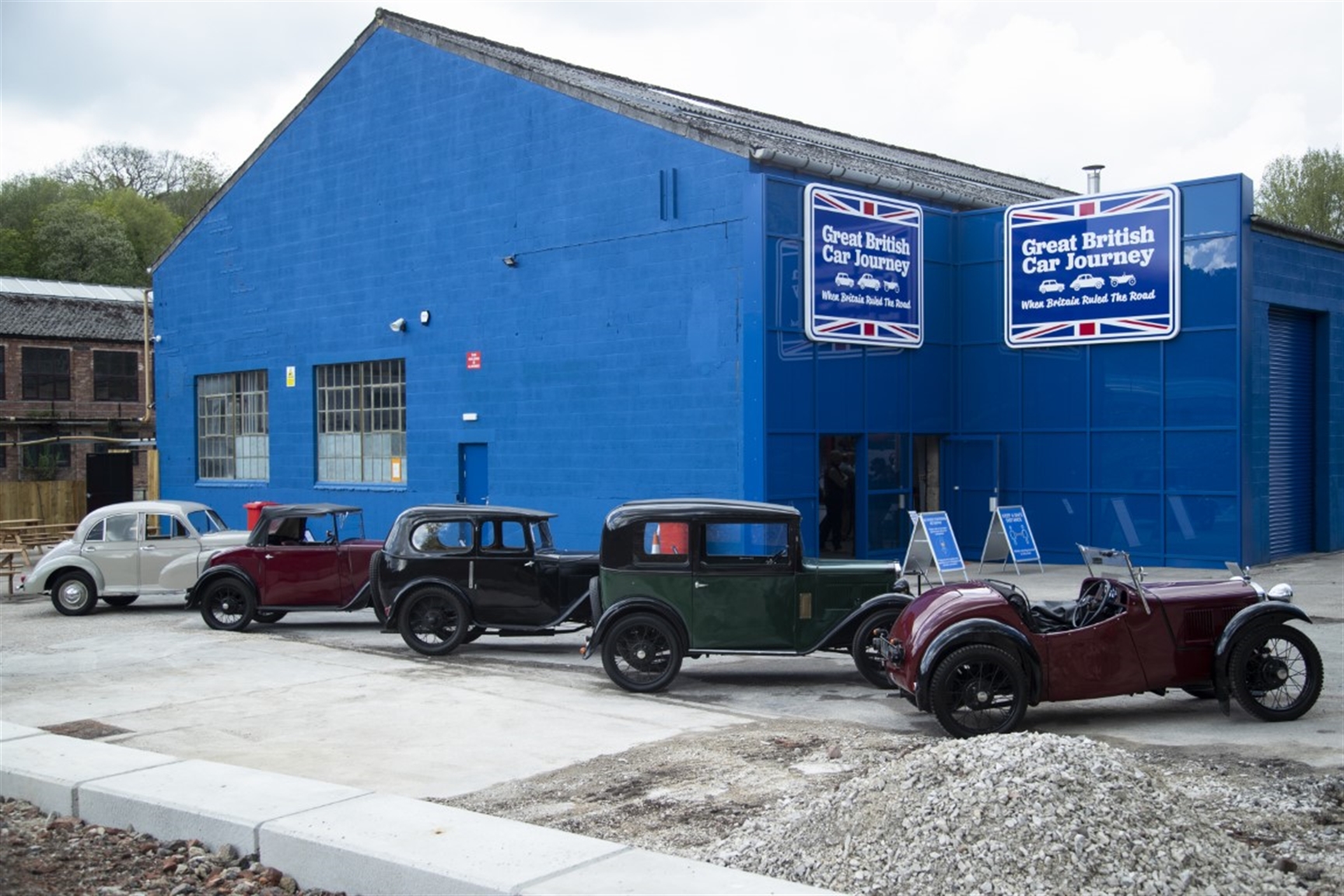 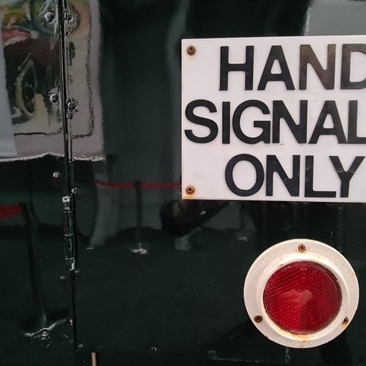 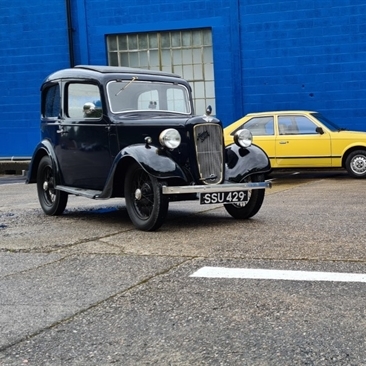 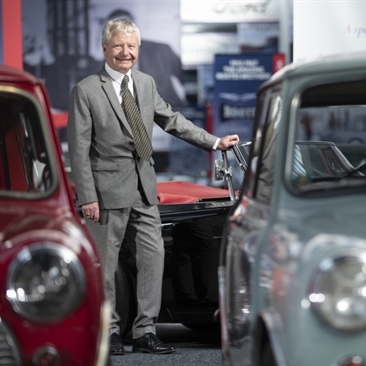 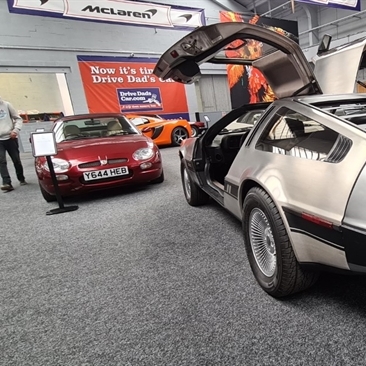 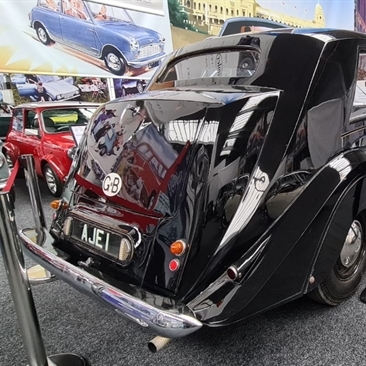 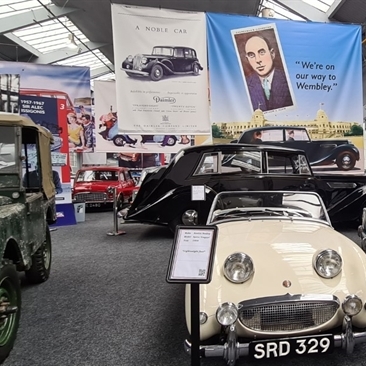 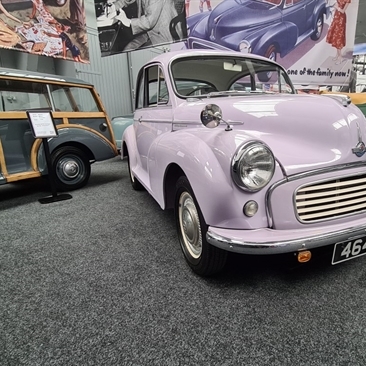 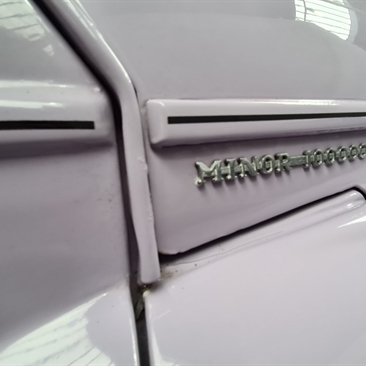 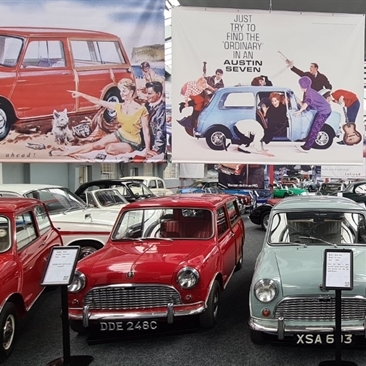