When Bentley started on its Birkin Blower Continuation project, it found that not everything was as expected…

You might have thought that Bentley is treading a path recently well worn by Jaguar and Aston Martin when it announced that it would be building 12 Continuations of Sir Tim Birkin’s famous 4½ Litre Team Blower. And it is… except that the skills, tooling and documentation required are even more scarce for a 1920s car than they are for a 1950s or ’60s model – plus Bentley has promised to create a replica of the Birkin car, Team Car No 2, registration UU 5872, rather than one of the factory-built 55 homologation Blowers.

No 2 was one of the four Team Cars developed by Birkin rather than the factory, so few drawings or original specifications exist. To replicate it, there was no choice but to strip the Birkin right back to a rolling chassis and scan it, working from a dedicated room at Envisage in Coventry, a temporary outpost of Bentley’s Mulliner division while additional Mulliner buildings are completed at Crewe specifically for the Blower Continuation project. The last time the Birkin was stripped down to anywhere near this extent was in the 1960s, and some of the parts probably haven’t been seen in such detail since the 1930s.

It was clear from pictures that the car had evolved during its time with Birkin: the supercharger changes; the headlights go from small black units to larger chromed lamps; mudguard shapes and fixings change (partly due to a double tyre blow-out during the 1930 Le Mans that destroyed two of the guards); mirrors appear and disappear; and even the horn moves from one side of the car to the other between races.

However, the big shock was the chassis, which had been assumed to be stock Bentley 4½. Not so! Instead of riveted fixings, the Birkin chassis uses large castellated nuts and bolts, and further investigation revealed that it’s a thicker gauge of steel – 5.2mm instead of the 4.6-4.7mm of the stock chassis. That makes it unique, scuppering the original plan to use existing RC Moss replacements. “The project suddenly got a whole lot more difficult,” understates Mulliner special projects leader Glyn Davies.

The Birkin front crossbeam is also different, as are the rear axle and fuel tank. Bentley drafted in three of the leading Vintage Bentley experts, Graham Moss (RC Moss), Neil Davies and William Medcalf. All agreed that they’ve never seen a Blower Bentley like the Birkin.

The original car will be lightly restored while it’s apart, and some of its later additions made good. “We have the original wiring diagram,” says Glyn as an example. “And there are very few wires. Then we take
the body off and it’s like Spaghetti Junction under there!” The current headlights appear to be incorrect as well, and other items don’t quite correspond with the 1930 Le Mans specification, which is how the Bentley team have decided to keep No 2. The Continuation cars will then be built to the same spec.

Birkin’s No 2 car was originally fitted with a Harris body, but Birkin replaced that with the shorter, squarer Vanden Plas body that it still wears today. Although original-style Rexine is now finally available again, there’s no way the Birkin’s will be removed, so the team plans to X-ray the body to determine the exact shape of the ash frame underneath.

As for the bonnet, it’s clear that extra louvres were added at different stages, and they’re all quite rough. It would be easy to use a louvre punch on the Continuation cars, but they’d be too good, so each louvre has
been scanned so it can be replicated exactly. The same goes for all the rivet positions around the body – and even the indentations Birkin’s feet made in the driver’s footwell.

It seems that instruments were added to No 2 at various points in its early life, meaning they’re a mix of makes and styles. The chronographic clock is particularly complicated and will prove difficult to replicate. The famous billiard counter on the dashboard, used to keep track of laps covered, will also be copied.

Now busily turning the scans into usable data, and sourcing suppliers from all over the world, the team aims for the prototype Continuation car and the first customer car to be finished by the end of 2020. The rest of the 12 customer cars should follow every two-and-a-half months. 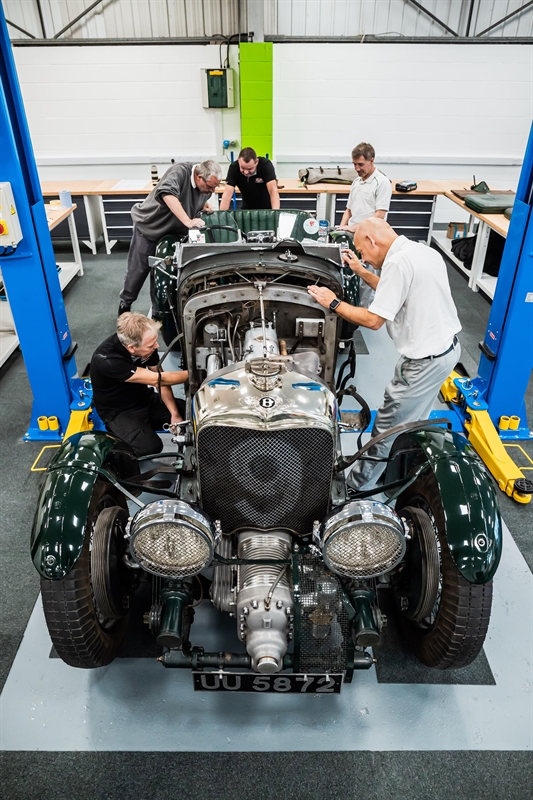 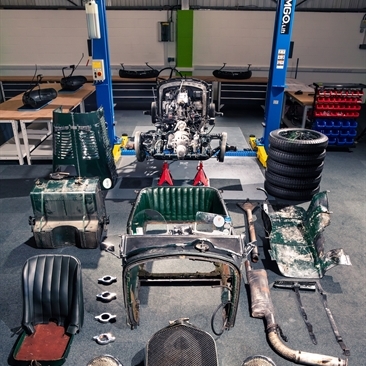 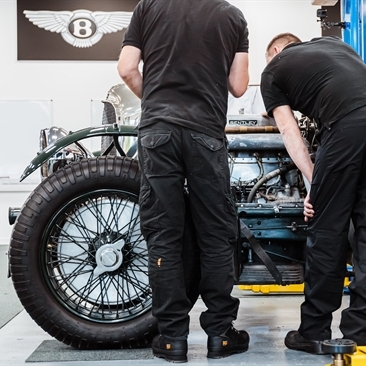 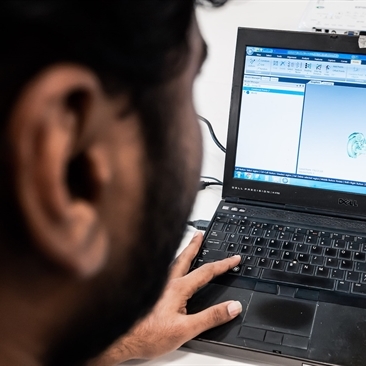 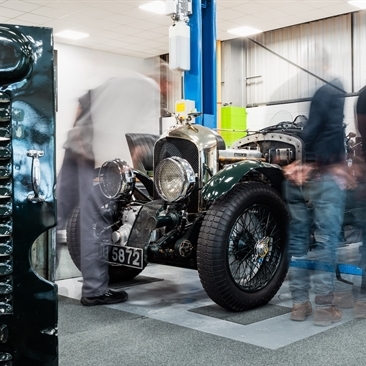 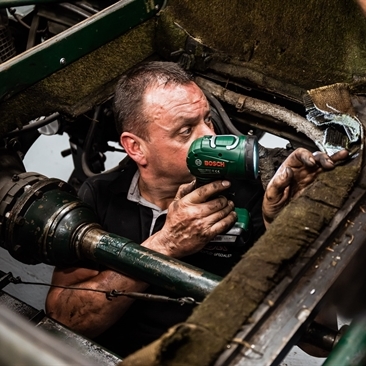 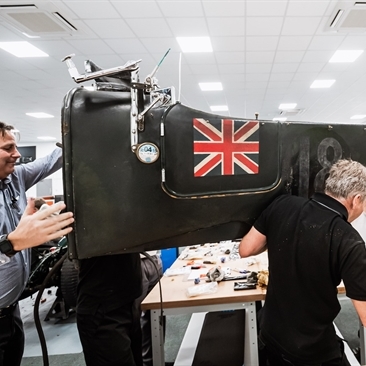 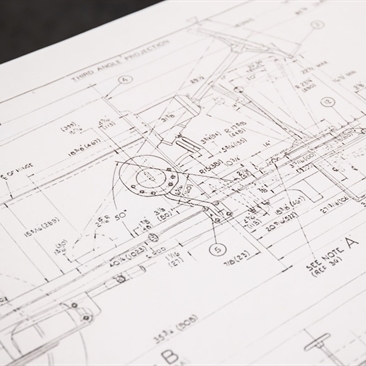 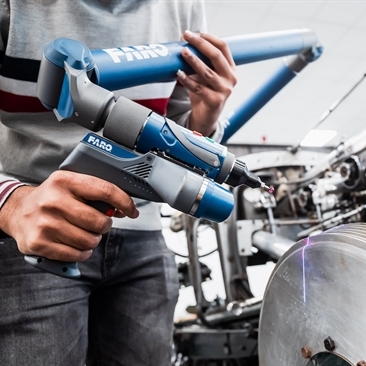