Bern-Campbell was an accomplished singer and actress, having studied acting for three years at the Conservatoire Royal in Brussels in her youth. After securing her first stage part in Paris at the age of 16, she went on to star in performances at glamorous venues such as Carnegie Hall, The Savoy in London, Monte Carlo and Las Vegas.

A relation and family friend of Tonia’s, Maurice Chevalier, encouraged her to enter a talent contest as a teenager. This was where Tonia’s ability for singing was revealed after winning the competition and sufficiently impressing composer-singer and contest judge Jacques Brel for him to coach her.

During her 20s, Tonia continued to perform on stages around the world, winning the Passerella d’Oro award for best musical stage performance in the process. She also made an appearance on the Jack Benny TV show alongside Chevalier.

When Tonia was 31, she met Donald Campbell while performing at The Savoy in December, 1958. The couple experienced a whirlwind romance, marrying just days later at Caxton Hall on Christmas Eve.

After her marriage, Tonia put her singing career on hold and supported Donald in many of his famous record attempts, most notably in 1964 when Campbell took both the Land and Water Speed Records in Australia. She soon became an established member of the Bluebird team and was affectionately known as ‘Fred’.

Tragically, Donald Campbell was killed in an accident while piloting the Bluebird K7 hydroplane at Coniston Water in 1967 while trying to achieve a new Water Speed Record.

Tonia described Donald as the love of her life and her soulmate, even if their relationship was somewhat turbulent at times. As a testament to this, she wished for her ashes to be scattered over Coniston Water so she can be reunited with her husband, who now rests beside the lake.

After her husband’s passing, Tonia resumed her performing-arts career and moved to the US, performing in top venues around the world until her late 80s. She would also make several more TV appearances, including The Benny Hill Show and Val Doonican Show. 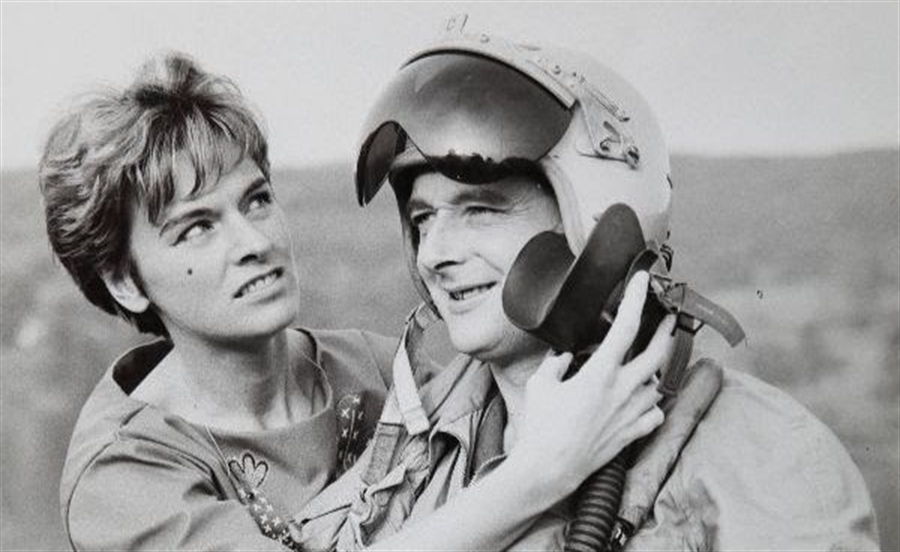 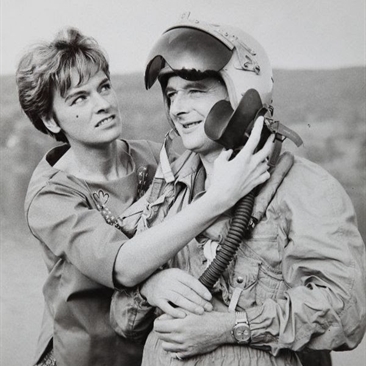 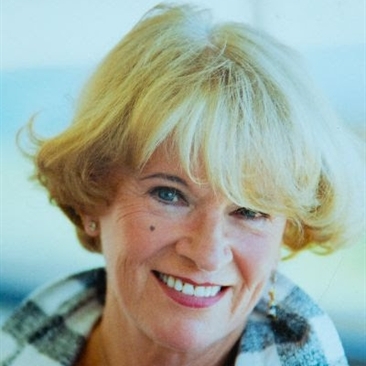 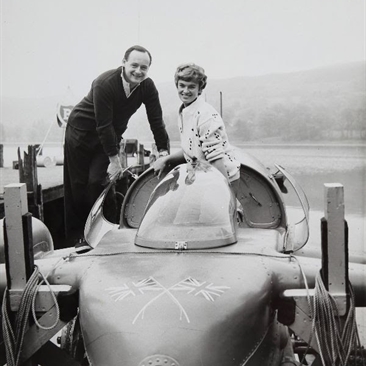