On June 16 at exactly 1.30pm, 375 carefully curated cars will assemble on the starting grid in Brescia, Italy, for the 39th running of the Mille Miglia – once described by Enzo Ferrari as the “most beautiful race in the world”.

The vehicles range from around 60 to 100 years old, and are tasked with covering more than 1000 miles in four days on the traditional route from Brescia to Rome and back, with overnight stops in Viareggio and Bologna.

This year there’s a twist, however; for the first time, the race will be run in an anticlockwise direction from Brescia. The new route also means that the crews will have to navigate three mountain passes – a challenge the organisers think will “satisfy many fans of the competition”.

As well as being touted as the world’s most beautiful race, the Freccia Rosso (red arrow) is also considered by many to be the most important vintage car regularity event – so it’s good news for the automotive world that the race can go ahead, despite the testing circumstances the world currently faces.

For 2021, the race has been delayed for exactly one month from its original mid-May starting date. Last year, the event was postponed for five months until October, and there was initial uncertainty as to whether it would even happen at all.

Perhaps unsurprisingly for a race that can trace its origins back nearly a century, 2020-21 aren’t the first years the race has been delayed – or cancelled. In 1938, a mere 11 years after the inaugural Mille Miglia, Benito Mussolini banned the race after ten spectators were tragically killed.

With our modern sensibilities, it seems inevitable that a 1000-odd-mile flat-out race on public roads lined with lamp posts, trees, walls and buildings would elicit disaster. However, the greatest generation were clearly less concerned with frivolities such as health and safety, or their own mortality.

In 1940, a smaller version of the event, officially called the Gran Premio di Brescia, took place before the carnage of World War Two caused motor sport to be suspended. The race was won by a BMW 328 Berlinetta Touring, driven by the Nazi German crew of Huschke von Hanstein and Walter Bäumer. The Mille Miglia wouldn’t be reinstated until 1947, when the flames of the war had turned to smoulder.

When the Freccia Rosso resumed in ‘47, it remained as dangerously alluring as ever. This coincided with motor sport truly coming of age, finally unshackled from the turmoil of global politics that had previously blighted it.

This golden era of the Mille Miglia would last ten years until 1957, and starred some of the most legendary drivers the world has ever known: Stirling Moss, Juan Manuel Fangio, Wolfgang von Trips, Alberto Ascari, Peter Collins… the list goes on.

The cars they drove were equally evocative, too, with the finest 1950s models from marques such as Ferrari, Aston Martin, Jaguar and Porsche all vying for supremacy. Yet one car is undisputedly the most famous of all; the 1955 Mercedes-Benz 300SLR driven by Stirling Moss, with that iconic 722 race number emblazoned in red across the sculptured silver bodywork.

Mercedes-Benz Classic has said it will pay tribute to the late Sir Stirling by displaying his fabled 722 car in Brescia at the Mille Miglia Museum in the days leading up to this year’s event, as well as on the catwalk at the start.

So, with all the star drivers and awe-inspiring cars, why did the original running of the Mille Miglia end so abruptly in 1957? As you’ve probably guessed, it was down to another tragic accident, which prompted the Italian government to ban all motor sport on public roads.

The tragedy occurred when the great Spanish driver and aristocrat Alfonso de Portago crashed his Ferrari 335S at 150mph, after his front tyre exploded. The disaster killed Portago, his co-driver and ten spectators, five of whom were children who had been dismissed from school early to watch the race. A further 20 were injured. As if this wasn’t enough, Dutchman Joseph Göttgens also had a fatal crash in his Triumph TR3A further down the field.

The timing of the accidents were particularly unfortunate. The crashes had come just two years after the infamous Le Mans disaster of 1955, in which 83 spectators were killed and 180 were injured after Pierre Levegh’s Mercedes-Benz 300SLR was launched into the crowd. This prompted Mercedes-Benz to withdraw from motor sport altogether until 1987.

In the case of the Mille Miglia, it lay dormant for two decades until it was resurrected as today’s highly regulated version of the original race, with stringent measures in place to prevent another accident. Today, the race acts as a romantic tribute to the buccaneering drivers of the past and the legendary cars they drove to the ragged edge in period.

The modern recreation of the Mille Miglia offers spectators and drivers an amuse-bouche of mid-20th-century racing, albeit without the wanton disregard for safety and flat-out speeds. However, the event organisers are keen to point out that the modern Mille Miglia isn’t merely a wistful look at the past. To prove it, a new 1000 Mille Green competition will be incorporated into this year’s proceedings, which is reserved exclusively for EVs.

“In many ways, 2021 is a new ‘special edition’ after last year’s great adventure in autumn. First of all, I think of the event as an opening to the future of cars and mobility, just like in the past when, on the streets of Italy, the whole world could admire the result of the most advanced motor technology.”

He continued: “We wanted to celebrate this combination of tradition and projection into the future… Many of the innovations that we have decided to propose for the 1000 Miglia 2021 represent a concrete link with tradition, starting from the direction of travel of the race, which this year will be counter clockwise for almost 1800km from Brescia to Rome and back, going down along the Tyrrhenian coast to go up along the Apennine ridge, as the champions of the Freccia Rossa had to do in some editions.”

In response to the need for social distancing requirements, the race can be watched live on the Mille Miglia website. 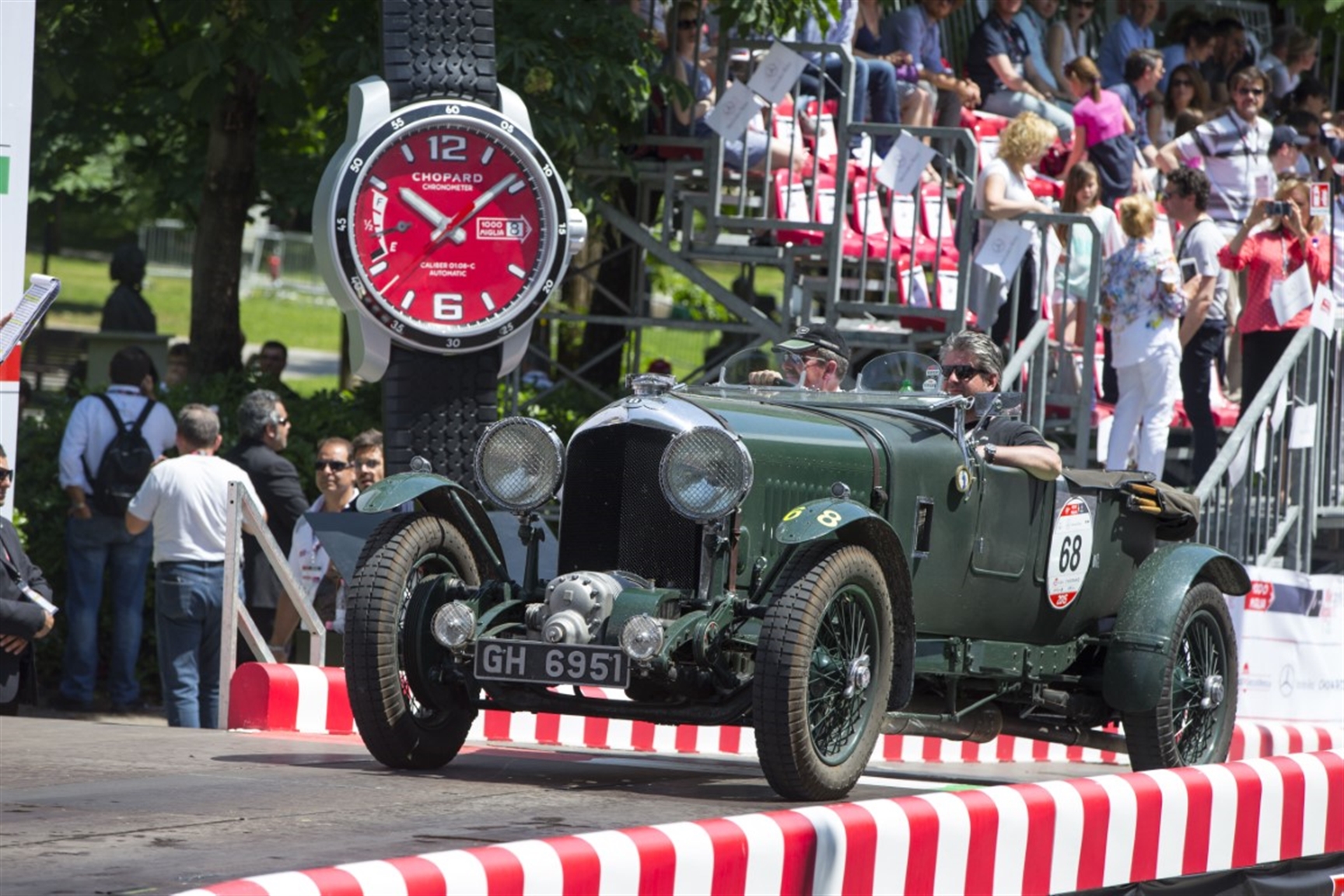 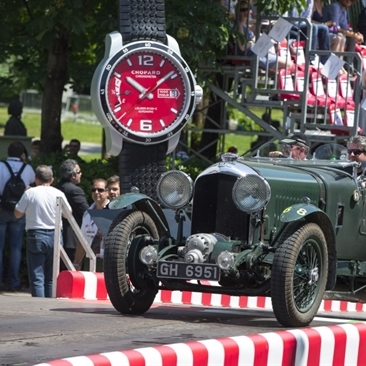 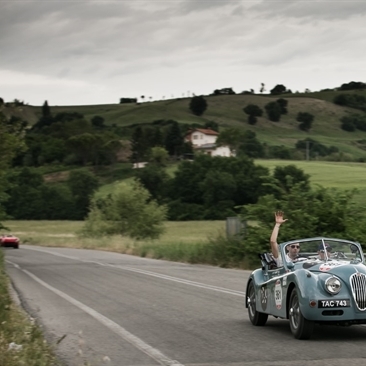 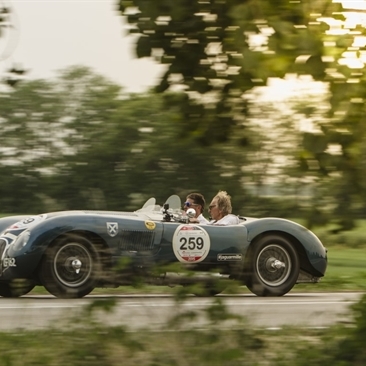 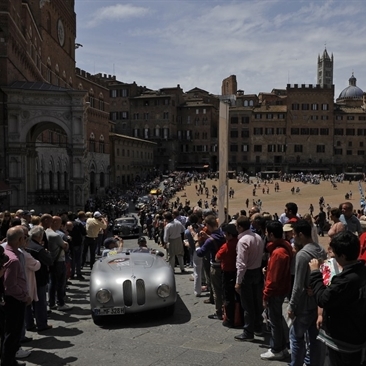 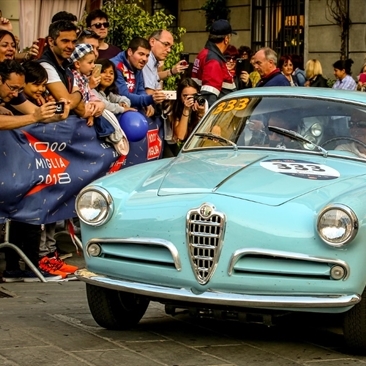 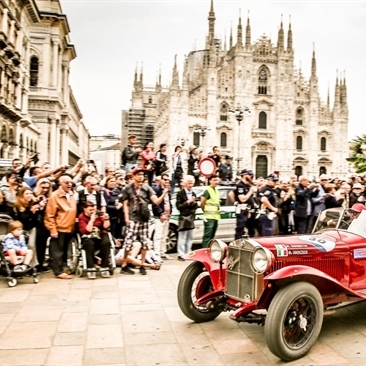 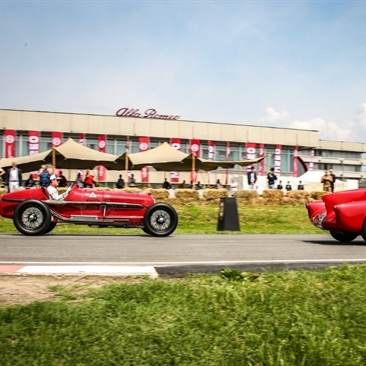 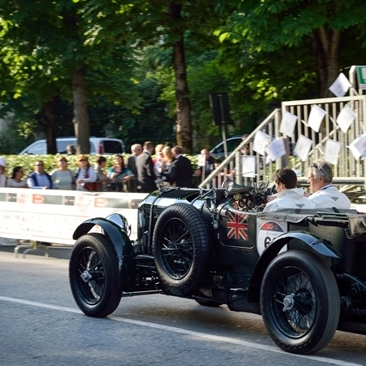 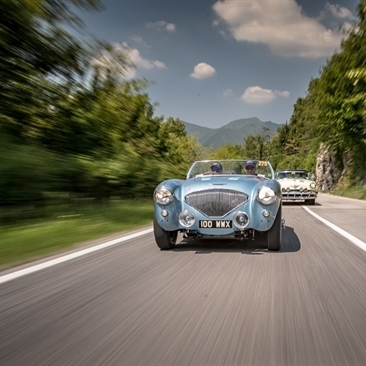 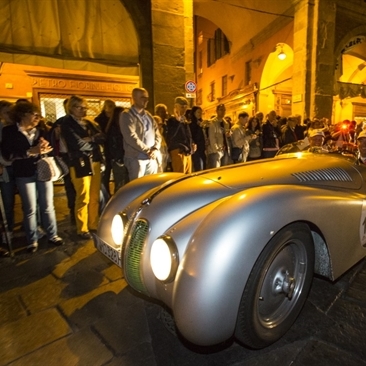 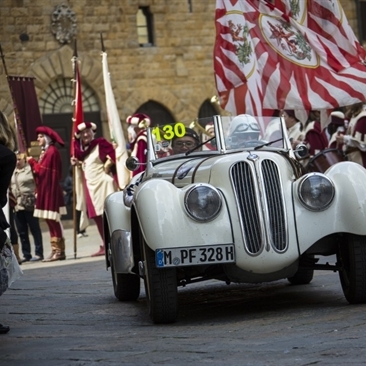 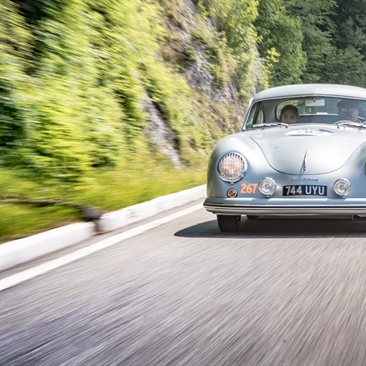