On June 20, 2021, visitors to Rodeo Drive in Beverly Hills, California, were treated to the sight of a remarkable selection of cars as they took part in the inaugural Beverly Hills Tour d’Elegance.

The event was devised by the organisers behind the traditional Rodeo Drive Concours d’Elegance, which has taken place on Father’s Day for the past 25 years. It was changed from its usual format of a static concours to a cavalcade of automotive art to satisfy social-distancing requirements.

Fifty cars from prestigious marques including Ferrari, Maserati, Bugatti, Lamborghini, McLaren and Bentley made up a diverse cast of vehicles that was described by the event’s founder, Bruce Meyer, as “show stopping” – although he conceded that “for the first time in the Rodeo Drive Concours d’Elegance’s 25-year history, the show was moving!”

Some of the rarest and most valuable vehicles on the tour included a 1962 Ferrari 250GTO, 1960 Maserati Typo 61 Birdcage and the one-of-a-kind 1970 Lancia Stratos Zero. These unusual models were joined by famous competition cars such as the ‘Big Oly’ Ford Bronco that was recently auctioned by Mecum, along with American muscle cars and pre-war curiosities including a 1929 Ahrens-Fox Fire Truck and a 1935 Packard Dual Cowl Phaeton by Dietrich.

The A-list roster of vehicles were fittingly driven by a cast of A-list Hollywood stars, from the likes of Jay Leno in his 1951 Hudson Hornet, to Caitlyn Jenner in a 1960 Bugeye Sprite and ex-NBA star Chris Mills, who was driving a 1961 Chevrolet Impala low-rider.

“We couldn’t be more pleased with the turn-out for the first-ever Beverly Hills Tour d’Elegance… The Tour allowed us to find a socially distanced alternative to the much-loved Concours, and reconnect with the community after an incredibly trying year, all while supporting our local first responders,” concluded Meyer. 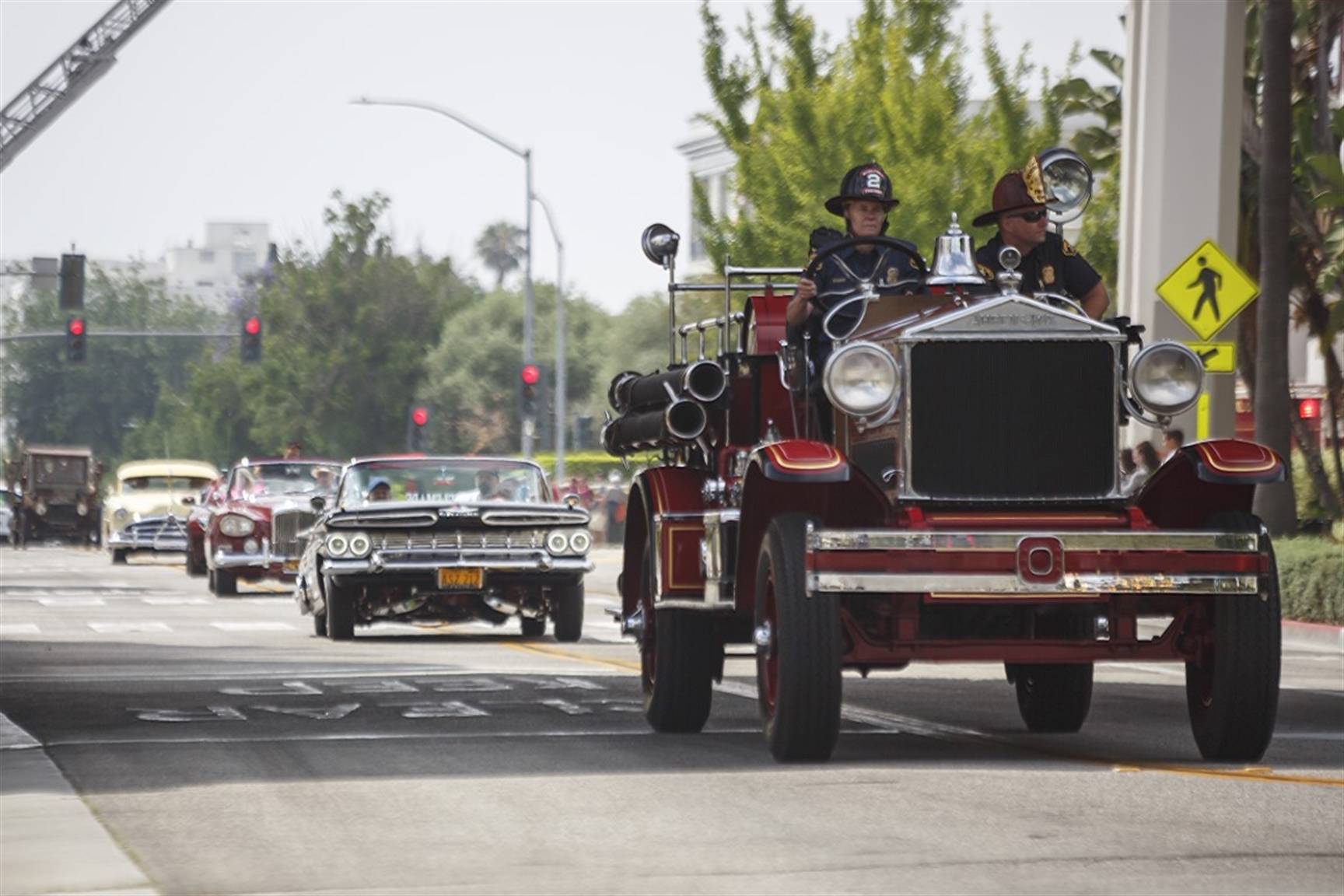 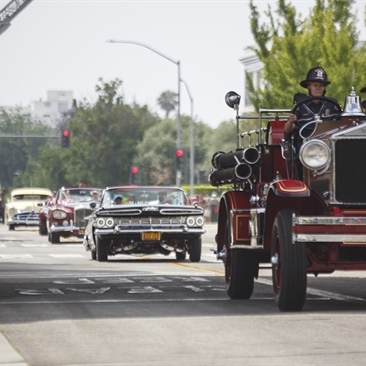 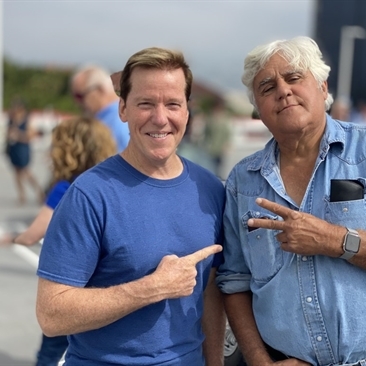 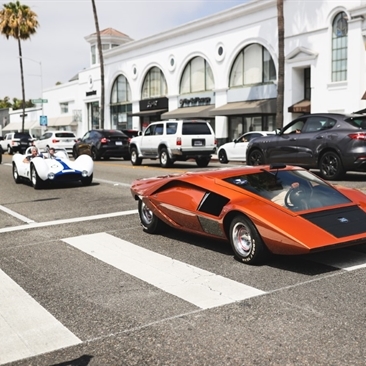 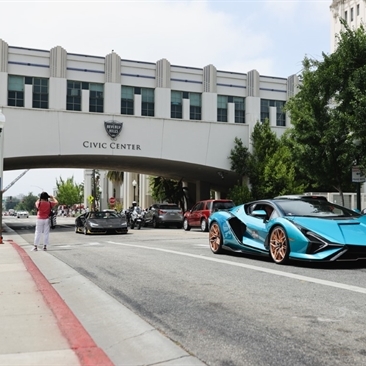 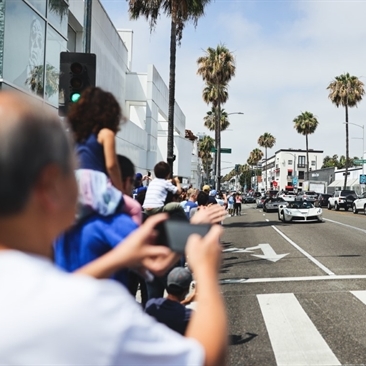 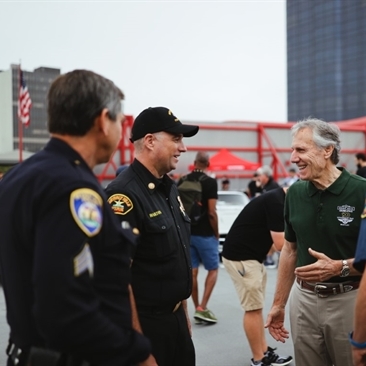 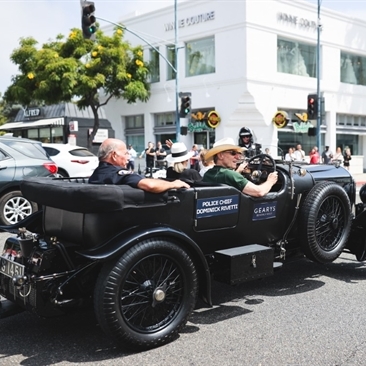 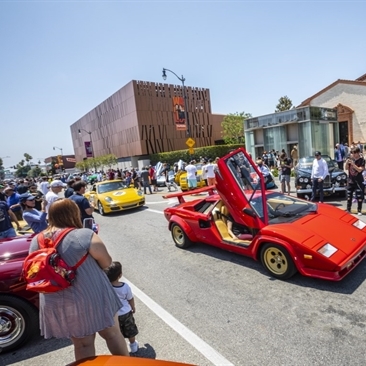 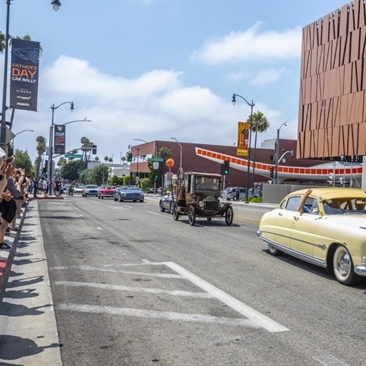 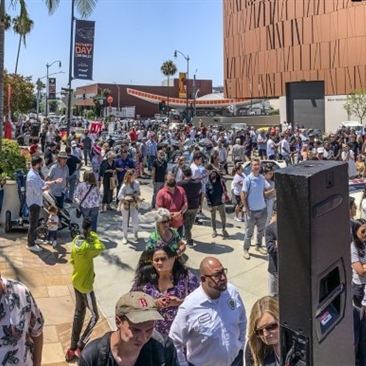 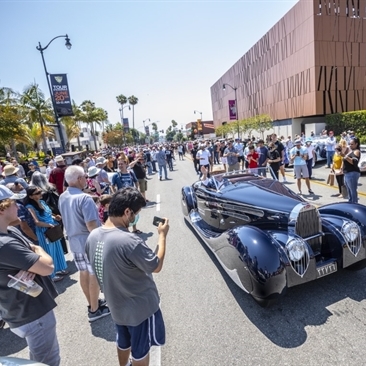 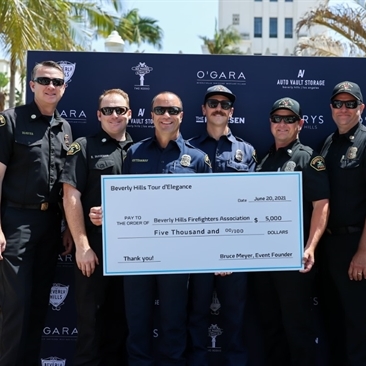