Singer is about to unveil its first client-specification Porsche 911 representing the results of its Dynamics and Lightweighting Study (DLS) for the first time in North America. It will be shown at The Quail, A Motorsports Gathering during Monterey Car Week on Friday, August 13.

You probably already know that DLS is all about Singer’s exploration of how far the air-cooled Porsche 911 (964 generation) can be taken. It’s built in the UK with Williams Advanced Engineering, with all 75 planned restorations already pre-sold. Although the prototype was exhibited two years ago at The Quail, this DLS is the first customer car to be shown in public. It appeared at Goodwood Festival of Speed last month, before being shipped to California.

The use of F1 technology allowed the development of aero-optimised carbonfibre bodywork and an extensive lightweighting programme. Its unique 4.0-litre air-cooled flat-six is naturally aspirated and has four valves per cylinder, and develops 500bhp at 9000rpm. Every part has been re-engineered, working with Multimatic, Bosch, Michelin, Brembo, Hewland and BBS Motorsport.

The specification is mind boggling, but what’s fascinating when seen close-up are all the clever details, such as the aero work around the side windows and roof, and the way the rear spoiler looks like a classic 911 whaletail but is reworked to genuinely make a difference to downforce – something the original barely does, as it turns out.

Alongside the DLS (now known as the Unico in Singer circles) is the latest Singer restoration from its California base. This 964 is known as the Hollywood commission, in Bahama Yellow over Forest Green and inspired by the 1969 911E that was restored by Singer founder Rob Dickinson in 2003. It was this car that prompted the formation of Singer.

“The restoration of my 1969 car was an intensely personal project,” says Rob. “I drove the hell out of it everyday around the Hollywood Hills, and kept getting stopped to ask if I’d sell it. My answer was always no. But the experience was the seed that led to the founding of Singer as a way to enable other owners to pursue their personal vision for the ultimate air-cooled 911.” 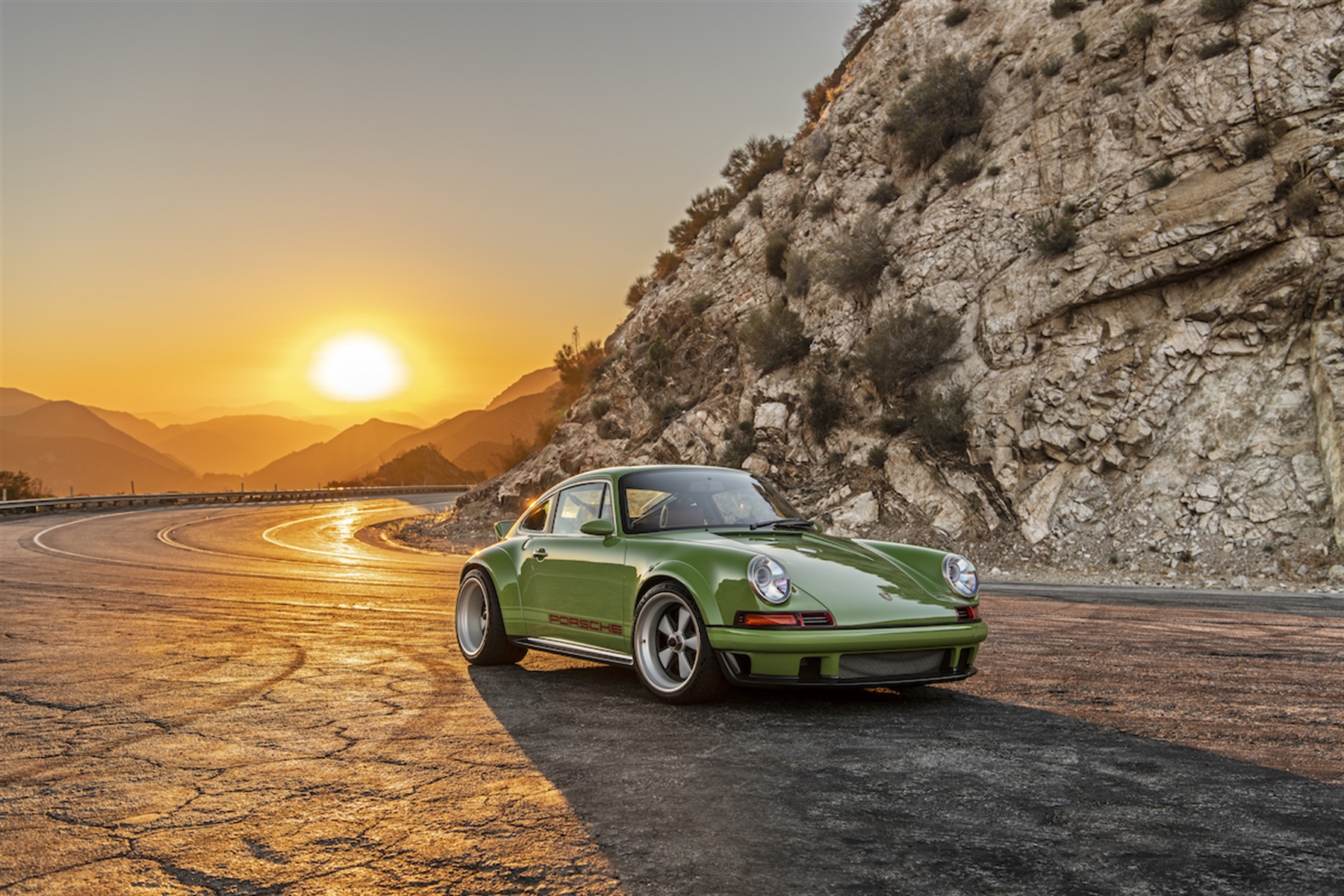 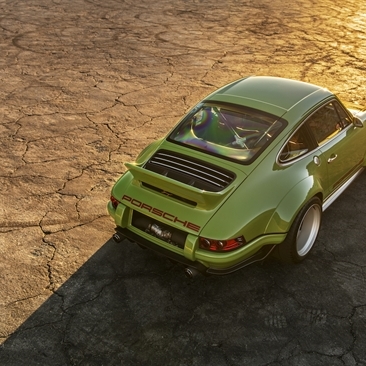 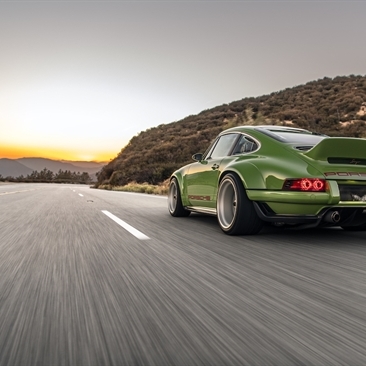 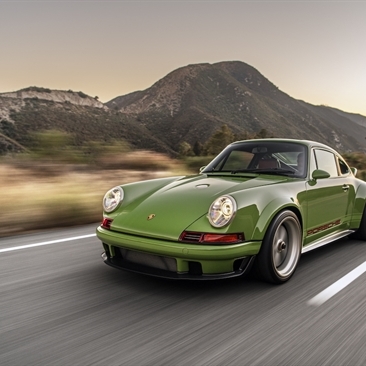 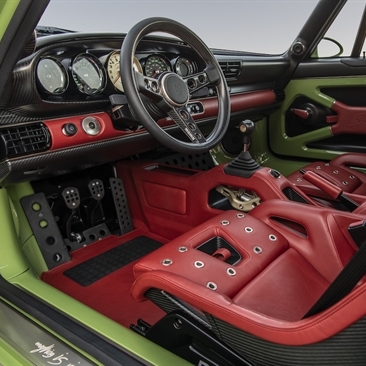 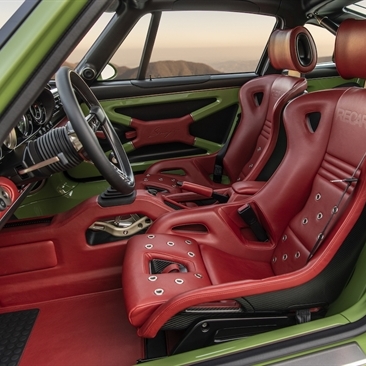 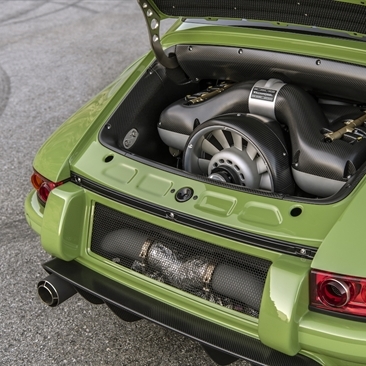 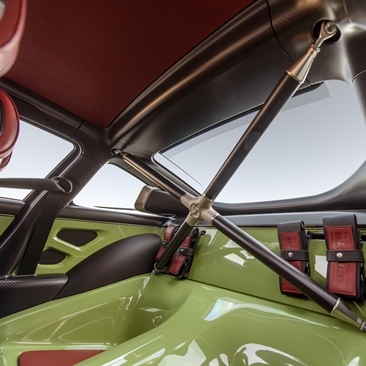 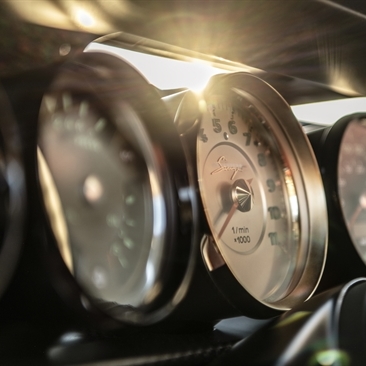 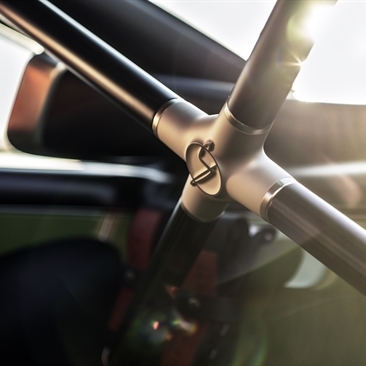 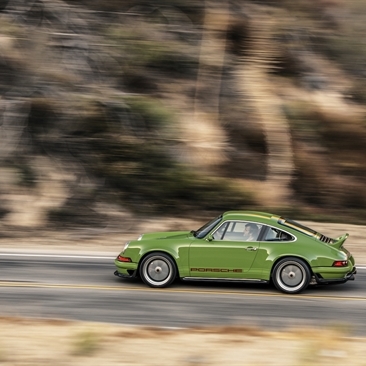 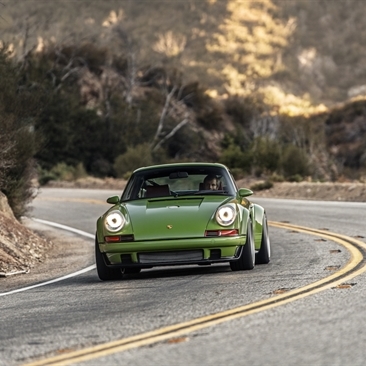