Barrett-Jackson has announced that several special Fords will cross the block during its upcoming no-reserve auction at the Las Vegas Convention Centre on June 17-19. The first six months of 2021 have been remarkably strong for the collector car market; so strong, in fact, that setting a reserve no longer seems like a necessity.

The consignment docket is sold out and packed with headline-grabbing cars, including Paul Walker’s Fast and Furious Toyota Supra and the McLaren P1 belonging to electronic music producer Deadmau5.

The ’66 Mustang was commissioned by Henry Ford II for his stays in France during his company’s famous and heated rivalry with Ferrari at Le Mans. The year the car was commissioned happened to be the first of Ford’s four consecutive triumphs around the Circuit de la Sarthe.

With bespoke Raven Black paintwork and a tan leather interior (including HFII badging), the car also sports the rare 271bhp K-code 289ci small-block V8. Henry Ford II’s pony spent the majority of its life in France, but will start the next chapter stateside with its new owner.

Perhaps the most famous Mustang this side of Steve McQueen’s Bullitt GT390, the 1967 Eleanor Tribute Edition is another car sure to attract a strong bid once the hammer falls.

This 450bhp Eleanor was hand-built by one of only two garages in the world licenced to do so, and is has identical parts from the same suppliers who were used for the Gone in 60 Seconds film. That means the car is fitted with a working nitrous-oxide system (albeit unfilled), as well as a functional stainless-steel side-exit exhaust and Go-Baby-Go gearknob.

A duo of 1968 Shelby GT500 KRs round out the auction’s mouth-watering line-up of classic Mustangs. The Candy Apple Red GT500 KR of lot 728 is one of just 1053 fastbacks built during the three-month KR production run in the summer of ’68, and was displayed in the Shelby American Museum for ten years. The other GT500 KR is finished in iconic Highland Green paintwork and boasts fully matching numbers and extensive documentation in the Shelby Registry.

At the more modern end of the automotive spectrum, Barrett-Jackson is offering a 2019 Ford GT in Liquid Red Tri-Coat paint with black stripes and Dark Energy interior. As Ford’s flagship supercar, the modern GT is forged from the same motor sport know-how that propelled its GT40 ancestor to those famous 1960s Le Mans victories. What makes this car even more special is that it shows just 21 miles from new.

The final offering isn’t strictly a Ford, but it certainly helped to build the manufacturer’s performance credentials with the help of the legendary Carroll Shelby. The 1965 AC Cobra is a perfect Anglo-American marriage of V8 muscle and English sports car agility, and it acted as the foundations on which the Shelby built its reputation. This Cobalt Blue Cobra has matching numbers and full Shelby Registry documentation.

For more information and other consignments at the upcoming Las Vegas auction, visit Barrett-Jackson’s website. 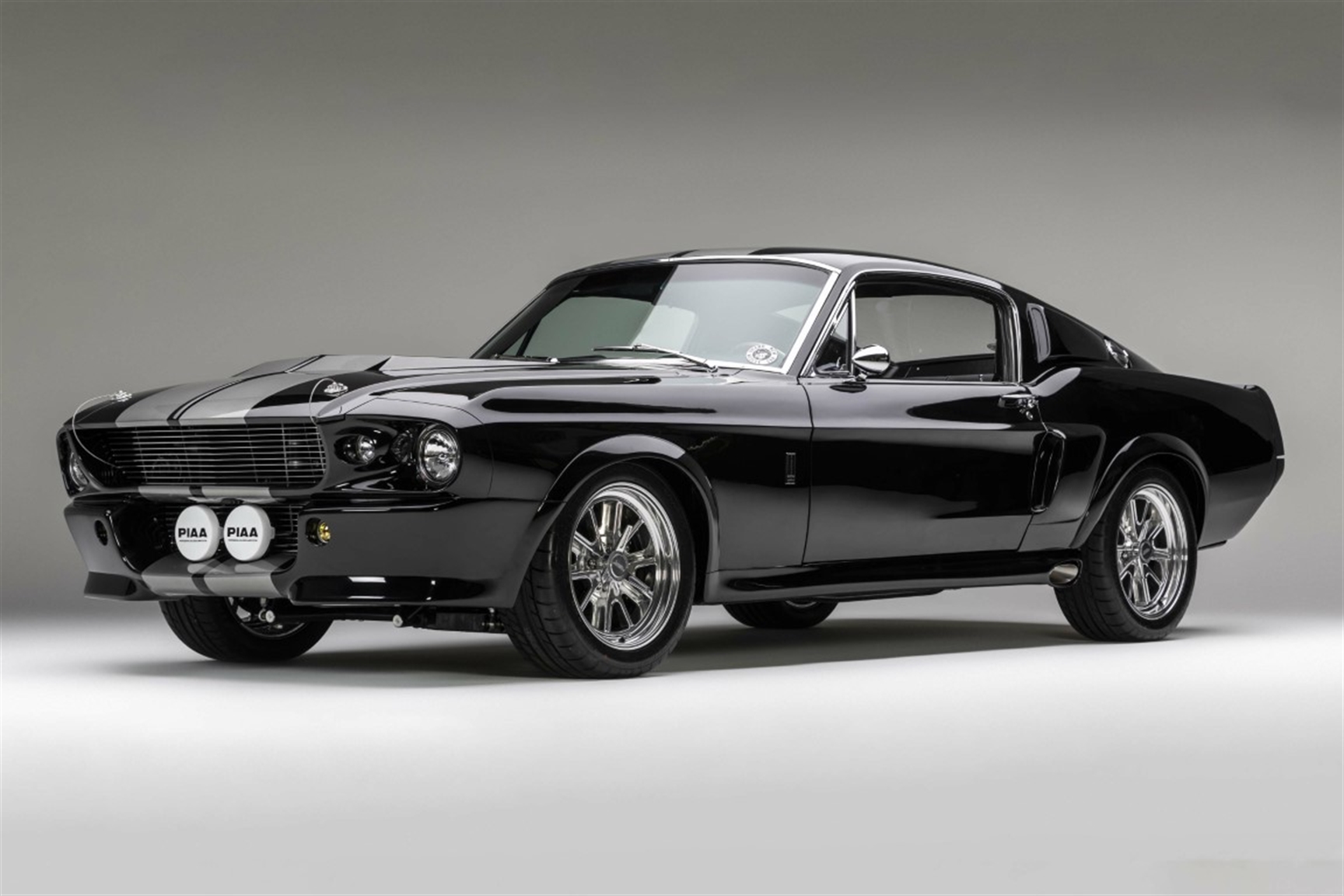 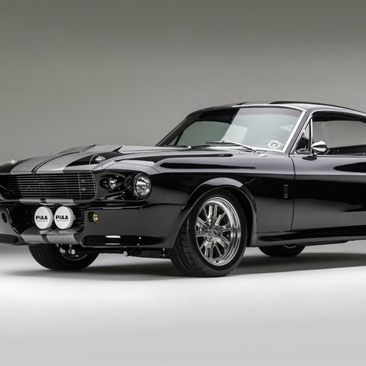 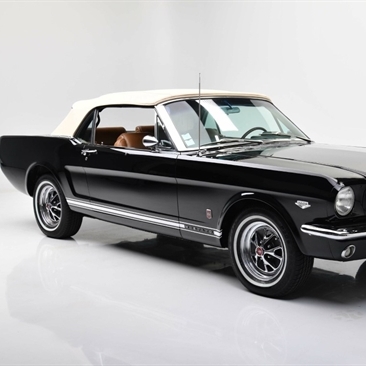 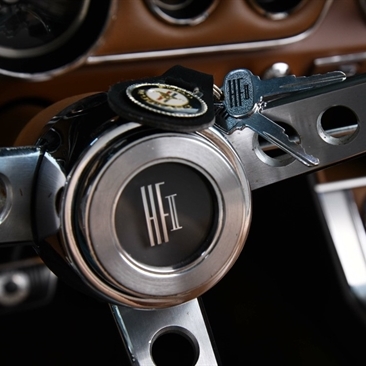 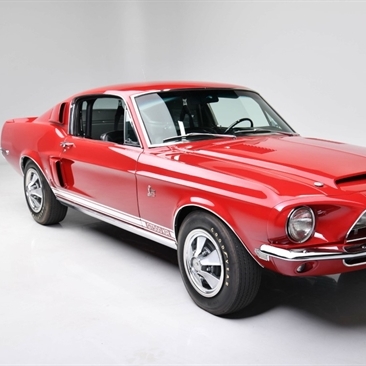 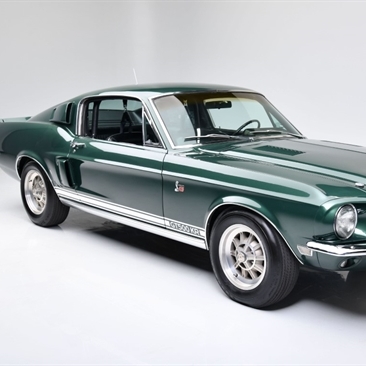 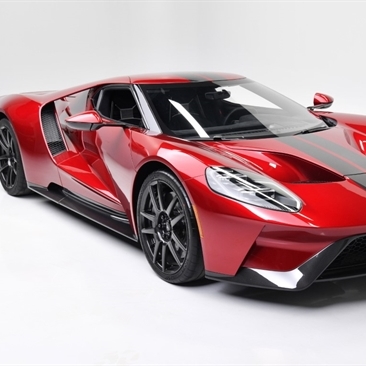 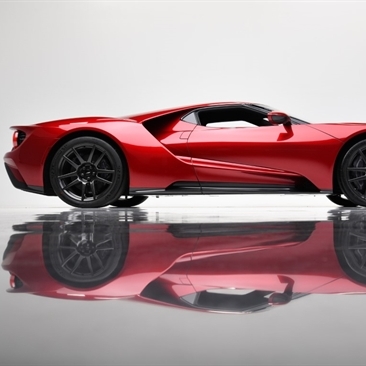 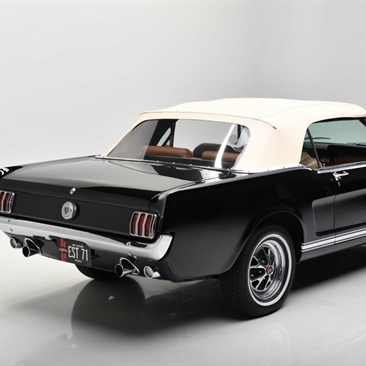