The Petersen Automotive Museum in Los Angeles is opening a new exhibit dedicated to the legendary Italian design house and coachbuilder, Pininfarina.

The “Aesthetic of Motoring: 90 Years of Pininfarina” exhibition will document the key junctures of Pininfarina’s history, going back to the company’s founding in 1930. The special exhibit will run from March 25 to December 5 in Petersen’s Armand Hammer Foundation Gallery.

The exhibit centres around a “curated display of four key automobiles”, aimed to epitomise Pininfarina’s philosophy of “… the centrality of design, and an aesthetic sense capable of creating timeless beauty”, as Pininfarina’s chairman, Paolo Pininfarina, puts it.

The oldest model exhibited is a Cadillac Model 452A Boattail Roadster, which was the first non-Italian car adorned with a Pininfarina-designed body. The car’s artisan coachwork envelops an unusual V16 engine, which Cadillac’s 1930s engineers developed by combining two Buick V8 blocks.

Attendees of the exhibit will also see the Italian 1947 Cistalia 202 Coupé, regarded by many as one of the most beautiful cars ever created. The Cistalia 202 Coupé was inducted into the New York Museum of Modern Art in 1951, and has remained on display there ever since.

Pininfarina’s identity is enmeshed with the history of Ferrari, so it’s unsurprising that a 1966 Dino Berlinetta 206 GT Prototype is included. This car is widely considered to be the first mid-engined Ferrari road car.

The Dino Berlinetta 206 GT Prototype will be replaced in April by a rare 1967 Ferrari 365P Berlinetta Speciale “Tre Posti”, which pioneered the concept of a central driving position – something famously incorporated into the McLaren F1 of the early ‘90s.

The newest car included is a 2019 Automobili Pininfarina Battista. This car debuted at the 2019 Geneva Motor Show and is the most powerful road-legal car ever produced in Italy, producing a total of 1900bhp from its four electric motors. The “Battista” nameplate is a tribute to Pininfarina’s founder, Battista Farina.

Terry L. Karges, executive director of the Petersen Automotive Museum, says “…Pininfarina has created some of the most innovative and revered car designs in the history of the automobile. The new exhibit will provide visitors with a behind-the-scenes look at the company’s design history while paying homage to its innovation through these four rarely-seen vehicles.”

The four cars will complement several other important Pininfarina designs already present at the Museum, including a Ferrari F40, Ferrari 288 GTO and 1953 Nash-Healey Roadster, among others.

Tickets must be purchased prior to arrival and masks must be worn by visitors to ensure the minimise the risk posed by COVID-19. For tickets and additional information on the Petersen Automotive Museum’s special Pininfarina exhibition, click here. 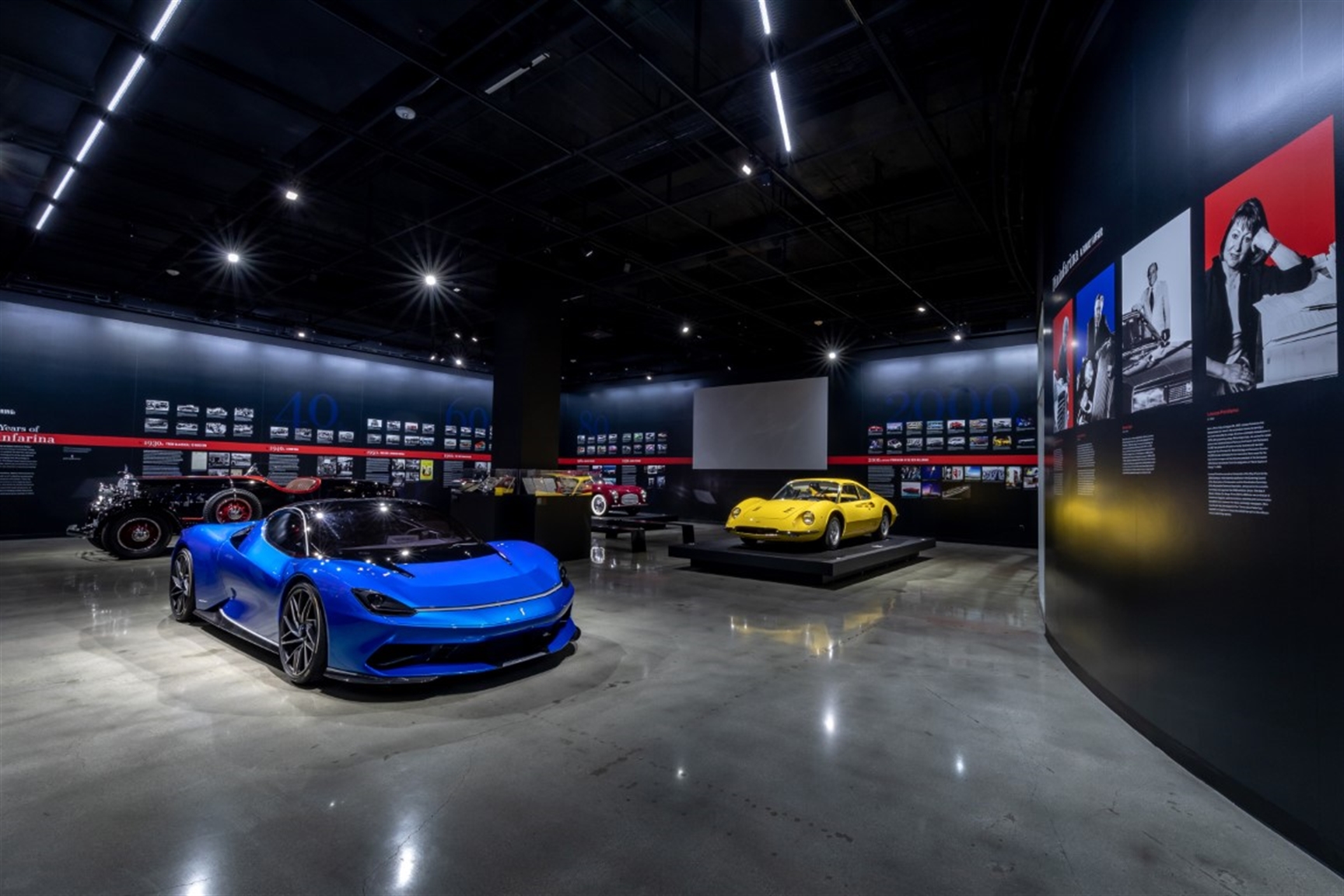