David was born in Essex in 1940 to Les and Dorothy, who both worked for Ford in Dagenham. He was the eldest of four brothers and one sister. Both his parents were involved in the war effort – Dorothy making helmets and Les driving a mobile anti-aircraft gun around the country to bolster local defences.

Evacuating the family to Nottingham to escape incessant Luftwaffe bombings around Hornchurch where they lived, David was put into the local Grammar school, but an education was the last thing on his mind. It was his father’s haulage business that lit a flame under him and sparked an interest in all things mechanical. He was soon messing about in the workshop, and he left school with no O-levels but with an ability to dismantle and rebuild an engine with his eyes shut.

He first worked in the service department of Beardall Motors, a local Volkswagen dealership in West Bridgford near Nottingham, and got involved in motor sport driving a Beetle in local car treasure hunts. In 1963 he spectated on his first RAC Rally and saw at first hand Timo Mäkinen doing what he did best. David was instantly hooked.

The next 15 years saw his career in motor sport blossom. Leaving Beardalls he went on to work for Dukeries Garage, which had a thriving rally car preparation business, and then was headhunted by Clarke and Simpson in London, which is where he met and later married Jill, the owner’s daughter. There he would prepare, on behalf of Ford Motorsport, privateer rally cars for dealers as the official Boreham operation was given over to works machines.

When Ford announced it was quitting rallying in 1979 to focus on a new car (what would later become the ill-fated RS1700T), David was tasked by its competition manager Peter Ashcroft to run the team, with drivers Hannu Mikkola and Ari Vatanen. And so David Sutton (Cars) Ltd was born. Through David’s sheer temerity, he took the by now ageing Ford Escort and – thanks to the entrepreneurial skills of Vatanen’s co-driver David Richards – found a sponsor in Rothmans. With Mikkola and Vatanen in the drivers’ seats he was tasked with winning the British Open in 1980 and the World Championship in 1981. The latter is a feat still unmatched – his is still the only privateer team to win the WRC.

David was no shrinking violet and ruffled many a feather in his own, rather brusque way. He built a team – with Ford and then Audi – of considerable repute in an era of ducking and diving, and was proud of his achievements. He set great store in loyalty and ran his teams almost like a family. A dysfunctional family, admittedly. He rather liked being in charge and could sometimes be perceived as bullish, but that was just his upbringing. Because he had found the right people to work for him, the teams always succeeded.

It was with Audi that I knew David, when I worked as a photographer for VAG. We kept in touch for the next 30 years, and dealing with him was always an event. You never knew what he had up his sleeve – but it would never be boring.

I was with him at his desk in Daventry one day, where he was regaling me with plans for another big adventure, this one in America. He paused mid-conversation and held up a small wood carving, gazing at it wistfully. It was given to him by a group of very famous Finnish rally drivers who he’d helped over the years – not just drivers from teams he ran. He would help anyone he felt deserved it. It was a small token of their appreciation that clearly meant a lot to David.

Looking back at my pictures of him that I took over the years, it’s obvious that he was a man who loved being in a ‘scrap’. He was hands-on, tenacious and utterly devoted to his wife Jill.

I shall miss him immensely. Goodnight DS. 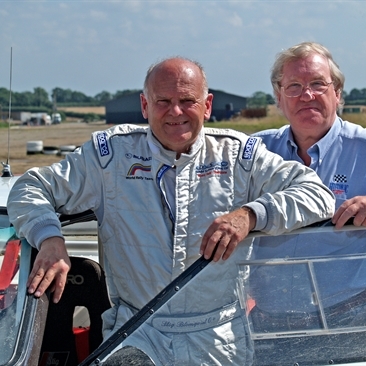 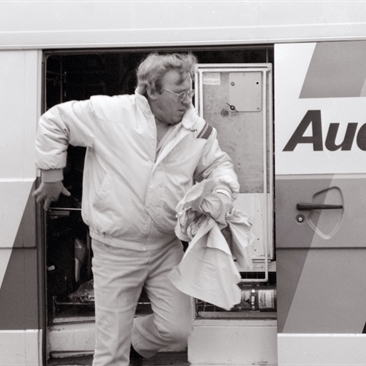 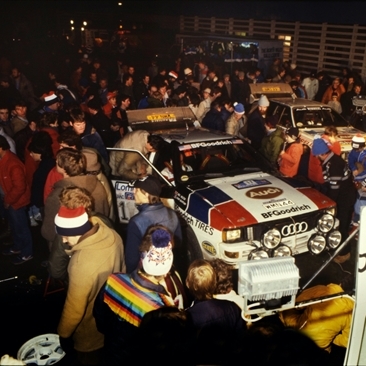 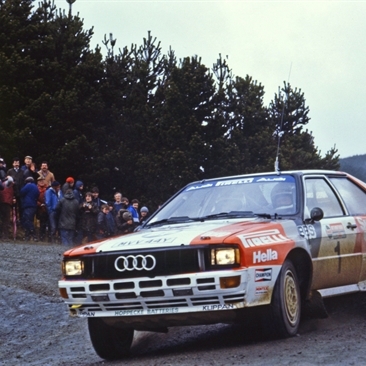