Legends of the US West Coast car scene assembled at Bruce Meyer’s garage in Beverly Hills for an event hosted by the Petersen Museum to celebrate the birthday of legendary hot-rodder, Alex Xydias, who turned 99 on March 22.

Many of the attendees are historic figures in the hot-rodding scene, and also celebrating significant birthdays this year. Ed ‘Isky’ Iskenderian, founder of the Iskenderian tuning company, turns 100 soon. Famous drag racing engineer Ed Pink will be 90, racing driver Don Prudhomme turns 80 and so too does Bruce Meyer, founding chairman of the Petersen Automotive Museum and host of the event.

After lunch was served and birthday cake was eaten, Alex sat down with his friends at the gathering and reflected on his fascinating life. The story of becoming a hot-rodding hero began for Alex when he bought a 1929 Ford at the age of 19, and took it to a dry lakes meet at El Mirage; this would prove to be a formative moment in his life.

Unfortunately, the spectre of World War Two temporarily put Alex’s dreams of speed on hold; for a while, anyway. As America entered the War, Alex joined the Army Air Corps in 1941, cutting his teeth as an engineer-gunner on B-17 and B-25 bombers.

Conscription had a silver-lining; it armed Alex with the engineering know-how and daredevil temperament required to become a luminary of American car culture. The aeroplanes Alex worked on during the war would also inspire one of the most famous hot rods ever created, but more on that later.

As the dust of the Second World War settled, Alex opened the famous So-Cal Speed Shop in 1946. The enterprise started humbly enough, mainly selling carburetor stacks and oil pressure gauges. This soon changed when Xydias decided to race to get the So-Cal name out there; “win on Sunday, sell on Monday”, as they say.

The decision to race led to the creation of the famous So-Cal belly tank car. Alex and his team harnessed their knowledge of military components to create this capsule of speed from the belly tank of a P-38 Lightning fighter. The combination of the belly tank body and warbly Ford flathead V8 subsequently smashed Bonneville salt flat records in the early ‘50s, achieving a top speed of 198mph. The So-Cal belly tank car now sits proudly as a jewel in the crown of Bruce Meyer’s collection and was fittingly a present guest at Alex’s 99th birthday celebration.

Xydias later turned to automotive filmmaking after his So-Cal Speed Shop days, covering Pikes Peak, Daytona, the Indy 500 and drag racing events. Then, he started the annual SEMA show after a stint working for automotive magazines. Alex’s lifetime commitment to his passion for cars culminated in the founding of his charity, The Alex Xydias Center for Automotive Arts (AXC).

The AXC was set up to ensure that future generations are equipped with the practical skills Alex used to trailblaze a career in the automotive scene. These skills are seldom taught in schools today, and the AXC ensures they won’t be lost in the midst of time. It’s hard to think of a more fitting legacy to honour a life so brilliantly dedicated to the pursuit of speed. 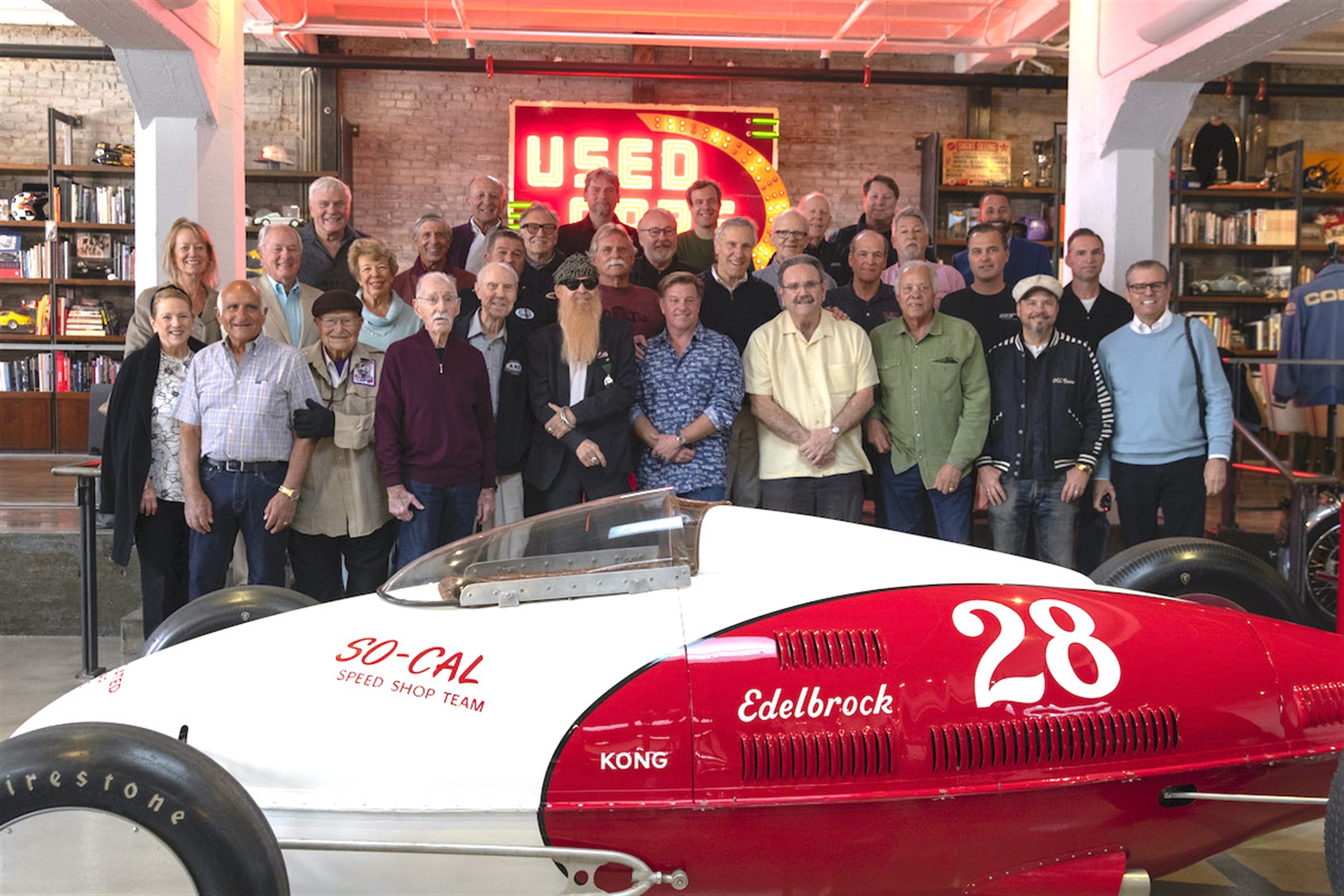 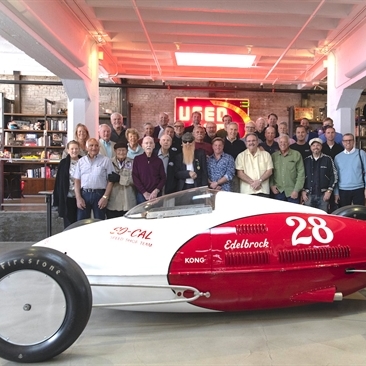 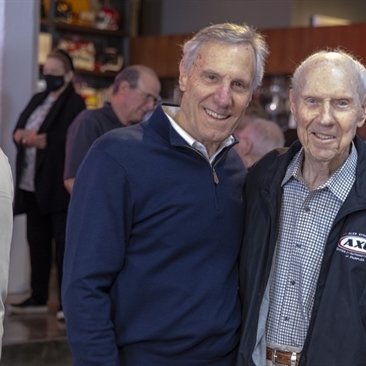 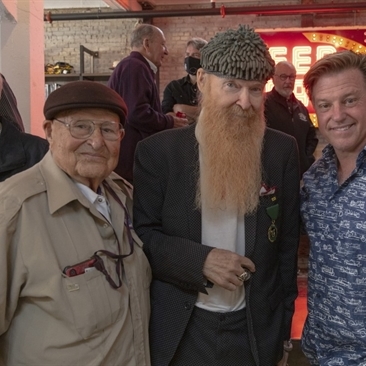 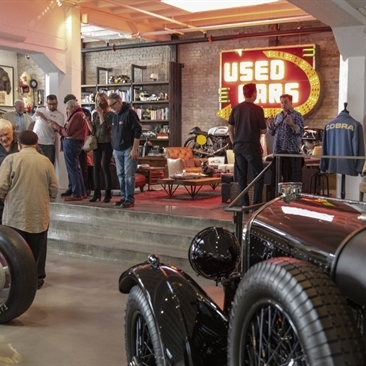 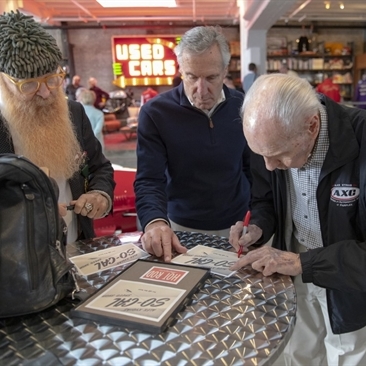 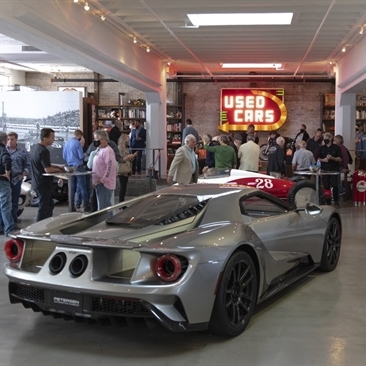 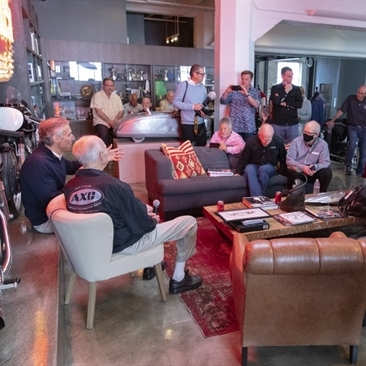 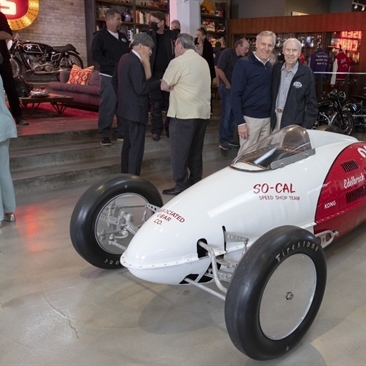 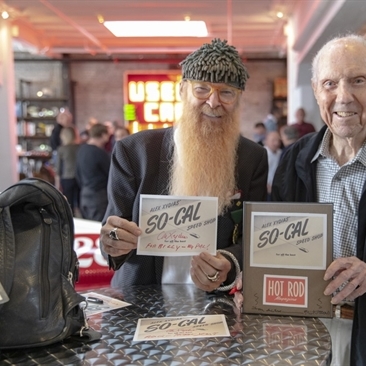 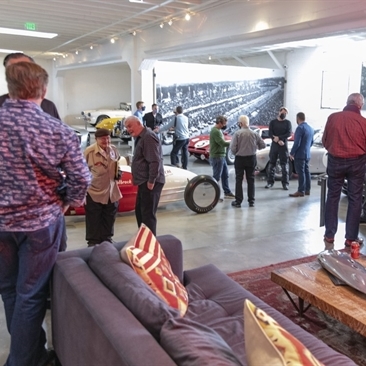 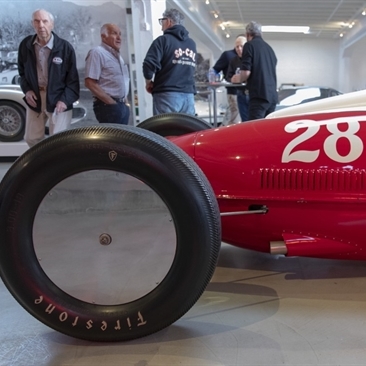 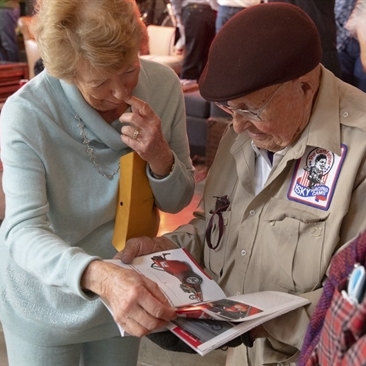