Gooding and Co has announced that it is selling the entire classic car collection of the late Neil Peart, the legendary drummer of Canadian rock band Rush. The sale will take place on August 13-14 at the annual Pebble Beach auctions during Monterey Car Week.

Neil Peart is widely recognised as one of the greatest drummers of all time and he was inducted into the Rock and Roll Hall of Fame in 2013. Dubbed ‘The Professor’ by fans, Neil was a gifted writer and lyricist and had passionate interests in the sciences, philosophy and literature. Neil’s car collection has been put up for sale by his estate after he sadly succumbed to brain cancer, having battled the disease for three and a half years.

Neil had explained how his incredible collection of cars came to be known as the ‘Silver Surfers’: “It felt right to me, I guess – the idea that I was just one of the wave riders… it just occurred to me that the color of the ocean had influenced the silver palette of the collection. What other color looks as good in a blue photo? Not black, not white – silver.”

Neil was driving a 1964 Aston Martin DB5 down the azure surroundings of the Santa Monica coast when the name came to him. The DB5 was a car Neil had coveted since childhood and was the first classic he ever bought back in 2009. The iconic British GT car features a blue leather interior, a five-speed ZF manual gearbox and alloy-rimmed Borrani wire wheels.

The only Silver Surfer not to be finished in silver paintwork is another icon from 1964: a Shelby Cobra 289. Neil purchased the black-liveried Shelby in 2015 after it underwent a “comprehensive restoration” during the mid-2000s. This car is of a particularly desirable specification, boasting a small-block Ford 289 V8 engine, side-exit exhaust, chrome wire wheels and rack-and-pinion steering. According to Gooding this car was “the pride of Mr Peart’s inventory of sports cars”.

A 1963 Chevrolet Corvette is the other American car in Neil’s collection and it too is a very special machine. 1963 was the only model year of the Corvette C2 to feature the iconic split rear window design, making this car all the more desirable and rare. Neil’s C2 features a red vinyl interior and a four-speed manual gearbox. The car has remained in his collection since 2011.

A rock star’s car collection would be incomplete without at least one model from an Italian marque and Neil’s includes three. Firstly, there is arguably the most beautiful and formative Italian supercar ever created: the Lamborghini Miura.

Neil’s Miura is a 1970 P400 S, the car features a transversely mounted Bizzarrini V12, producing 400bhp, making the P400 S the fastest car in the world in its day. This raging bull’s sculptural silver Bertone bodywork is excellently complemented by a black leather interior with air-conditioning and desirable cast alloy Compagnolo wheels.

The other final two Italian cars in Neil’s collection are both Maseratis. The oldest is an exquisitely maintained and exceptionally rare 1965 Maserati Mistral roadster. A mere 125 of the 953 Mistrals built over eight years were roadsters and this example was comprehensively restored under Neil Peart’s ownership by Ken Lovejoy of Boulder Creek, California.

A 1973 Maserati Ghibli 4.9 SS Coupé is the final Italian Silver Surfer and is, again very rare; one of just 425 produced. The car’s body was penned by legendary designer Giorgetto Giugaro and is described by Gooding and Co as “among his very finest work”. High praise indeed, but difficult to disagree with, especially when finished in the eye-catching silver metallic paintwork and tan leather seen here. The car was imported by Peart from Europe in 2013 and features the correct centre-lock Compagnolo alloy wheels.

The final car in Neil’s collection is a 1964 Series I 3.8-litre Jaguar E-type coupé. This revered model is celebrating its 60th anniversary this year and was famously described by Enzo Ferrari as “the most beautiful car in the world”. This example is finished in Opalescent Silver with a red leather interior and is equipped with several subtle upgrades, including a Tremac five-speed gearbox, lightened flywheel, Wilwood disc brakes and uprated suspension components.

It isn’t often that such a desirable ensemble of cars is set to cross the block from the same collection at the same time; with the providence that these seven cars share, it’s almost unheard of.

Gooding and Co’s president and founder David Gooding, said: “We are beyond honored and humbled to be entrusted with the sale of Mr. Peart’s beloved collection of classic cars. Neil Peart touched the lives of so many through his groundbreaking career in music, including my own, and we are confident that his personal curation of classic cars will resonate with passionate collectors, finding them new homes with the same appreciation for them as the icon himself held.” 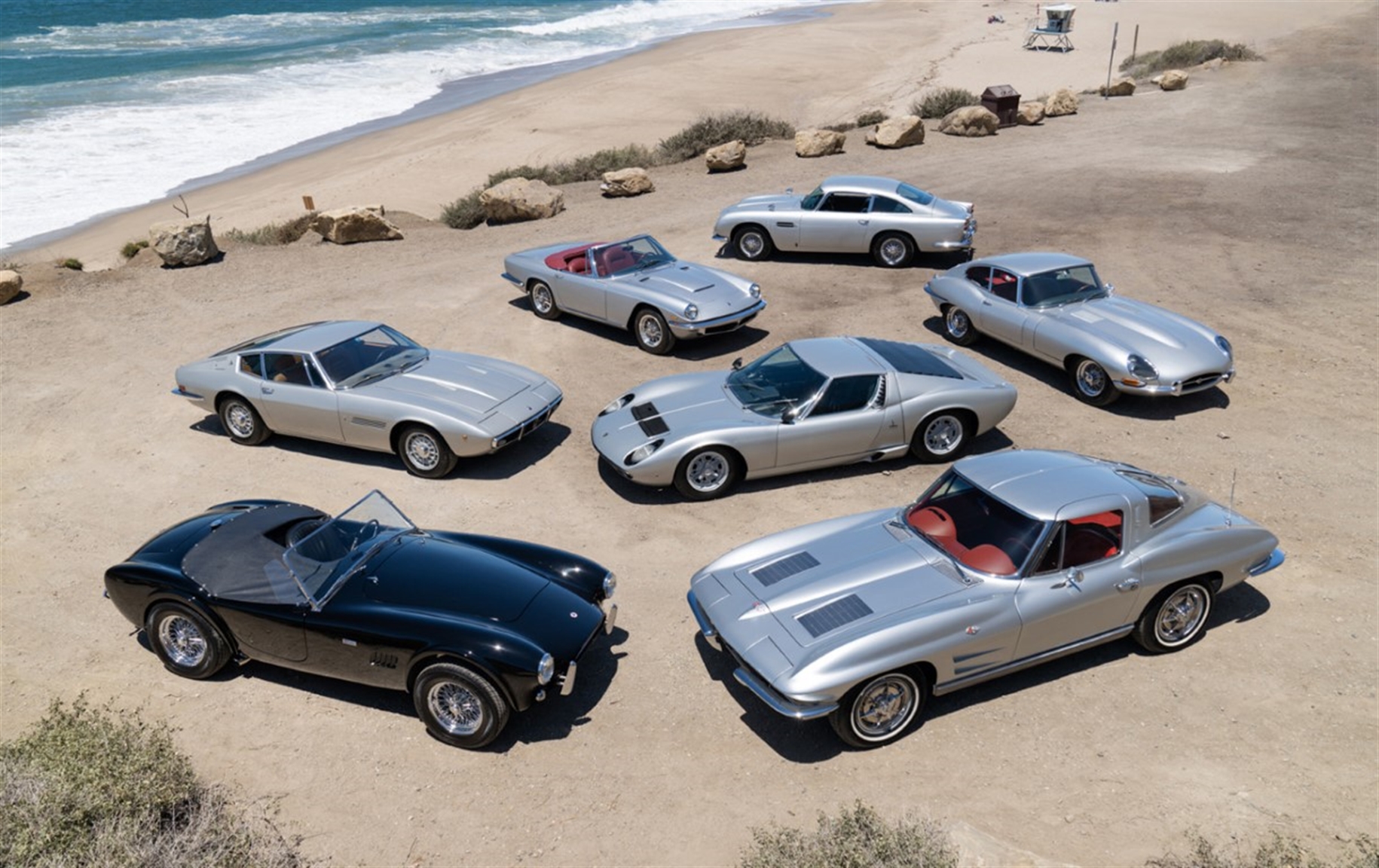 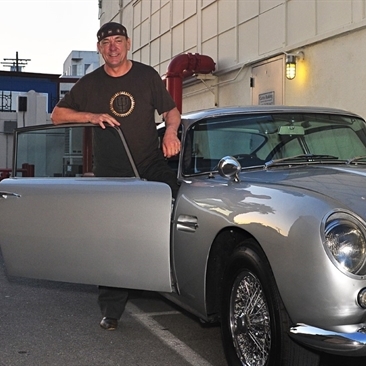 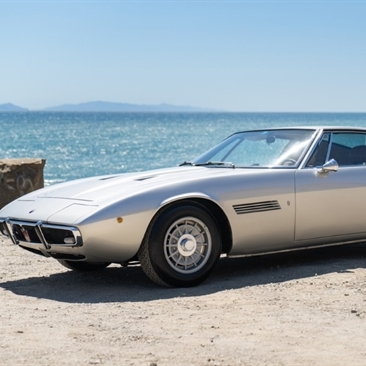 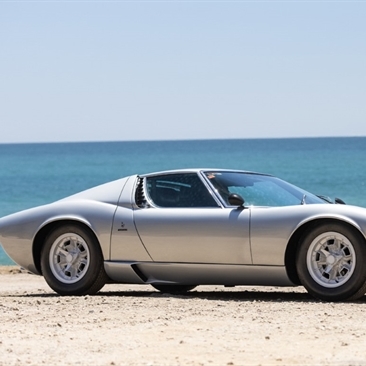 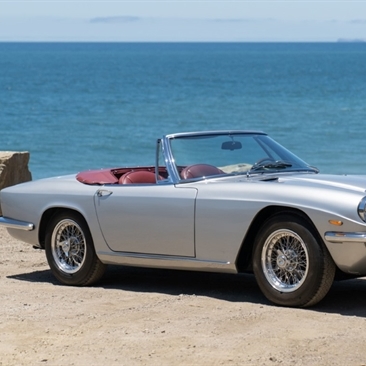 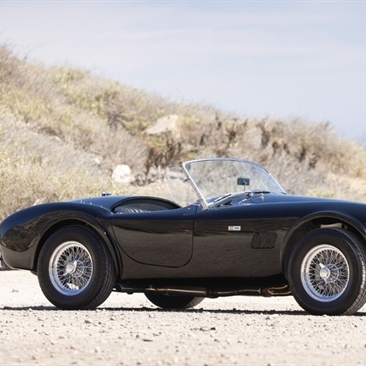 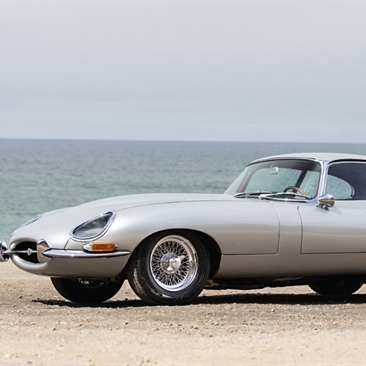 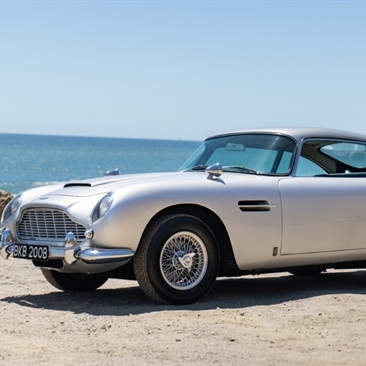 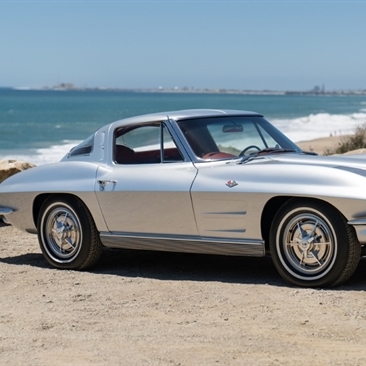