Mecum’s has announced that Parnelli Jones’ famous 1969 Ford Bronco ‘Big Oly’ will roll onto the auction block in May during the company’s 34th Original Spring Classic Auction in Indianapolis.

Parnelli Jones is undoubtedly a motor sports icon, having won in a variety of disciplines, including Indycar, Pikes Peak, stock cars, sports cars and Baja. Jones’ most famous accolades include winning the Indy 500 in 1963 and the Baja 1000 in 1971 and 1972.

Jones’ back-to-back Baja victories were secured in Big Oly, the first off-road ‘super car’. Big Oly’s story began in a fateful manner, when Parnelli Jones declined Bill Stroppe’s offer to compete alongside him in the 1967 Baja 1000.

Following his rejection, Stroppe suggested that Jones “wasn’t man enough for off-road racing”. Jones later recalled that Stroppe’s gibe was akin to, “showing a red cape to a bull”.

Jones entered the 1968 Baja 1000 in a mostly stock Bronco, but following an underwhelming showing, he was inspired to create a purpose-built machine and Big Oly was born.

Big Oly’s modifications meant it was faster, stronger, and lighter than the original, and ready to compete in the American continent’s toughest off-road race. In the car’s first attempt in 1970, Jones pushed too hard and snapped an axle, ending his hopes of victory.

However, the car dominated the competition in 1971 and ‘72, before winning the Baja 500 and Mint 400 in ’73. This galvanised the car’s status as “…the single most significant Bronco-inspired vehicle ever built, and the one likely most responsible for the model line’s ultimate commercial sales success”, Mecum says.

Big Oly will be joined by several other cars from Parnelli Jones’ personal collection. These include a 1974 Parnelli VPJ-4 Chassis 4/002 Formula One car driven by Mario Andretti and a replica of the 1963 Indianapolis 500-winning car nicknamed “Ol’ Calhoun”.

Bid registrations and tickets for the event are available online and open to buyers, sellers and spectators. The event will take place between May 14-22 and portions of it will be broadcasted by NBC Sports Network. 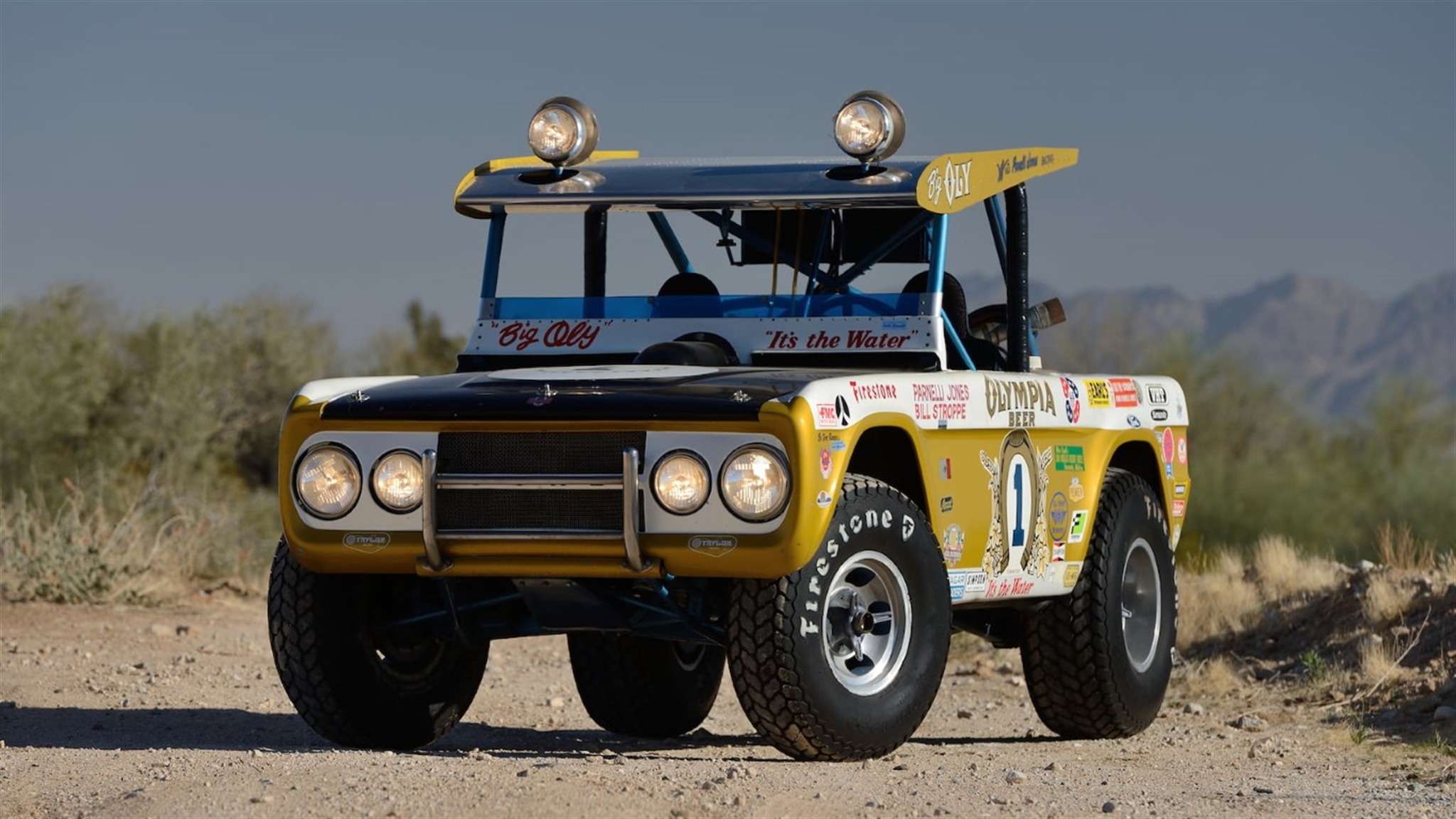 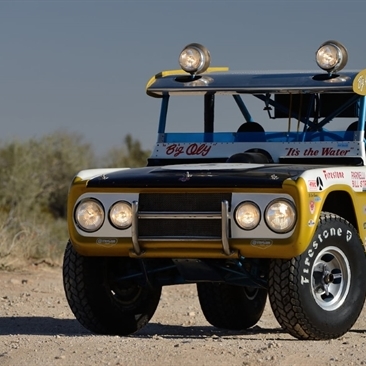 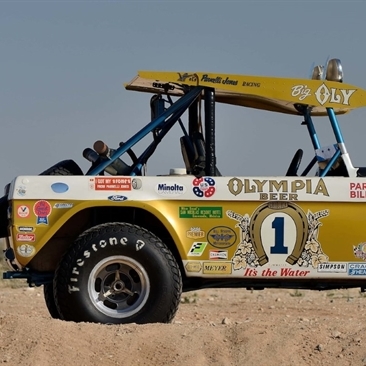 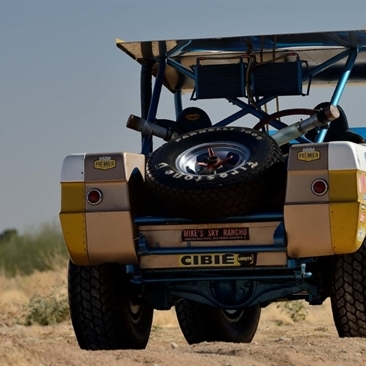 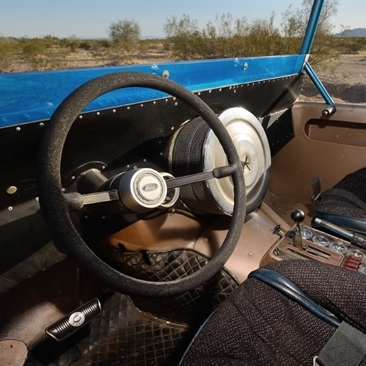 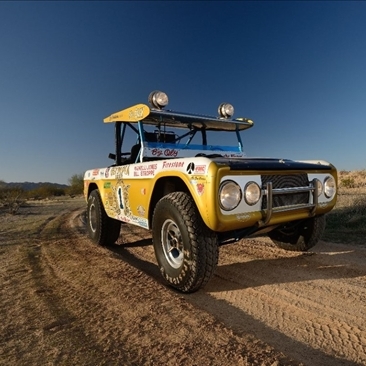 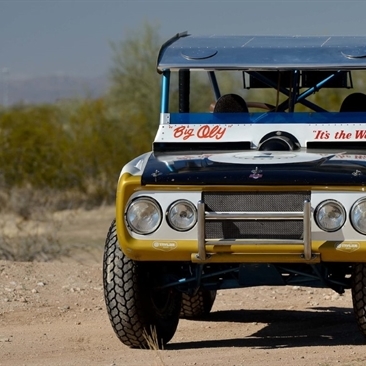 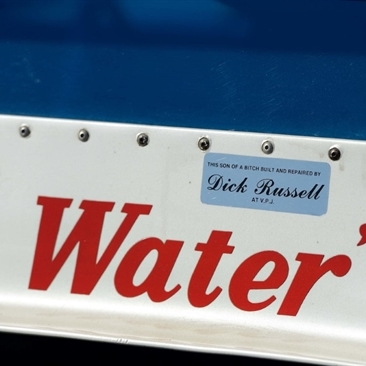 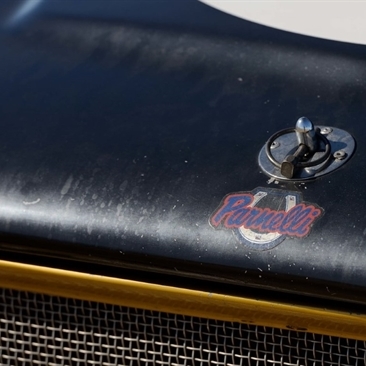 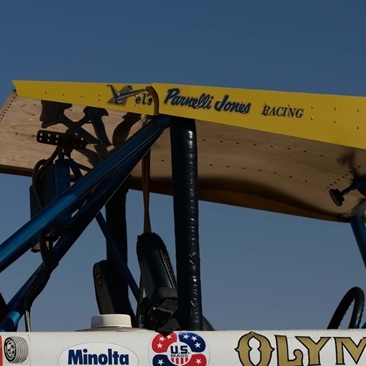 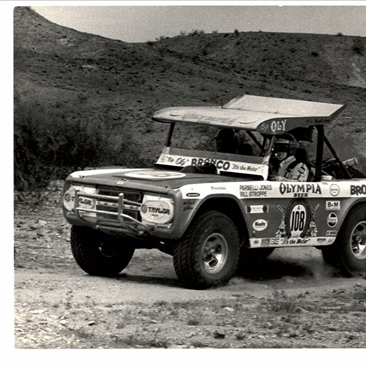 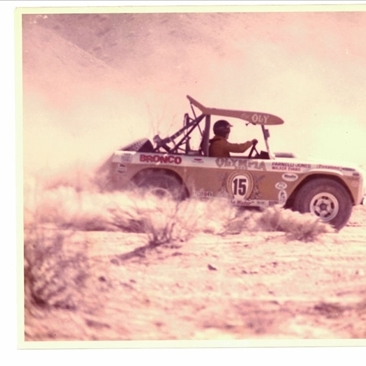 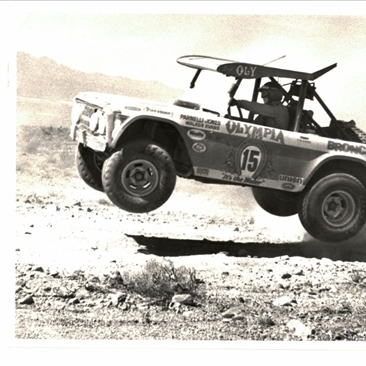