Remember when Continuation cars were something of a novelty? It’s easy to forget the controversy, elation and wonder these models inspired just a short time ago, such is their prevalence in today’s automotive press.

Jaguar’s Classic Works division pioneered the trend back in 2014 with the headline-grabbing announcement that it would create six new 1963-spec E-type Lightweights. The cars were built to uncompromising standards of authenticity, costed around £1.1 million ($1.5m) each and sold out five times over. Jaguar followed this up with XKSS and D-type Continuations, both of which were also priced in the seven-figure range and also sold out; no wonder marques such as Bentley, Aston Martin and Shelby have followed Jaguar’s lead in recent years.

Back in January, Jaguar Classic Works announced it would honour the 70th anniversary of the iconic C-type racing car with its next Continuation project; a limited run of eight works Le Mans-spec 1953 Jaguar C-types. Eight months later, on August 19, 2021, the Car Zero prototype made its media debut at Jaguar Classic’s Coventry headquarters, ahead of its public unveiling at the Concours of Elegance at Hampton Court Palace on September 3. The results are breathtaking.

The original car debuted as the XK120C at the 1951 Le Mans 24 Hours – a race it famously won with Peter Whitehead and Peter Walker. The C-type then repeated this feat with a dominant victory in 1953, and the winning duo of Duncan Hamilton and Peter Rolt became the first to finish the great race with an average speed of over 100mph. The remaining C-types finished in second, fourth and ninth – a remarkable achievement. Jaguar built 53 C-types between 1951 and 1953, 43 of which were sold to private owners.

As the pinnacle of the C-type’s development, the 1953 works car was fitted with a range of mechanical upgrades, refinements and innovations that were unique and never offered to the public – until now. Jaguar Classic has meticulously recreated all of these features in exacting detail for the Continuation car, using reconditioned original parts and period-correct manufacturing methods wherever possible.

To make this possible, Jaguar Classic embarked on an arduous two-year “deep-dive into the C-type’s history and heritage”. This involved scouring the company archives for drawings, documents and photographs, as well as recruiting copy typists to digitise more than 2000 items listed on the car’s original engineering ledger. The archive data was supplemented with the guidance of legendary Jaguar test driver and engineer Norman Dewis, shortly before he sadly passed away in 2019.

The combination of Norman’s insight and the painstaking digitisation of thousands of pages of archive material culminated in the creation of a millimetre-perfect 3D CAD model. “This is the first time Jaguar Classic has digitally created an entire car in this way,” says head of engineering David Foster. “The model was created using JLR’s latest computers; I don’t think this would have been possible 10-15 years ago.”

Cast your eyes over the beautiful Malcolm Sayer-designed bodywork, and Jaguar Classic’s obsessive commitment to authenticity becomes immediately obvious. As well as being dimensionally accurate, the car’s body includes all the 1953-specific alterations made in the quest for faster lap times and greater reliability. The most obvious examples are the additional vents located behind the front wheels and on the bonnet; an enhancement carried out to remedy the overheating maladies that caused all three C-types to retire from Le Mans in 1952.

Another, more subtle development was Jaguar’s use of lighter, thinner-gauge aluminium for the bodywork as part of its raft of post-1952 upgrades. “The car back in period was running 1.2mm-thick material,” David says. “We’ve increased that to 1.5mm, just to boost the structural rigidity; it’s quite easy to lean on the thinner panels and dent them.”

The attention to detail continues when you open the Continuation car’s long clamshell bonnet. Firstly, there’s the legendary XK-derived 3.4-litre straight-six engine; each one is handmade in Coventry and takes nine months to complete. It produces the same 220bhp as the original car, and is fed by three refurbished twin-choke Weber 40DCO3 carburettors manufactured in period.

Take a look at the gearbox casing and you’ll discover a Plessey hydraulic pump has been fitted to pump hydraulic fluid into the braking system, just as it did in the original. But it’s the subtle details that are arguably the most impressive. For example, the C-type’s brake reservoir has a bracket that was designed for its use in another vehicle; it has been retained on the Continuation model, despite serving no purpose. Fabric tape used on the wiring loom is identical to what was used in period, and the colours of the individual wires are the same, too. Similarly, the 1953-spec C-type was fitted with a unique Lucas fuse box cover to previous models; each one is original and took Jaguar Classic months to track down.

The engine and gearbox are surrounded by a latticework of steel piping that makes up the car’s innovative tubular frame. In 1953 some of the steel tubes were made thinner for weight-saving purposes, and the Continuation car’s frame is fabricated to this exact specification. Arc welding was used in period for the frame’s construction, so Jaguar Classic specifically retrained its engineers to weld the new car’s framework using the same method. “It’s really important to us that the car is manufactured with the same techniques as were used in period, and there will be elements of patina on it that highlight what that technique is,” David says.

Look behind the silver, 60-spoke, 16-inch wire wheels and you’ll see the car’s most famous innovation: disc brakes. Jaguar co-developed these with Dunlop, who happened to be situated on the same industrial estate in Coventry during the 1950s. The brakes are credited as a major factor in the C-type’s dominant victory at Le Mans in 1953, which popularised their use in motor sport and road cars thereafter. The C-type Continuation’s brake calipers, pads and discs are all manufactured to the same specification as the originals. The same goes for the car’s suspension, which features remanufactured shock absorbers and is set up using the same geometry found in the archive data.

The interior reveals a further myriad of fascinating design details. “The rear-view mirror is a true piece of history,” David says. “It’s an original Lucas mirror from a period car; at the start of the process there was only one available.” The Rexine finish used on the dashboard and interior side panels is from the last roll remaining in the factory. It surrounds hand-painted Smiths instruments and original switches that are faithful to the originals.

The Jaguar roundel was removed from the centre of the works car’s Bluemel steering wheel to reduce glare and reflections while racing, and it is also absent from the Continuation car – although customers can opt for its inclusion. The interior’s ambience of authenticity is completed with Bridge of Weir upholstered leather seats, silver Hardura trim and a Brooklands race screen.

Despite the jaw-dropping commitment to historical accuracy, several changes were made for FIA homologation purposes so that the car is eligible to compete in historic racing. These include the fitment of a modern race-spec fuel tank in favour of the original car’s lightweight rubber-bag tank, fire extinguishers, additional toggle switches, an FIA-approved Harness Retention System and removable rollover protection. These deviations are integrated with as much sympathy for the original design as possible, and are similarly complemented by reliability upgrades to components such as the radiator.

The C-type Continuation’s FIA homologation means that the eight future owners have the option of participating in the Jaguar Classic Challenge, which races at world-famous circuits including Silverstone and Le Mans. Owners will also be invited to a “racing-inspired celebration event” at the Spa-Francorchamps circuit in Belgium after taking delivery of their cars in 2022. Pricing is unconfirmed, but is expected to fall in the £1m-£2m bracket occupied by Jaguar Classic’s previous Continuation models.

More information and the C-type Continuation’s digital configurator can be found by visiting Jaguar Classic’s website. 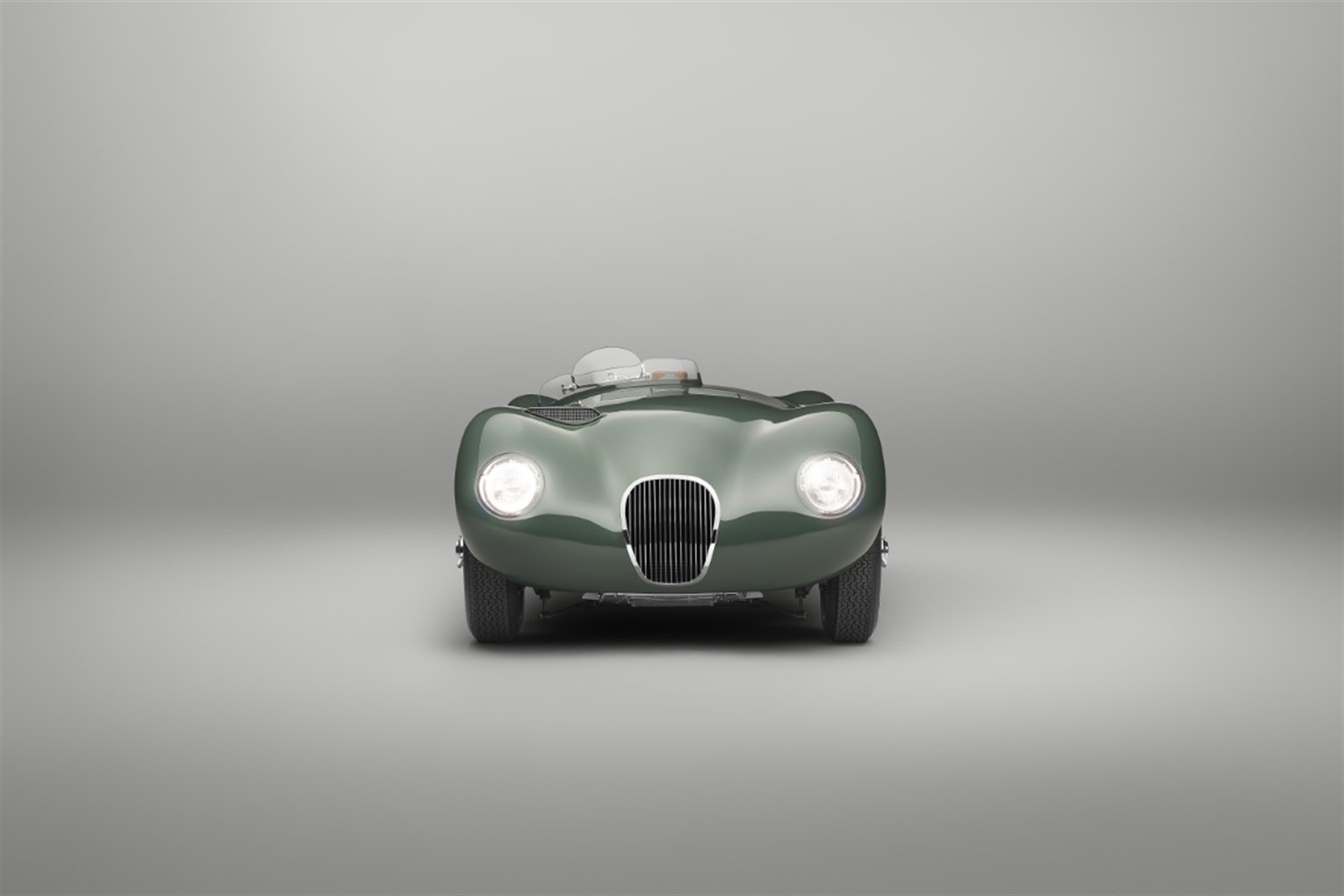 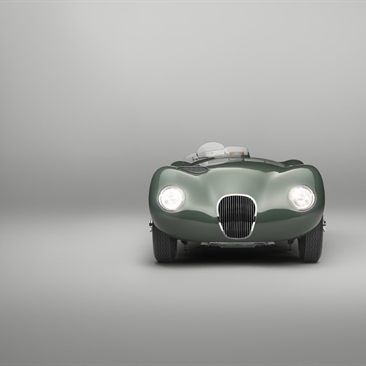 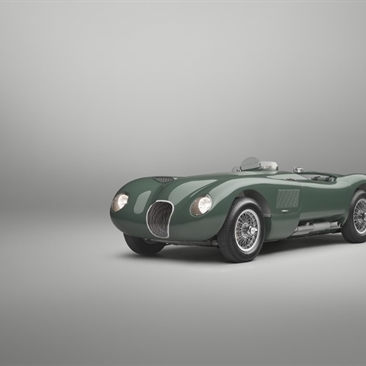 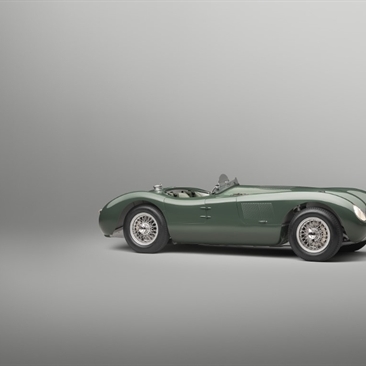 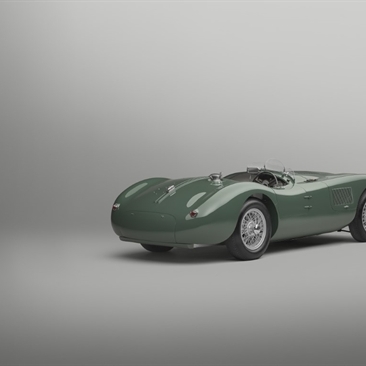 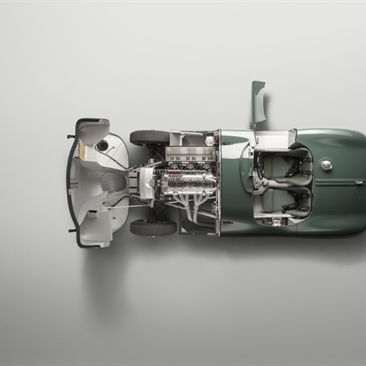 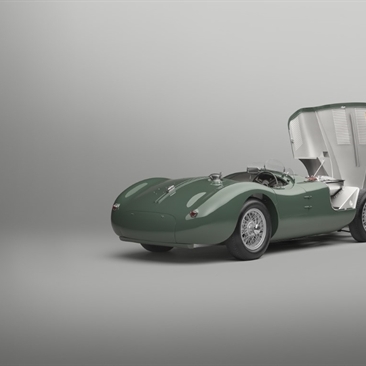 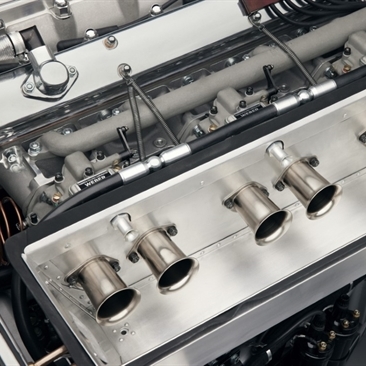 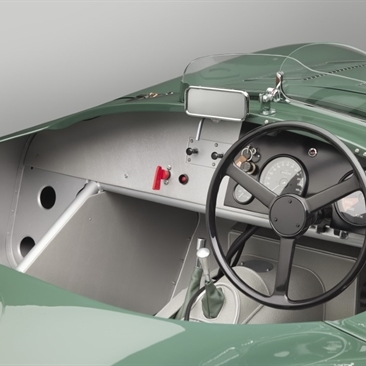 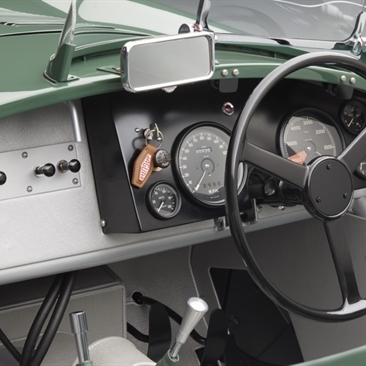 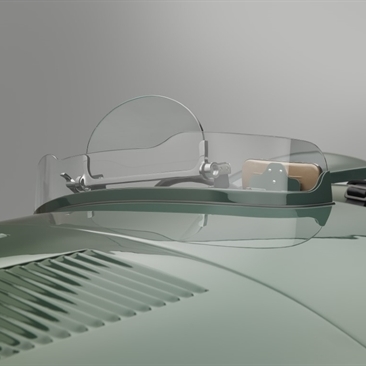 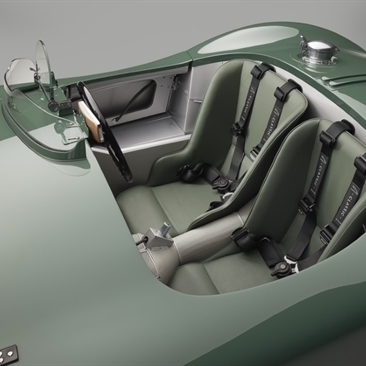 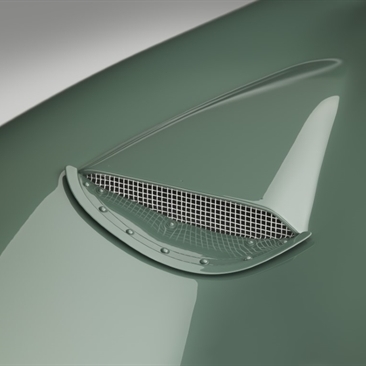