Some stories behind motoring personalities, marques and models are destined to be canonised into automotive lore. We’ve all heard the legend of Norman Dewis driving the famous 9600 HP Jaguar E-type from Coventry to Geneva overnight, and how a feud with Enzo Ferrari inspired Ferruccio Lamborghini to start building supercars as well as tractors.

The birth of INEOS’s new car, the Grenadier, certainly seems a rich vein to be retold in the future as affectionately as the stories mentioned. The tale goes that the adventure-loving founder of INEOS, Sir Jim Ratcliffe, was ruing the demise of Land Rover’s Defender in 2016 in the Grenadier pub in London.

That’s when the idea came for Sir Jim to extend the life of the legendary Land Rover. Initially, the idea was for INEOS to buy the tooling and jigs from JLR – something that was quickly rejected, so it was back to the drawing board. It was then decided that INEOS would simply make its own interpretation of what the Defender represented: “A serious off-roader from the ground up. The rugged 4×4 that will get you there. And get the job done,” in INEOS’s words.

The exterior certainly bears the hallmarks of a no-nonsense off-roader, as it sits proudly in the centre of an immaculately painted unit at Bicester Heritage for its interior reveal. The Grenadier boasts an unapologetically boxy, Defender-like profile, pressed-steel wheels you can beat back into shape with a hammer, and an assortment of ‘utility rails’ running down its flanks that resemble a feature you’d find on a Heckler and Koch rather than a car.

“There are more and more jelly-mould SUVs developed in a wind tunnel, and fewer and fewer rugged SUVs. Customers are moving to pick-up trucks because there’s nothing left in the market,” says commercial director Mark Tennant.

It’s clear that the utility-driven philosophy of the Grenadier extends well beyond the car itself. INEOS is ambitiously creating its own servicing and parts networks specifically for the car, tailoring them for the challenges of the “far-flung markets” in which the vehicle is intended to operate. To make sure the car can tackle these terrains, prototypes are currently being used by the HALO Trust to help clear landmines in Afghanistan.

A similar approach is being taken for how the car is intended to be sold, which will be through agencies rather than an INEOS dealership network. “We need to overcome what people don’t like about car buying,” Tennant explains. “There will be no hallowed mausoleum of a showroom; the customer can interact with us on their terms.”

The company intends to steadily increase production to 25,000-30,000 vehicles a year once it gets underway at the INEOS Hambach factory in France next July. Interestingly, INEOS is currently manufacturing Smart cars there under licence for Mercedes-Benz in order to get a head-start as an OEM before Grenadier production begins.

Having heard the background of how INEOS plans to operate as a manufacturer, and after seeing the Grenadier in the metal for the first time, it was time to get down to the purpose of our visit to Bicester Heritage: the interior reveal.

That meant an in-depth tour by the Grenadier’s award-winning designer Toby Ecuyer, who has spent the past 20 years of his illustrious career designing superyachts. How Ecuyer approached the Grenadier’s interior, which is really the antithesis of a superyacht, was an intriguing prospect.

Peering inside revealed the shapes and ergonomics of the interior were rugged and familiar yet filled with fresh, modern and innovative details. “Capability, durability, form follows function,” was Ecuyer’s opening gambit. Having heard this, several details of the interior came to my attention; most notably the various exposed screws glinting from the centre console as they were bathed by the artificial lights of the unit.

Don’t be fooled into thinking exposed screw heads are simply a lazy styling exercise, either. “Everything is designed to be modular,” Ecuyer explains. “The screws mean you can replace broken switches without having to replace the entire dashboard. It also means the centre console is customisable.” Naturally, it is also fully waterproof.

The switchgear itself is chunky, unambiguous and very easy to use – there is no haptic feedback or touch-sensitive buttons to be found here. In terms of how everything is laid out, it’s deliberately accessible to both driver and front-seat passenger, the idea being that they can help the driver when navigating particularly demanding terrain. This ethos facilitated the placement of various buttons and switches in the headlining, which is not only practical but also very cool.

Lower yourself into the driver’s seat and the Recaro seats are supportive and comfortable in equal measure, with enough bolstering for support when off-road but without being detrimental to the car’s on-road comfort – although the real test, of course, will be a long journey. There is also plenty of elbow space, unlike a certain off-roader from Solihull.

It may seem a trivial detail, but INEOS’ choice of enlisting Recaro for the seats is indicative of the company’s pragmatic approach to outsourcing various components from established suppliers with decades of experience. The axles, for example, need to be as heavy duty as possible, so were sourced from Carraro, an Italian company whose usual clientele are tractor and lorry manufacturers.

Wrap your fingers around the twin-spoke steering wheel, and the quality of the brown leather bound around its rim is immediately obvious. “We went for a high-quality saddle leather for the steering wheel; we thought it would be a nice touch for it to develop a patina during years of ownership,” Ecuyer says; another indication that this is a car built to last.

A simple set of buttons adorns the steering wheel – cruise control on the left and infotainment on the right. The most eye-catching button on the wheel is bright red and says ‘toot’ underneath an icon of a bicycle; it is intended to be a more friendly way of announcing your presence than the main horn.

The Grenadier may have been inspired by the demise of the Defender, but touches such as this, and the port and starboard references on the centre console, ensure it has a personality all of its own – quite an achievement for a petrochemical company’s first attempt at a car.

The overall impression of the Grenadier is robustness, dependability and a proud rejection of the frivolities of many modern SUVs. Bearing in mind that the model shown at Bicester was still a prototype and the team has not yet finished its goal of 1.8 million kilometres of testing distance (the equivalent of two return trips to the moon), the finished product should be impressive. Pricing is unconfirmed but tipped to sit in the £45,000-£60,000 range. We can’t wait to drive it.

For more information on the INEOS Grenadier, click here. 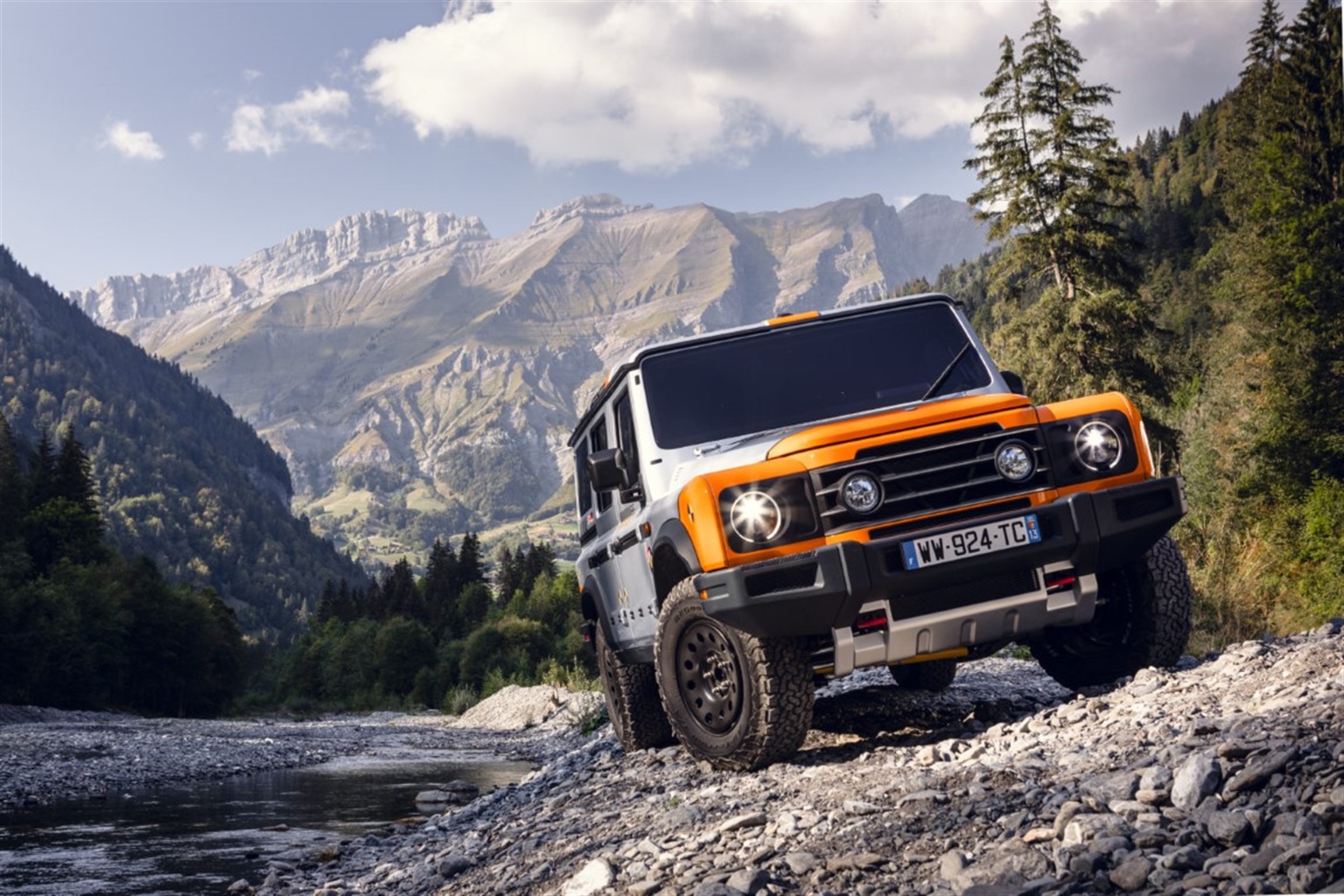 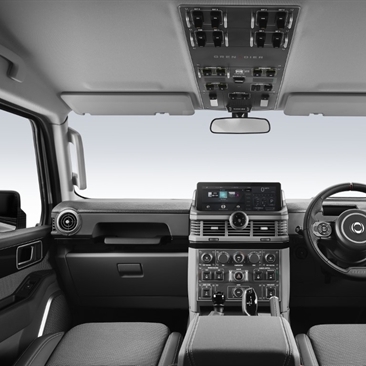 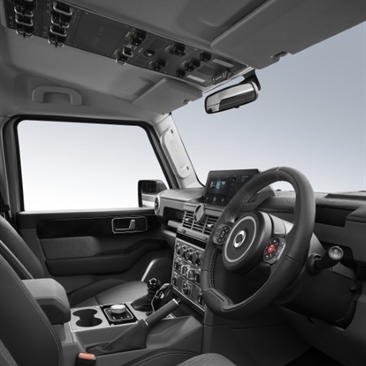 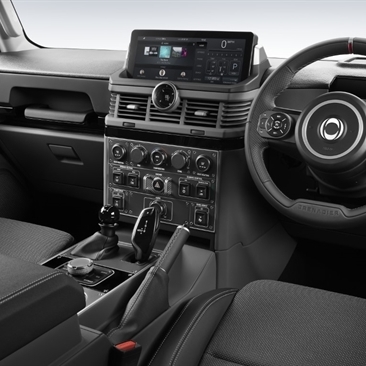 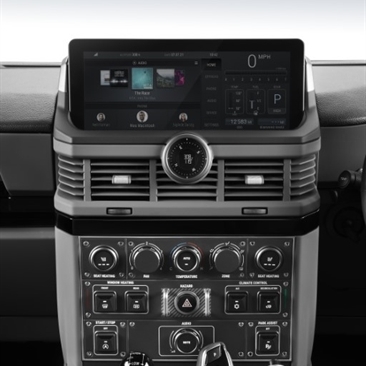 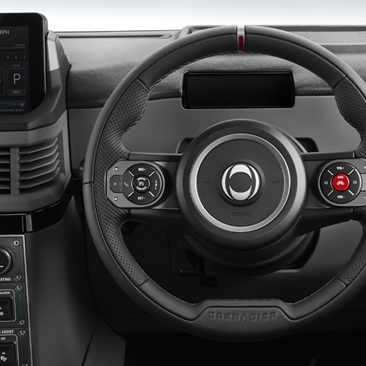 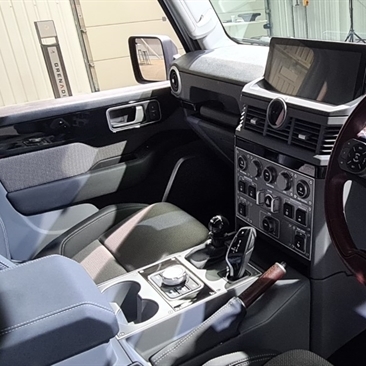 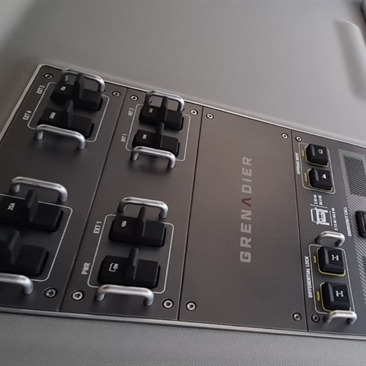 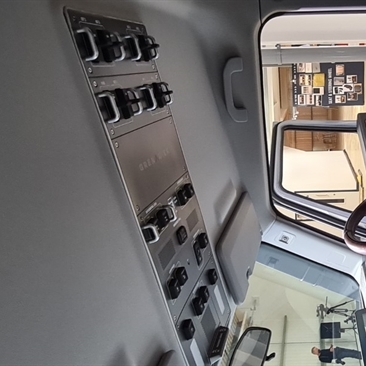 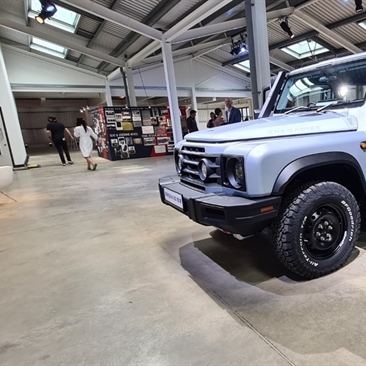 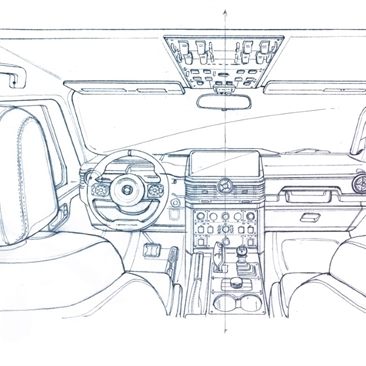 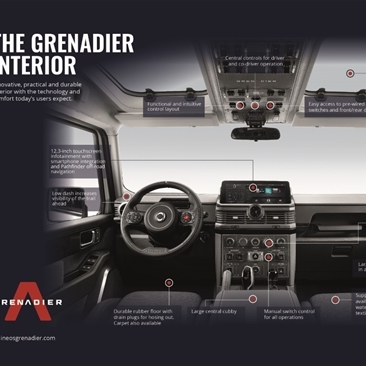 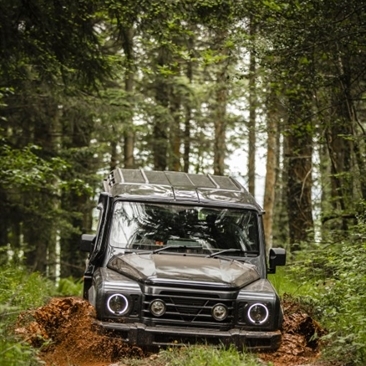