Leading figures of the classic car sector have banded together to form the Historic and Classic Vehicles Alliance (HCVA), a not-for-profit organisation designed to protect the future of “Britain’s world-leading classic vehicle industry”.

According to the Alliance, the British classic car industry is currently facing three “priority issues”: the environment; post-Brexit challenges; and jobs and skills. If these issues are not overcome, the HVCA is concerned that over 100,000 jobs and £3bn of tax revenue will be erased from the UK economy through negligence and ignorance.

The most immediate and ominous of these three issues is the impact of increasingly stringent, heavy-handed and poorly focused environmental regulations. The UK ban of new, purely internal-combustion-powered cars from 2030 is already “damaging vintage owners’ confidence and enthusiasm”, the HVCA says.

The Alliance claims the problem is manifested in a fundamental “misunderstanding of the environmental impact of vintage motoring”, by regulators and politicians. This likely emanates from the fact that the often-carburettor-fed engines of classics are less efficient than modern direct-injection equivalents.

It is certainly true that modern engines boast greater efficiency, but this somewhat misses the point; classics aren’t intended to be used as everyday transport, so shouldn’t be legislated as such. For this reason, classics emit just one sixth of the total annual emissions of a modern car, according to a report by HERO-ERA.

The report found that, on average, classic cars are used a mere 16 times a year, totalling 1200 miles or less. The CO2 produced by a classic car over this distance is equivalent to 20 percent of the CO2 output by a person’s annual computer and phone usage, according to the HCVA.

The Alliance also points out that a classic car’s environmental impact is offset to some extent by its longevity: “It is all about applying enduring skills to prolonging the life of great pieces of craftsmanship, rather than surrendering to built-in obsolescence.”

It is details such as these that are important for both regulators and the public to consider when addressing the environmental issue. In other words, a more collaborative, reciprocal solution needs to be reached by both environmental campaigners and car enthusiasts. If environmental campaigners can empathise with the cultural, historical, economical and emotional significance of cars to millions of people, and car enthusiasts avoid appearing as luddites damaging the environment for the sake of their hobby, then common sense should prevail.

That said, the current indiscriminate application of new legislation is counter-productive, as it punishes and alienates classic car owners for a problem they are largely not contributing to. Instead, a holistic analysis of the environmental issue and all of its layers of complexity must take place. rather than the current tunnel-visioned focus on exhaust emissions.

The legislative bureaucracy created by Brexit must also be overcome if the employment of 113,000 people in the classic car sector is to be assured for the future. The HCVA says that the countless small classic car businesses across the country are “trapped in a bureaucratic nightmare as they navigate red tape” relating to post-Brexit logistics.

Should these countless businesses succumb to the political turmoil thrust upon them by Brexit and exacerbated further by the pandemic, then it will deepen the wealth divide between London and the rest of the UK, particularly the north. According to the Alliance, just five percent of classic car businesses are based in London and many are clustered in the Midlands and northwards.

HCVA director Harry Whale of Silverstone Auctions said: “Our sector is a great British success story and has been for decades. But it’s in serious jeopardy and may not survive to continue providing opportunities for future generations if we don’t act now. In a world of mind-boggling bureaucracy, with environmental and other legislation looming, we need to ensure the voice of the industry and owners is heard and understood by regulators and those in power.”

The final issue outlined by the HCVA is the potential for a skills shortage, which if not addressed, would compromise the foundations of the entire sector in a matter of decades. By its very nature, the maintenance and building of classics rely on artisan, traditional and highly skilled craftsmanship.

Marques such as Morgan, for example, still use ash to construct certain chassis components. The demand for cars like these keeps traditional craftsmanship skills alive and guarantee the future of the UK’s £12bn classic car fleet.

If legislation enacted creates a dwindling demand for low-volume vehicles and classics, and stigmatises cars to the extent that the next generation is disinterested, then these skills will be lost, too. If this happens, Britain will no longer be the leader of the global classic car industry, and countless careers and apprenticeship opportunities will be denied to the next generation.

Encouragingly, Conservative MP Nus Ghani has already thrown her support behind the HCVA: “The classic and historic vehicle industry is a great British success story that gives pleasure to millions… We need to do all we can to support a sector that provides thousands of highly skilled and well paid jobs in my constituency and across the UK, and preserves exemplary skills and craftsmanship… The HCVA has my wholehearted backing.”

Legendary British Formula 1 designer Gordon Murray has also added his name to the list of the HCVA’s early backers: “It has always been important to support individuals, companies and organisations that preserve our automotive heritage. The restoration and preservation of classic cars keeps our rich history in the automotive sector alive for future generations. As we move towards electrification and ever-more stringent regulations, in my view it will become even more important to support and protect our classic automotive heritage.”

The HCVA hopes to help instil confidence in specialist automotive firms by introducing its own new Kitemark, assuring the quality and integrity of the parts or services an individual is purchasing. This would simultaneously ensure that the exemplary reputation of the wider classic car industry is maintained.

The Alliance aims to bolster its political clout by enlisting the membership of businesses and individuals across the sector, including established dealers, marque specialists, restorers, parts specialists, competition preparers, importation and registration services, and transport and storage specialists. Private owners will also be allowed to join the HCVA, and will be invited to exclusive events organised by the Alliance in exchange for their membership fee.

“The time has come for us in the industry, owners and enthusiasts to join together to correct a host of myths and misconceptions, and to protect and celebrate the world we love,’ said HVCA co-director Henry Pearman, founder of Eagle E-types.” With the sector looking at its most vulnerable since coming into existence, it’s difficult to disagree. 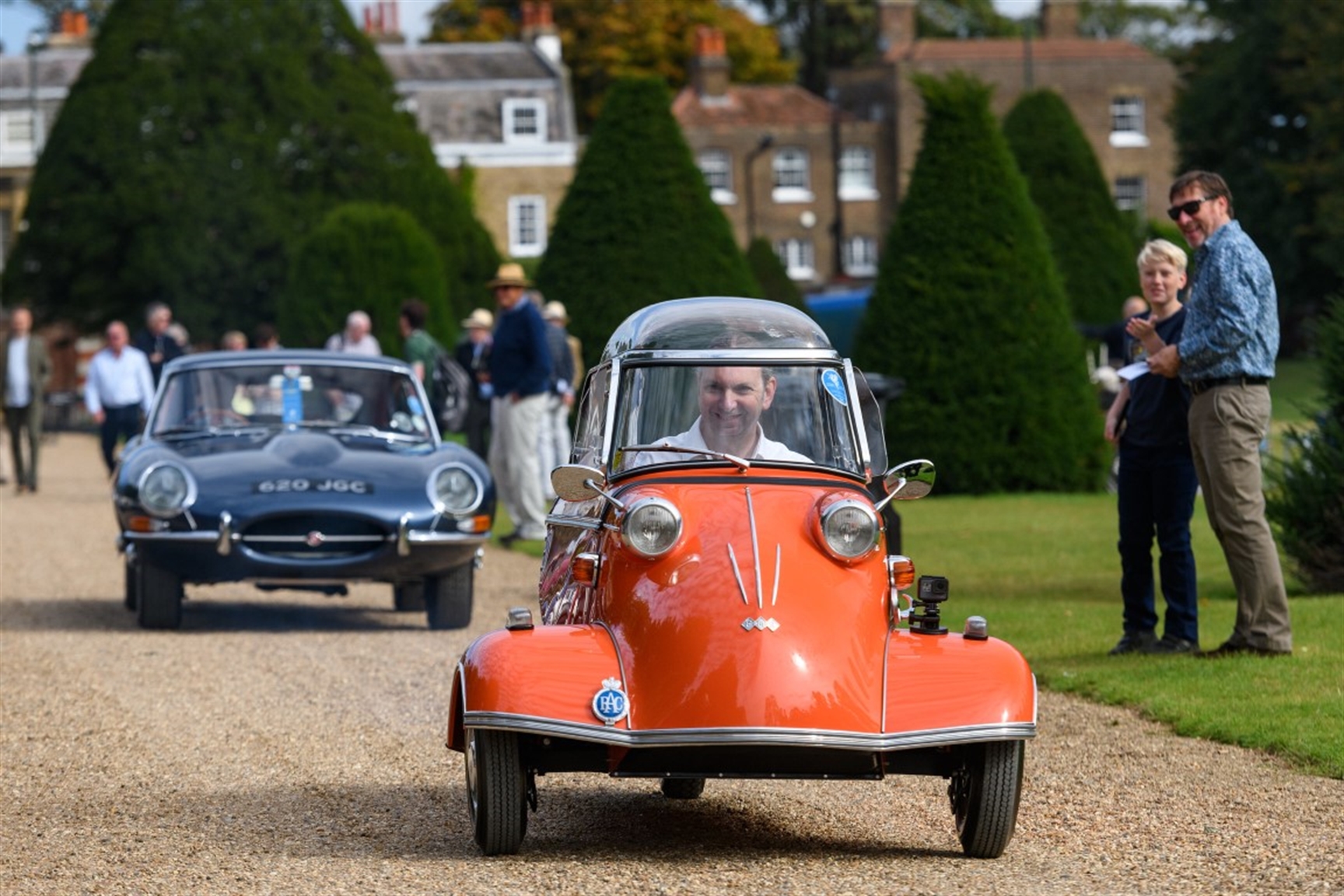 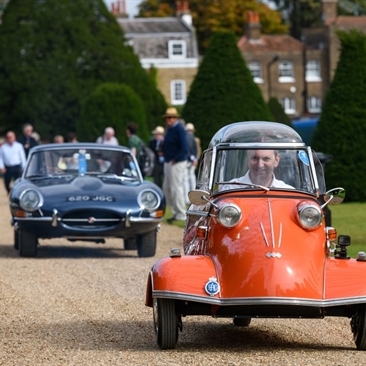 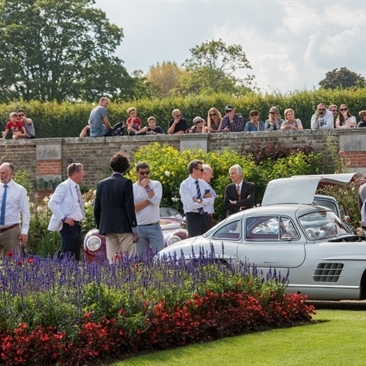 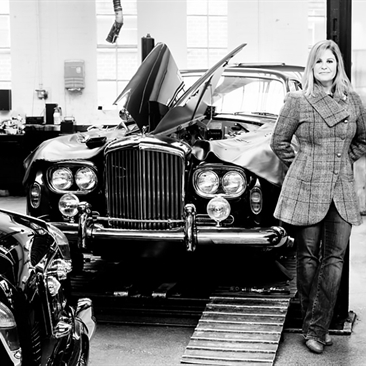 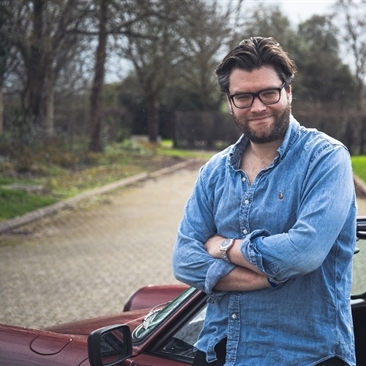