As one of the blockbuster events of the automotive calendar, the return of the Goodwood Revival is a tantalising one after it was unfortunately cancelled last year because of COVID-19. The races are slated to take place from September 17-19, and Saturday tickets have already sold out. However, at the time of writing, tickets remain available for both Friday and Sunday.

Here’s what you can expect on your return to the iconic Goodwood estate for this year’s Revival:

The flagship opening race of the Revival has been renamed in honour of ‘Mr Goodwood’ himself, Sir Stirling Moss, following his passing in 2020. Formerly known as the Kinrara Trophy, the grid comprises 1950s and 1960s GT racing cars, including the likes of Jaguar E-types, Ferrari 250s, Aston Martin DB4GTs and AC Cobras. This race undisputedly possesses one of the most beautiful fields of racing cars on the planet.

Festival of Britain Trophy (25 mins)
Conceived as a celebration of 70 years since the original Festival of Britain on London’s South Bank, this race offers a morsel of pre-war racing’s valour and excitement. The grid is made up of Grand Prix and Voiturette cars from the 1930s and 1940s from historic marques such as Alfa Romeo, Maserati and Talbot.

Barry Sheene Memorial Trophy, Part 1 (25 mins, two riders)
Dedicated to classic motorcycles, this race dynamically showcases revered bikes such as the Manx Norton and MV Agusta. Each bike is shared by two riders, with VIPs and professional riders competing alongside one another.

St Mary’s Trophy, Part 1 (25 mins)
Part one of the St Mary’s Trophy is always an eagerly anticipated event, as it sees some of the biggest names in motor sport go head-to-head in 1950s saloon cars. Past entrants include Christian Horner, Tom Kristensen, Stig Blomqvist and Geoff Gordon, to name a few.

The cars’ owners take the reins in part two on Sunday, with the final result determined on an aggregate basis.

Whitsun Trophy (25 mins)
The most fearsome racing cars of the 1960s line up on the grid for the Whitsun Trophy, which Goodwood describes as “the fastest and loudest race of the weekend”. Considering 2019’s grid was made up of Ford GT40s, a Porsche 910 and several McLaren-Chevrolet Can-Am cars, we’d be inclined to agree.

As a 60-year celebration of the iconic Mini Cooper, the John Whitmore Trophy is a one-off event that sees a field of 30 Minis, each with two drivers, battle for 45 minutes around the 3.8km Goodwood circuit. Some of the closest racing of the weekend is to be expected if the previous all-Mini St Mary’s Trophy of 2009 and Betty Richmond Trophy races are anything to go by.

Sussex Trophy (25 mins)
The main event of Saturday afternoon, the Sussex Trophy is the most glamorous race of the Revival weekend and sees the finest World Championship sports cars of the late 1950s do battle. That means an eye-pleasing field of vintage racing cars from Maserati, Ferrari, Jaguar and Lotus.

Chichester Cup (20 mins)
The Chichester Cup is a race for the open-wheel, front-engined Formula Junior class. The grid is made up of a diverse selection of manufacturers, and should promise exciting and close racing to kick off Sunday’s proceedings.

Brooklands Trophy (25 mins, two drivers)
This race pays tribute to Brooklands, the first purpose-built racing circuit built in Britain. Today, the name is synonymous with Britain’s rich motor-racing heritage and the Bentley marque, which is appropriate given that 2019’s grid was made up of 30 pre-war Bentleys.

Royal Automobile Club TT Celebration (60 mins, two drivers)
The jewel in the crown of the Goodwood Revival and one of the most prestigious events in historic racing, this 60-minute, two-driver race is occupied by some of motor sport’s biggest stars. The 2019 grid featured some of the most legendary models from automotive history, including the Jaguar E-type, Bizzarrini 5300GT, AC Cobra and Chevrolet Corvette Sting Ray.

St Mary’s Trophy, Part 2 (25 mins)
Part two of the St Mary’s Trophy continues the thrilling contest between 1950s saloon cars, this time with the owners taking the wheel in the hopes of seizing a coveted aggregate victory.

Glover Trophy (25 mins)
The cigar-style Grand Prix cars of the 1960s return to the track for the Glover Trophy, which was first held back in 1949. The cars must now have a 1.5-litre displacement and date from 1961-1965. A rare opportunity for visitors and viewers to once again see the finest cars from BRM, Lotus and Ferrari vie to be first across the line.

Further details about the Goodwood Revival will be revealed in due course on the website. 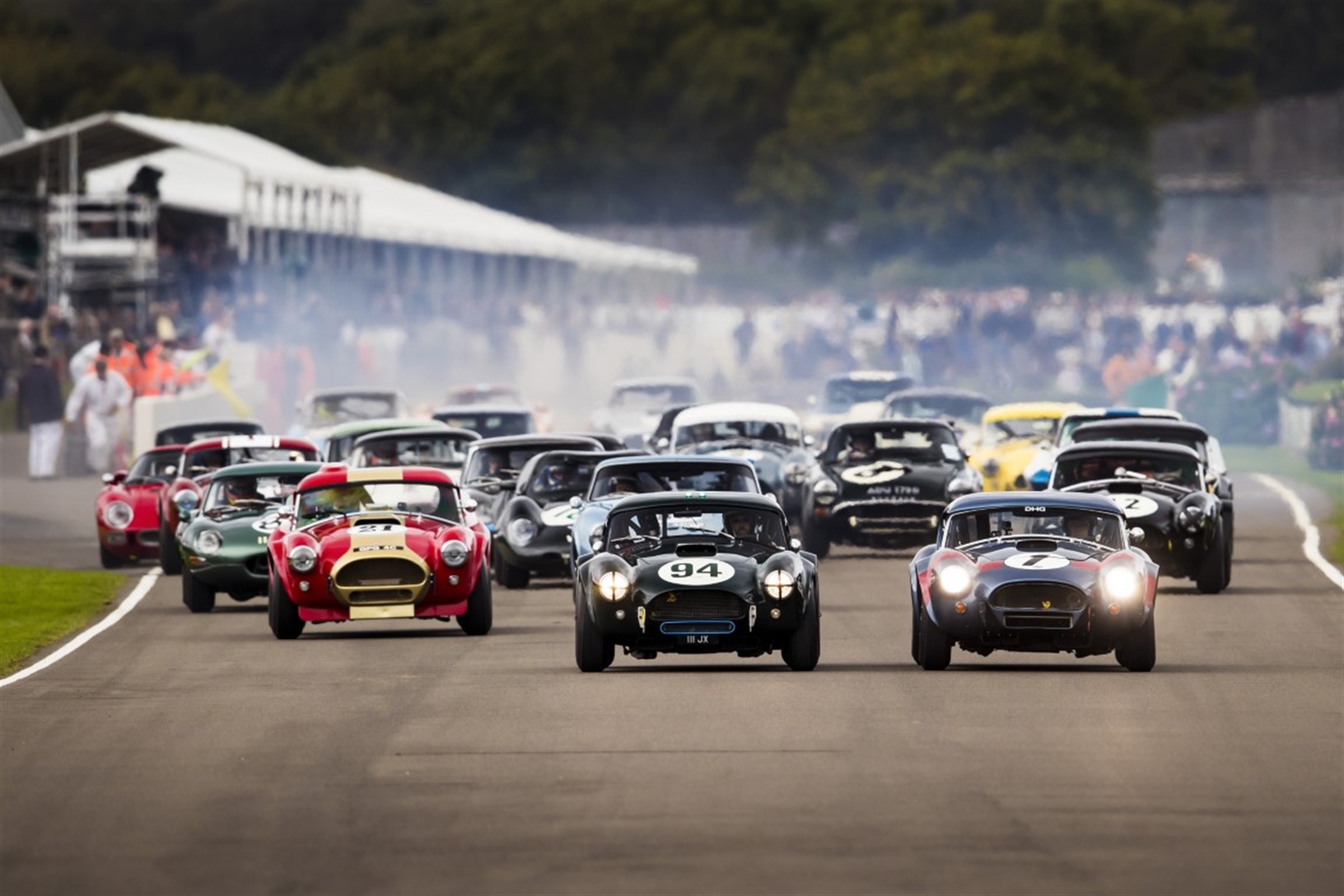 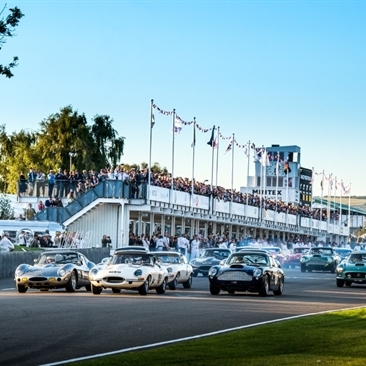 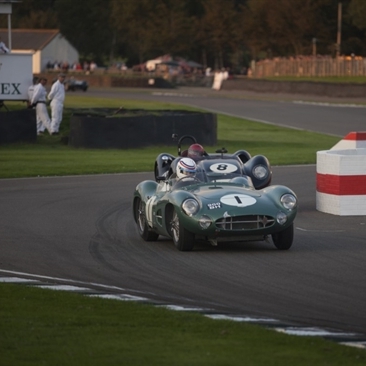 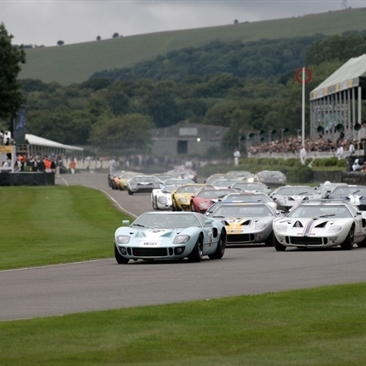 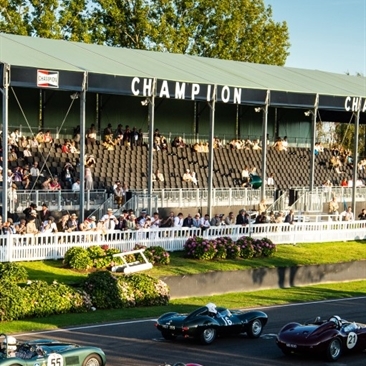 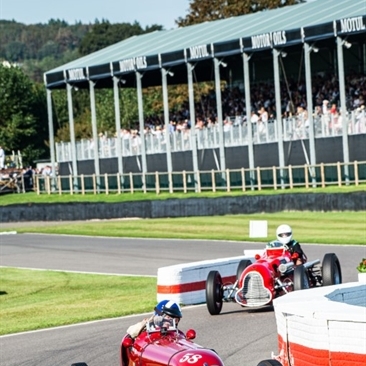 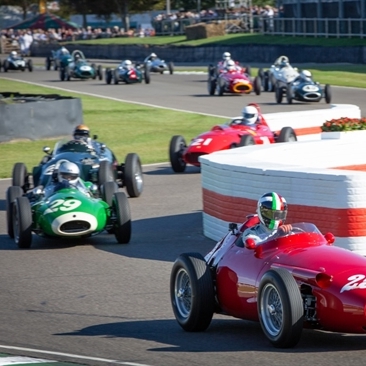