Holy Moke – it’s back! The Mini-based runabout designed by Sir Alec Issigonis returns to the UK as lifestyle vehicle

Porsche, Ferrari, McLaren – earlier this month the roads around the Goodwood Festival of Speed were awash with automotive exotica. However, despite the glamour and raucous soundtrack, another tiny car garnered plenty of attention.

Although the iconic Moke is sluggish, aerodynamically retarded and short on spoilers, it retains the unique ability to make people happy. In fact, in terms of smiles per mile, this roofless runabout is up there with classics such as the Citroën 2CV and VW camper van.

The difference is the Moke I drove around Sussex wasn’t a collector’s item from the 1960s, but an all-new model created by Moke International, a British company that has owned the trademark since 2015.

Based on a chassis that dates back to the original BMC prototype of the late 1950s, this new millennium example features a 66bhp 1.1-litre petrol engine, power steering, uprated suspension and the choice of a manual or automatic gearbox.

Driving the Moke is a unique experience – some might say terrifying. A flimsy canvas hood covers the cabin and is supplemented by matching, clip-on door screens, which are essential for travelling any distance over damp British Tarmac.

That’s not to say the Moke can’t cope with a downpour – four waterproof seats and an upright glass windscreen take the worst of the elements. Top speed is over 65mph, but I wouldn’t advise it.

In reality, the Moke is best suited to sunnier climes where weather equipment isn’t mandatory. Think of it as a glorified beach buggy with attitude, and it will serve you well.

Moke International makes the car in the Midlands before final assembly in France. The revised chassis has been re-engineered to accommodate four passengers, and there’s talk of an all-electric version, too.

Priced from around £23,000, the Moke can be customised to suit your lifestyle with a choice of 13 colours, including eye-popping Flamingo Pink and Florida Orange. My test car was a more sedate British Green, with accessories such as gleaming chrome and a Union Flag on the bonnet.

Neat touches included leather bonnet straps and a retro radio, which is audible at speeds up to 45mph. On a wet day with weather equipment in place, the windscreen can be heated for improved visibility.

This upgraded version is the spitting image of the original car Sir Alec Issigonis tried and failed to sell to the British military as a lightweight utility vehicle in the late 1950s. Nicknamed ‘Buckboard’, it was thwarted by its poor ground clearance.

Undaunted, BMC adjusted the design to create the Mini Moke, but again failed to impress Army top brass in 1962. The company then decided to create a civilian version to recoup some of the development costs.

The resulting Austin Mini Moke was born in 1964, and eventually gained cult status as a laid-back runabout for the rich and famous. A Moke appeared in TV series The Prisoner and several James Bond films, and it was also driven by The Beatles, Bridget Bardot and countless other celebrities.

Basic in the extreme, the Moke is as quintessentially British as a fish and chips, or a warm pint of beer. Not bad for a little car named after a slang term for a donkey. 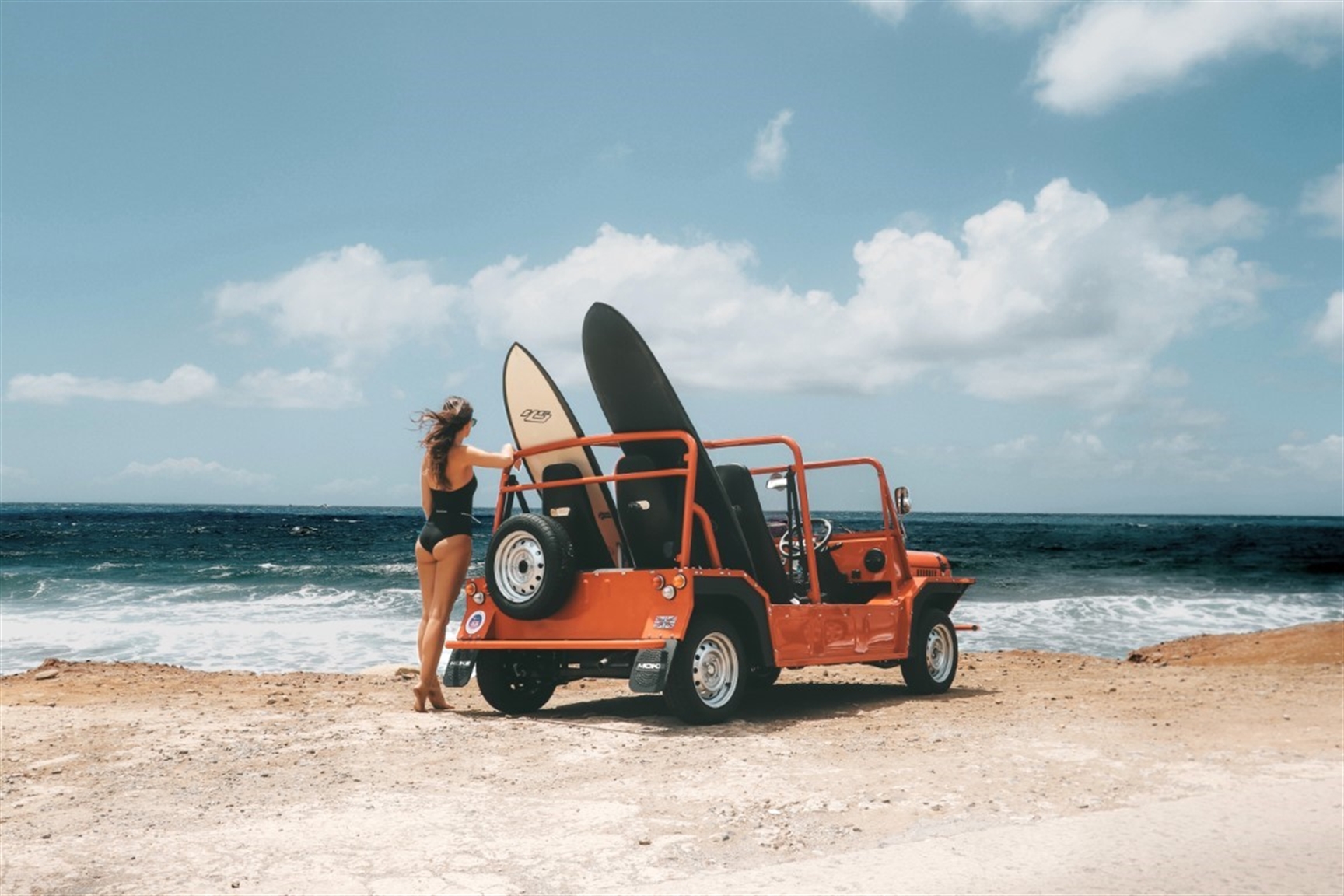 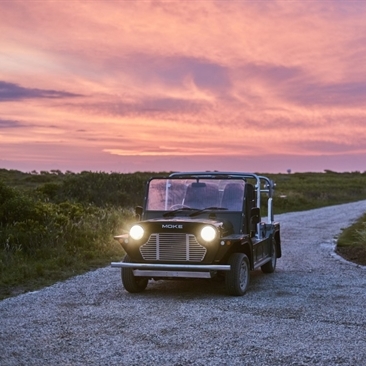 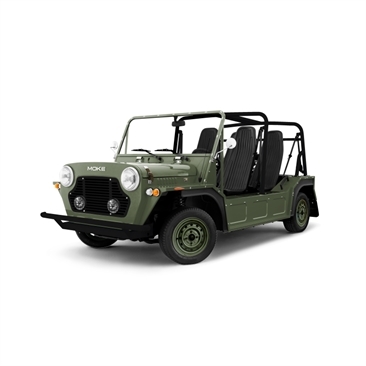 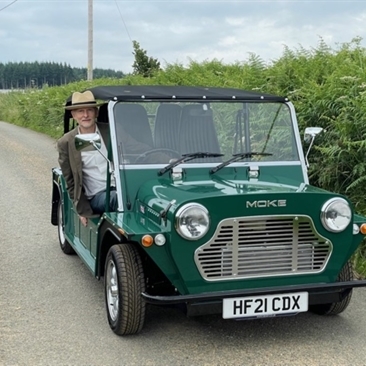 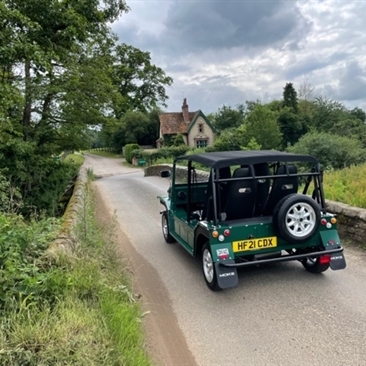 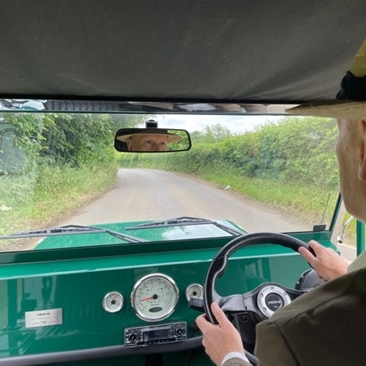