Jaguar enthusiasts from all corners of the UK made a pilgrimage to Shelsley Walsh Hill Climb in Worcestershire on June 12-13 to mark the 60th anniversary of the iconic E-type. The historic hillclimb course is one of the oldest motor sport venues in the world, having hosted its first event back in 1905.

The E-type 60 Celebration event was organised by the E-type Club, which was co-founded by renowned automotive author Philip Porter back in 2004 and now boasts members from more than 50 countries.

Every variant of Jaguar E-type was present at Shelsley Walsh, with all three Series comprehensively represented from the early 3.8-litre Series I and Lightweight homologation cars through to the final Commemorative special-edition Series 3 V12 models of the 1970s.

Refreshingly, many of these precious cars took on the challenge of the hillclimb course. This meant attendees were treated to the rare sight of Jaguar’s finest and most famous models being driven in anger, including its famous C- and D-type Le Mans racers of the 1950s.

One of the most headline-grabbing cars at the event was undoubtedly 9600 HP. Originally built as a prototype, 9600 HP was famously driven on a mad dash from Coventry to its display stand at the Geneva Motor Show in 1961 by Jaguar PR man Bob Berry; he made the 700-mile journey with just minutes to spare. Fittingly, 9600 HP was first car to tackle the hillclimb on both days of the event. 77 RW, the first production Roadster, which was also displayed in Geneva in 1961, was also in attendance.

The richness of 9600 HP’s provenance was increased even further when the legendary Sir Stirling Moss took the car through Britain’s first car-wash machine. The late Sir Stirling competed in his first-ever motor sport event at Shelsley Walsh in 1948 and he frequented the venue regularly during his life. Moss’s achievements and his affection for Shelsley Walsh were honoured with a blue plaque as the E-type celebration got underway on Friday afternoon.

Another famous E-type to tackle the course was 848 CRY, the stunning red Roadster that took a starring role in the 1960s classic film The Italian Job. 848 CRY made several flawless runs up Shelsley’s hallowed Tarmac in the hands of its owner Philip Porter. It was also used for an entertaining re-enactment of the robbery scene from The Italian Job, with a supporting cast of several classic Minis and an Alfa Romeo Giulia police car.

The participation of the Minis helped to shape the event’s wider Swinging Sixties theme, as did Mods on scooters and a live 1960s tribute band. Exhibitors including Eagle, Helm and SNG Barratt rounded off the attractions by displaying some spectacular cars and demonstrating them on the hillclimb course.

The event’s co-founder Philip Porter said: “The E-type is an intoxicating mix of pure automotive sculpture, thrilling performance and a great heritage. Our E-type 60 event at Shelsley Walsh Hillclimb is designed to be a fitting tribute to the sensational E-type and a fabulous celebration of the car and the period into which it was born – a period when people and cars could be free spirits.” 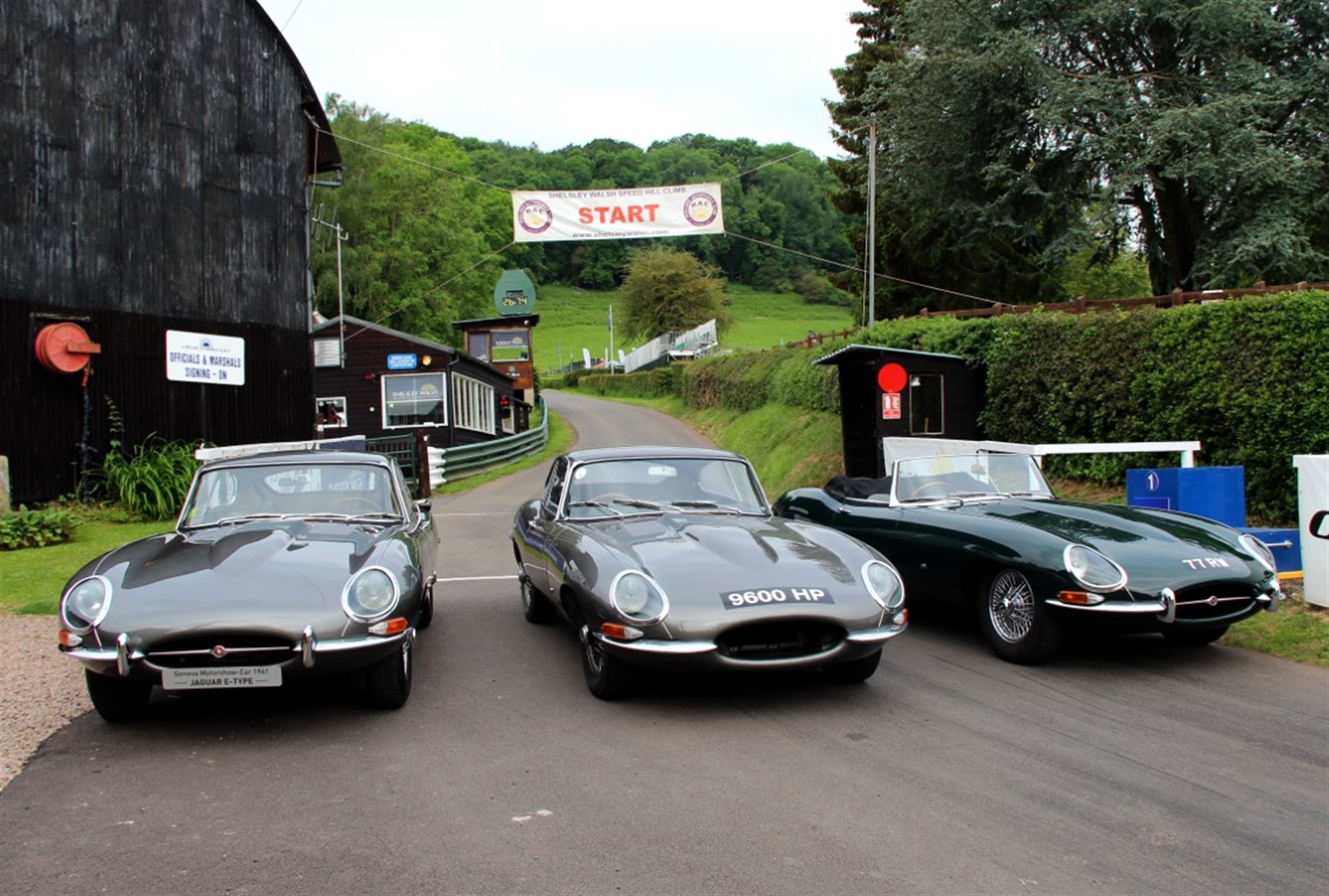 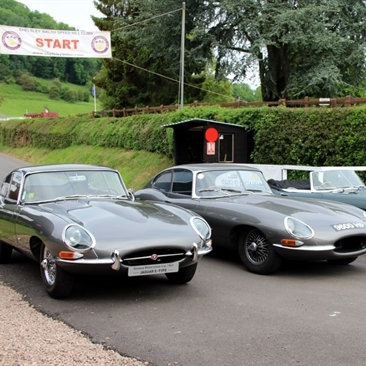 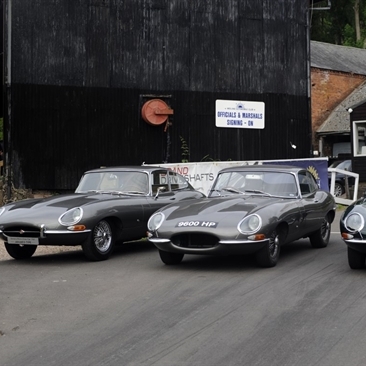 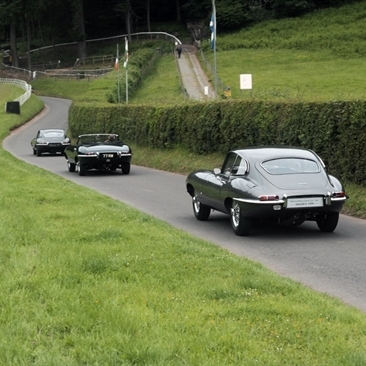 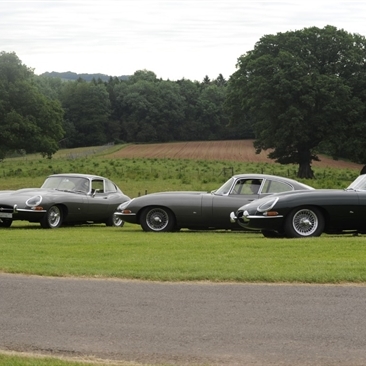 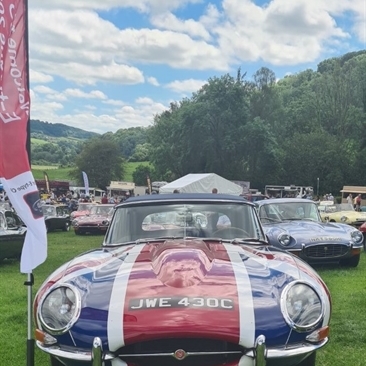 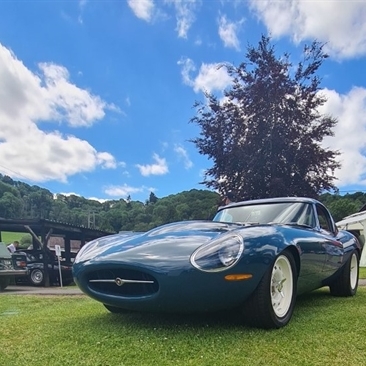 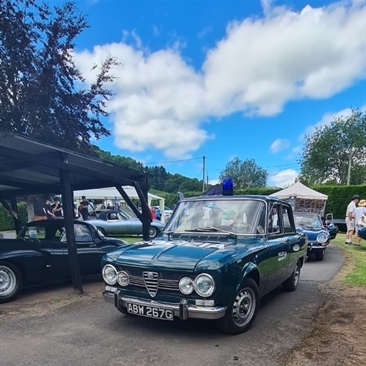 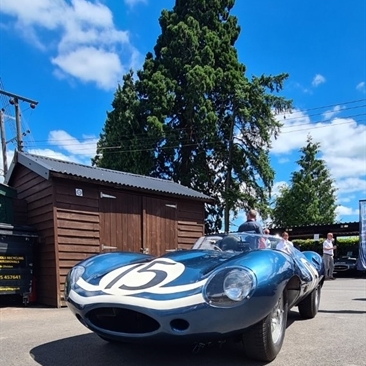 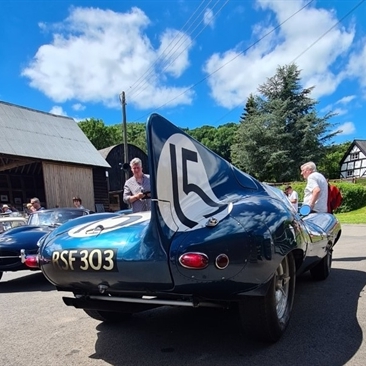 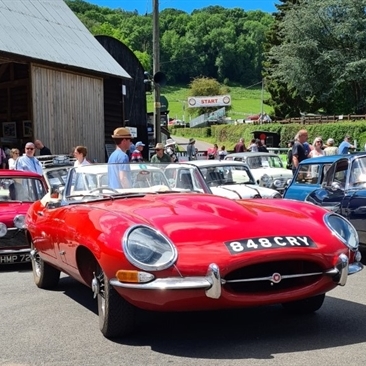 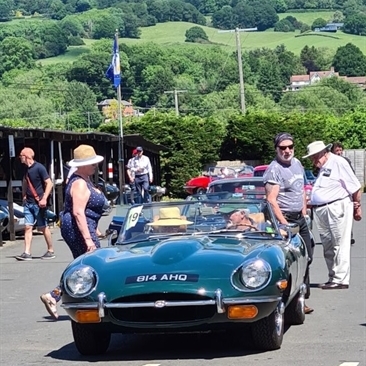 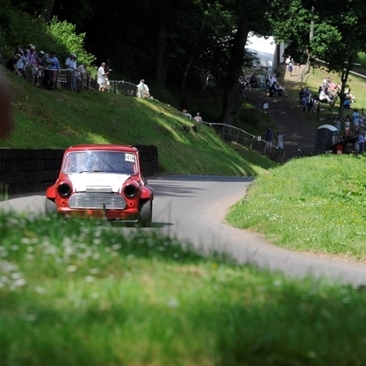