The Goodwood Festival of Speed Supercar Paddock is a surreal place. The rows of marques harbour an embarrassment of riches from the likes of Lamborghini, Ferrari, Aston Martin, Porsche, Koenigsegg… the list goes on.

This year though, there’s an interloper that’s stealing everybody’s attention; from passers-by to journalists, influencers and designers, everyone wants to see the Glickenhaus SCG 004S finished in dazzling gold paint and sporting eye-catching giraffe-patterned upholstery. The Festival of Speed represents the first time a finished customer model has been shown to the public.

The car’s owner? The multi-talented Cici Muldoon, who is a scientist, entrepreneur, ballet dancer, oenologist, concours judge and now an aspiring racing driver, too. Cici wasted no time in explaining how she came to own such an unusual and spectacular supercar:

“The whole way it came about was quite funny,” she said. “Jim Glickenhaus [the company’s founder and boss] is one of my best friends in the universe, I speak to him every day, he’s like a second dad to me. So, I travelled to Vallelunga when Glickenhaus was doing its first shakedown of its Le Mans hypercar, and we were sitting in the motorhome when one of the drivers put the car in the wall on an outlap,” she continued.

“Somebody joked to Jim that it would take the sting out of the accident if I bought one of his road cars. That’s when I admitted I was after a new daily drive, and Jim said he thought the SCG 004S would be ideal with its central driver’s seat and space for two passengers. One week later, I’d signed the purchase agreement.”

And just like that, it was time for Cici to start speccing her new supercar. “I went to look at paint swatches one afternoon, and I looked at red, blue, green and gold. Hand on heart, the gold was never meant to be a media spectacle, but it just looks so beautiful next to the carbonfibre and the Statue of Liberty emblem on the side, so I went for it.”

Then, Cici saw the giraffe-patterned swatch for the seats, and paired it with anodised-gold interior trim to create what she calls a “safari theme”. The uniqueness and boldness of the specification is refreshing in a world where many supercar owners play it safe with thoughts of resale values at the back of their minds.

The safari-inspired colour scheme was responsible for the car’s name: Gigi, which came from ‘Golden Giraffe’. Cici has a tradition of naming all of her cars; there’s Froglet, a 1955 Triumph TR3 ‘small mouth’, Viola, a 1974 Ferrari 246 GTS Dino, Lupo, a Ferrari 250GT PF Coupé, Hector, a 1934 MG PA, and a recently purchased 1964 Ginetta G4 that was christened Gini.

The Glickenhaus is clearly very different to the rest of Cici’s collection, which are all classics. “I’ve never owned anything like this in my life; I’ve never been anywhere near the supercar world before,” Cici said.

It goes without saying that modern supercars are in an entirely different bracket of performance than the cars Cici is accustomed to. The Glickenhaus SCG 004S has the same mid-mounted 6.2-litre supercharged Chevy V8 as is found in the track-only SCG 004C, albeit detuned from 850bhp to 650bhp.

Jim gave Cici the daunting task of dynamically debuting the £333,903 ($460,000) Glickenhaus SCG 004S at the Festival of Speed by driving it up the hill in front of thousands of people.

“I thought, ‘Jim are you kidding me?’ For me it was a whole story, because I hadn’t done my ARDS, so I had to go and get my racing licence in no time to do this – it was agreed in April. I’ve always wanted to do some racing, and I’ve just bought a race car, so it was an opportunity for me to get off my bum and just do it,” Cici said.

“It was so emotional for me when we arrived at Goodwood. I’d never seen the car, I’d never driven the car. It came off the truck with about 500 meters on it. It was only finished on Tuesday evening and still had bits of plastic and stuff on it when it arrived,” she continued.

Somewhat predictably for a lady of so many talents, the drive up the hill went perfectly, and Cici has since become Glickenhaus’s UK brand ambassador. “We are getting a few orders, so we might eventually crash test it and get the car sold officially in the UK if they keep coming,” she said.

Judging by the car’s popular reception at the Festival of Speed, it looks probable that Glickenhaus’s order book will continue to swell, and the American manufacturer will meet its target of 50-100 cars. In fact, the Glickenhaus nearly won the Festival of Speed’s Michelin Showstopper Award, having been pipped at the post by the awe-inspiring Aston Martin Valkyrie.

Cici revealed that Gigi’s next public appearance will be at Le Mans, where it will be proudly displayed on a podium courtesy of Michelin while Glickenhaus’s racing cars pound around the Circuit de la Sarthe. 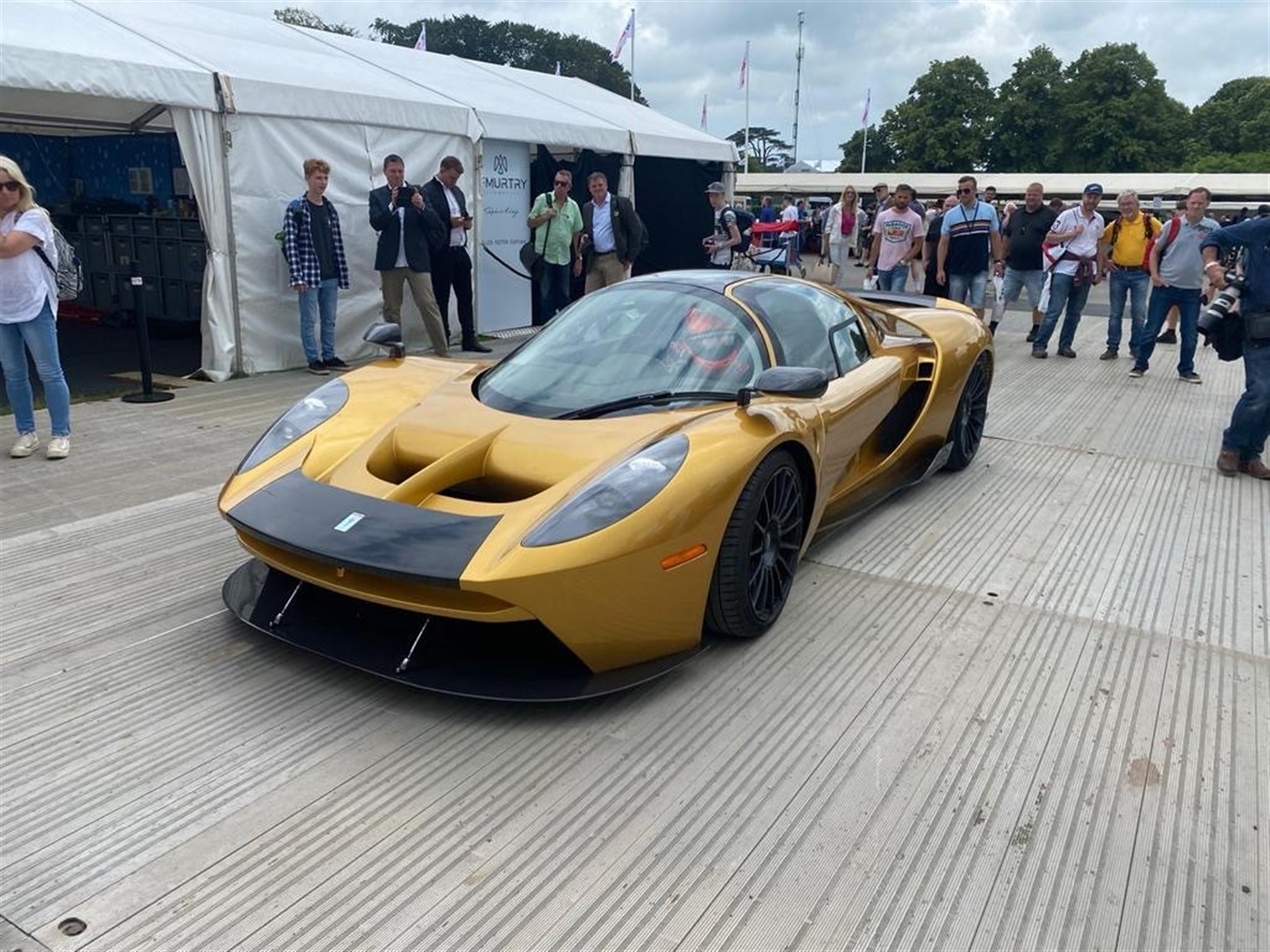 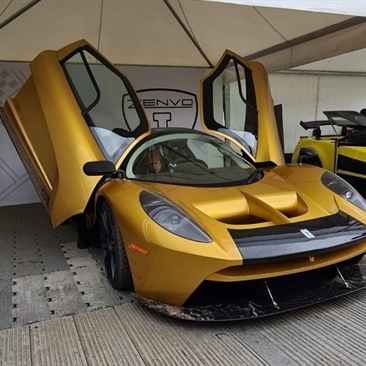 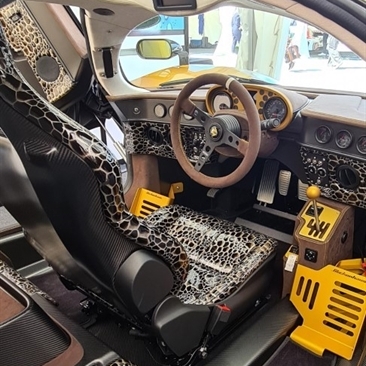 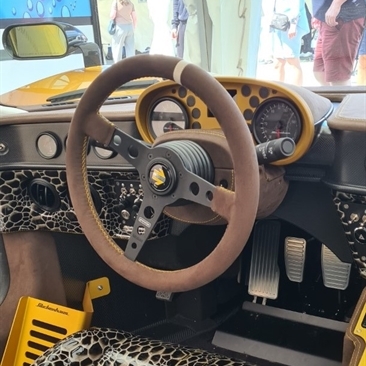 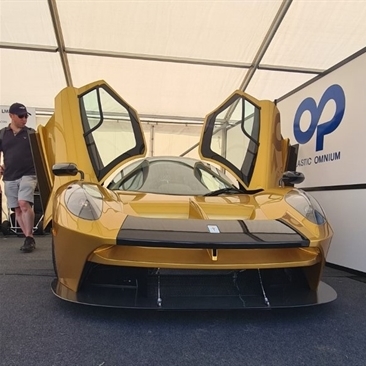 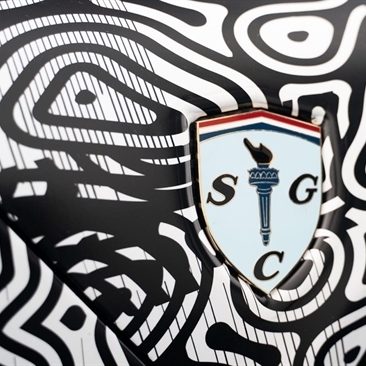 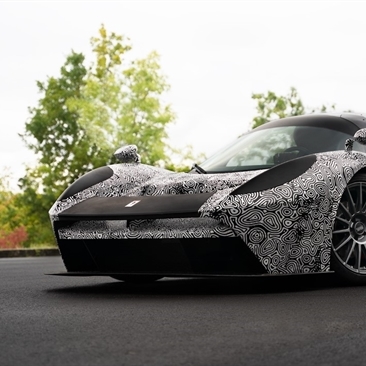 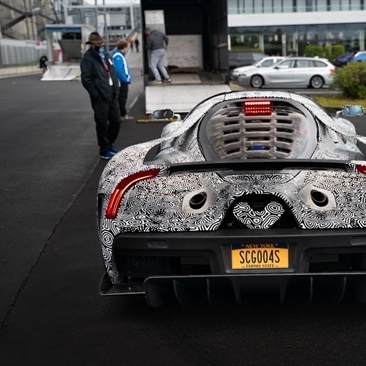 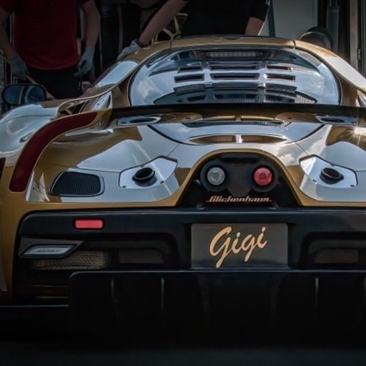 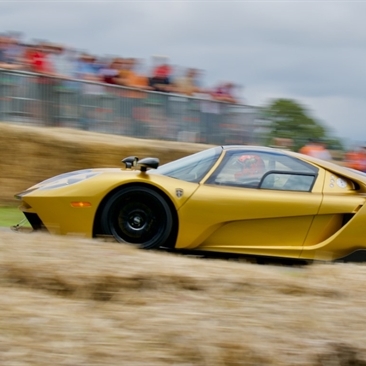 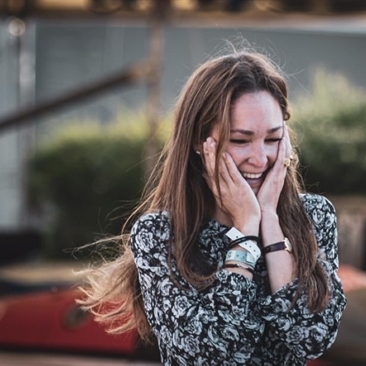 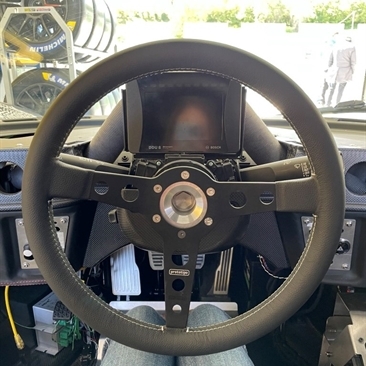 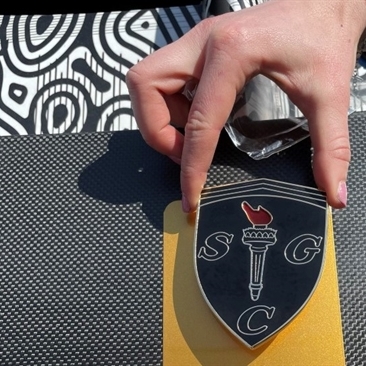