Inside the dour attic of a Northern Irish scrapyard sleeps a legend, mortally wounded and ostensibly destined for the nearby crusher.The icon in question was one of ten works MG Metro 6R4 Group B rally cars. This bewinged, cartoonish cuboid of a car evaded the crusher’s jaws thanks to the perceptive eyes of its current owner and rallycross driver, Brian McKay. Brian couldn’t believe his luck when he saw the sorry, engineless shell of the 6R4 for sale, and snapped it up immediately.

Sadly, Brian later suffered a stroke, which put paid to the car’s resurrection – for the time being anyway. That’s where Car SOS stepped in and ensured the vivacious little Metro emerged from its decades of dormancy. Magneto sat down with the show’s presenters Tim Shaw and Fuzz Townshend for an inside perspective on the inevitable hurdles they faced when restoring the mad Metro.

Tim revealed that, because of the pandemic, the challenges began before they even had the car in the workshop: “It was a bizarre thing. We weren’t even sure we’d be coming back, you know? There are a lot of people in the industry receiving bad news, and a lot of shows were being put on ice. Thankfully we were one of the lucky ones, thanks to Nat Geo.”

Securing National Geographic’s backing for a ninth season was only the start of the difficulties the boys faced. The Metro 6R4 featured in the first episode, and it required such a comprehensive overhaul that its episode was extended to an unprecedented run time of 50 minutes.

“In television that’s something that never happens, because TV channels work in slots for the ad breaks,” Tim pointed out.

So how much time in the workshop was condensed into those 50 minutes?

“1400 hours,” Fuzz replied resolutely. “Most of that was on the electrical and mechanical nurturing needed to make the thing work. Unusually for Car SOS, mechanical and electrical hours were well in excess of the bodywork hours on that one. The good side of it was that the substrate wasn’t rotten. The basic tubular frame needed straightening out, but you’ve got a load of plastic panels over it.”

It wasn’t just Fuzz’s artisan task of restoring the 6R4 in the workshop that was difficult; Tim had an equally challenging job in sourcing the myriad parts necessary for the car’s restoration. The damaged, empty husk came with just one hub when it was delivered to the workshop, but Brian had thankfully managed to source an original engine before he fell ill. The 6R4’s motor is a bespoke, naturally aspirated 3.0-litre V6. The catch was that the unit was sitting in a Peugeot rally car – so Brian bought the whole thing.

As it turns out, the rarity of the 6R4’s parts wasn’t the only problem. If you wanted to buy them, you apparently needed wealth beyond the dreams of avarice.

“If you do find original parts, then it’s just a blank cheque,” Tim explained. “There was a guy over in Denmark who had a hub I needed. I asked him how much, and he replied ‘you better just send me a blank cheque and I’ll make up the price’. In the end I got him to name a price for the hub; 25 grand! So, we just made one. CNC machines were working through the night on things like that, and little brackets, spigots and flanges – weird things that slowed us down.”

The Car SOS team was keen to keep the car as original as possible, but because of the scarcity and expense of parts, that just wasn’t plausible. The front differential, for example, was another missing part. After extensive research and some ingenious resourcefulness, it was discovered that an inverted diff from an E36 BMW could be used. This was a difficult undertaking, and about as far from originality that the restoration deviated.

After many laborious hours of spannering in the workshop and scrolling through the internet, the 6R4 was largely finished. Just one essential piece to the Metro puzzle remained; the steering wheel. This was in the possession of the car’s driver, ex-British rally champion David Gillanders, who rather poetically presented it in what turned out to be an emotional handover of the completed car.

“It was very emotional when we met him,” Tim recalled. “To know he was just flat-out around blind forest bends at over 100mph in that car. The steering wheel was the one part of the 6R4 he got to keep, and to see what that car meant to him when he handed it over is something I’ll never forget. What a beautiful moment. It was an honour to work on.”

Surely they got to drive the 6R4 after all that hard work? This turned out to be something of a thorny topic…

“Fuzz did! Don’t talk to me about that. Next question.” Tim quickly interjected.

Fuzz was far from sympathetic:“Tim is one of life’s passengers,” he riffed. “What a stonking car, though. I mean, very agricultural. It just has ridiculous amounts of power shoved into basically something that’s constructed out of tubes like a bloody bicycle frame. It certainly wouldn’t pass muster now. Getting to drive it was a great moment, and Tim is so kind for being pleased that it was me who had the honours.”

Tim told a different story: “Fuzz destroyed my 6R4 experience. His driving was so terrible I was pretty much throwing up within about a minute of being in it. Fuzz had a great time. I had a terrible time. No wonder Group B got killed off, though, driving between trees with people as barriers. If you watch the old footage, you just think ‘how did this ever exist?’”

The ninth season of Car SOS starts on March 11, and boasts some of the most exciting models the show has ever featured, including an Alpine A110, Jensen Interceptor and even an ice-cream van. This led to the obvious question of which car Tim and Fuzz would keep if they could.

Despite his well known affection for pre-war cars and buses, Fuzz’s answer was revealing: “I would go for the 6R4,” he said.

Tim, on the other hand? “I would get the ice-cream van. It sounds ridiculous, but ice creams give you such pleasure, they’re just a happy thing.” It’s hard to disagree – but personally, we’d take the 6R4. 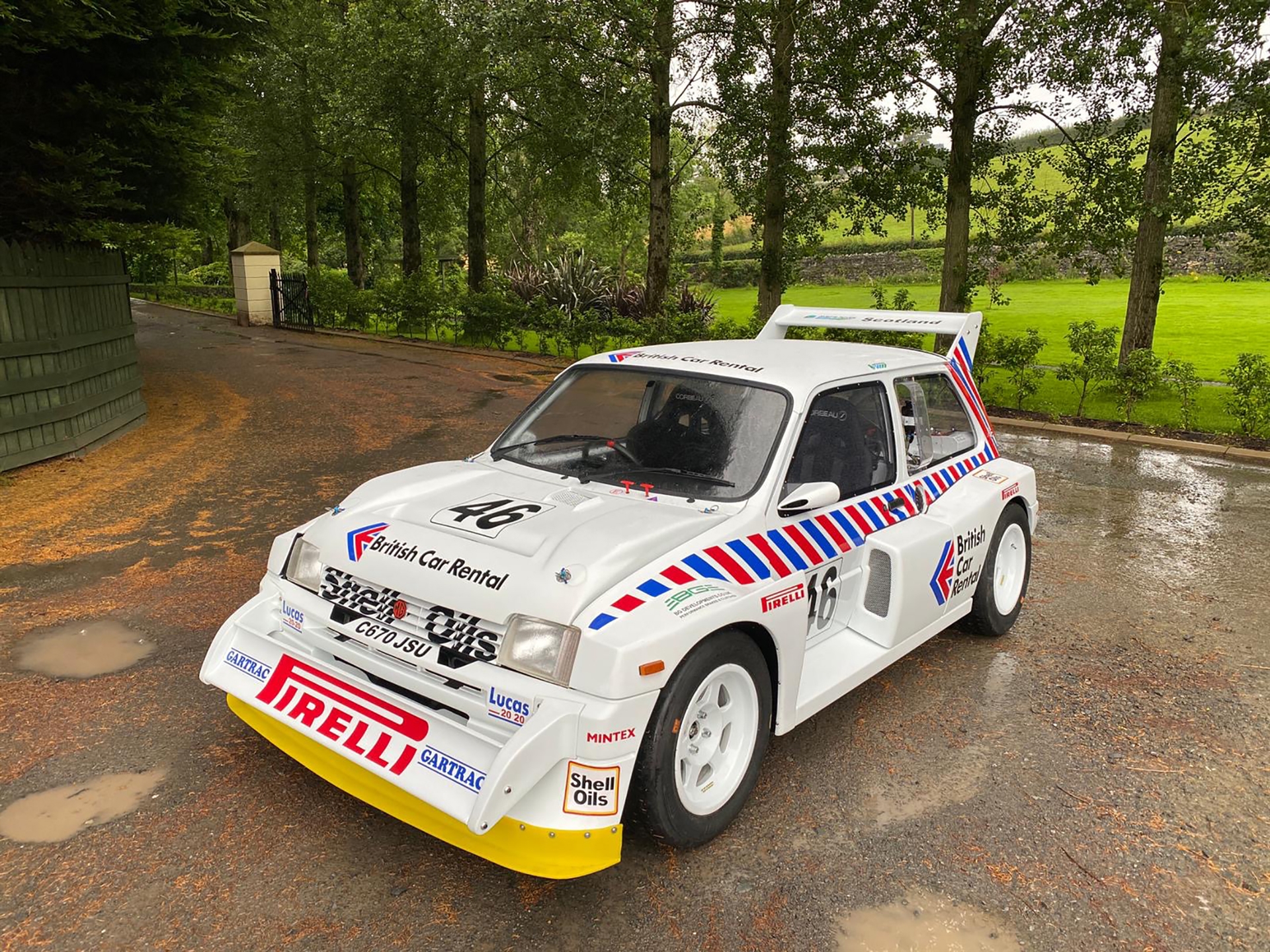 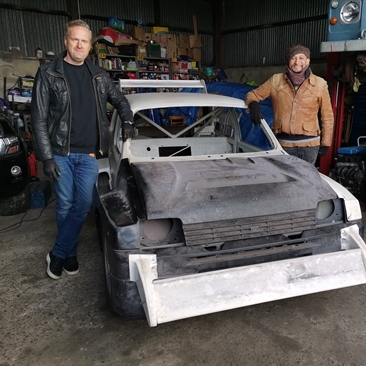 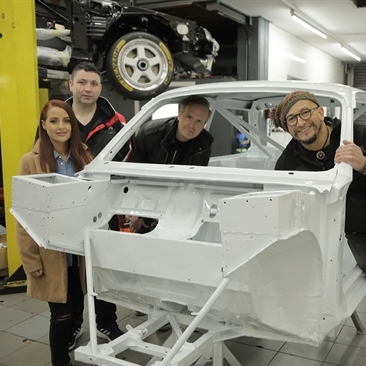 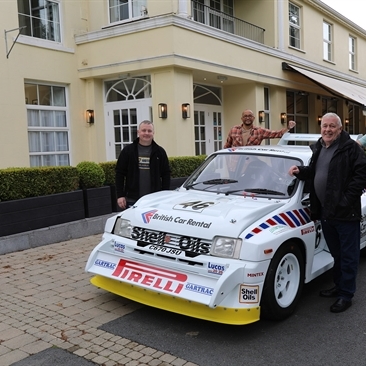 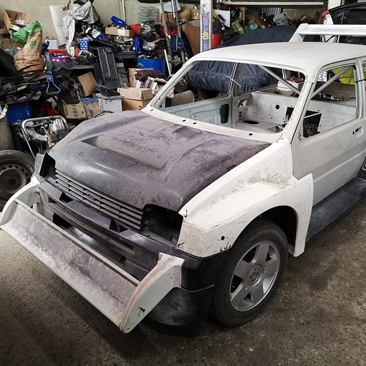 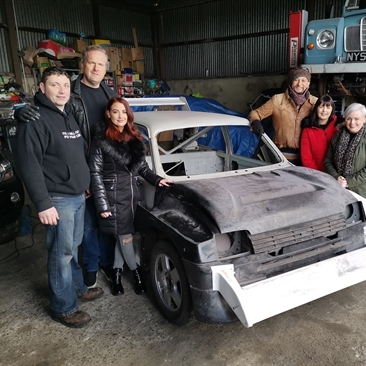 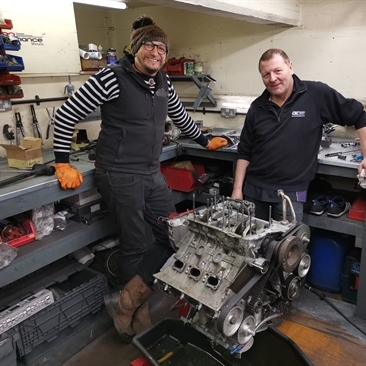 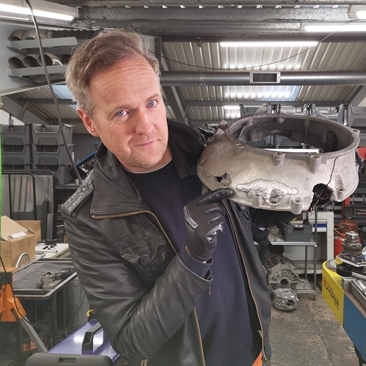 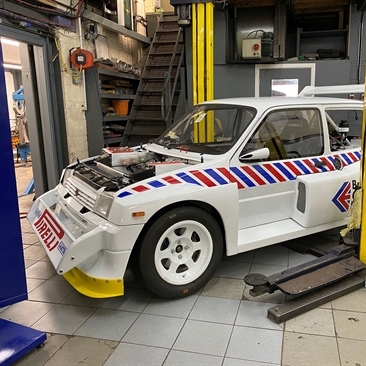