Few hypercars split opinion quite as much as the new McLaren Elva and Aston Martin V12 Speedster. Forget the staggering performance and jaw-dropping looks; what really has the Twitterati bristling is that neither feature a windscreen or roof.

Cynics might say both are just pointless playthings for the idle rich, created for a world where a mere supercar will no longer suffice. But if you believe sales of ultra-exclusive, impractical speedsters such this have been pummelled by the pandemic, then think again.

According to automotive industry analyst Jato Dynamics, demand for ‘everyday’ supercars such as the Porsche 911 and Ferrari F8 fell by 0.8 percent across UK and European markets in 2020. However, in the rarefied stratosphere of limited-edition hypercars, it seems the crazier the better.

McLaren and Aston Martin claim just ‘a few’ built slots remain for both limited editions, confident their outrageous designs will be a sell-out. And while the price point is ridiculous and neither is equipped for the vagaries of the British climate, if money was no object, wouldn’t you enjoy a slice of genuine automotive exotica, too?

Long before the British summer arrived, I managed to dodge the rain clouds and take both cars for a genuinely breathless drive across the English countryside. McLaren has since announced an optional windscreen, but my Elva was the ‘in-your-face’ version, completely untroubled by glass.

Priced at £1.4 million – almost double the V12 Speedster’s cost – driving the madcap McLaren is best explained with a couple of technical stats. The 4.0-litre, twin-turbo V8 is from the Senna hypercar and pushes out 804bhp, while the Elva weighs a mere 1148kg, or some 600kg less than the Aston.

A sub-3.0-second dash from 0-62mph is naturally thrilling, but remember the featherlight Elva is asking you to enjoy the experience full in the face, sat high in the seat with the door tops at roughly chest height.

A buffering beyond endurance? It would be, except this McLaren has an ace up its sleeve. Those gaping slots in the bonnet gulp air in and are a key part of the Elva’s Active Air Management System (AAMS), activated via a discreet – rather awkward to locate at speed – button beside the steering column.

When pressed, a 15cm bonnet flap rises at speeds over 28mph, forcing air up and over the cockpit and, theoretically, cocooning both driver and passenger in a bubble of calm. The buffer does automatically limit the Elva to 124mph, although most drivers will be slowing down for oxygen long before that.

Without AAMS, even at 50mph the blast of air is enough to leave passengers fighting for breath. For those determined to remould their faces at triple-digit racetrack speeds – remember Clarkson in the Aerial Atom? – McLaren provides a pair of bespoke helmets which, unlike with the V12 Speedster, don’t fit inside those distinctive humps behind the headrests.

AAMS on or off, with or without helmet, driving the Elva is for hardcore enthusiasts only. The wind deflector certainly takes some of the sting out of the experience, but not much. I once rode a four-man bobsleigh, and the brutal battering was nowhere near as bad.

Perhaps not surprisingly, the £765,000 Aston Martin Speedster feels more gentlemanly compared with the Elva. I’m still glad for the full-face safety helmet I crammed in my travel bag earlier before leaving home. Without it I would be gasping for breath inbetween the giggles and guffaws, as this 186mph supercar scrabbles for grip on rain-soaked Tarmac.

Only the price could dampen enthusiasm, when a DBS Superleggera Volante with the same 5.2-litre V12 engine is less than half the cost. That’s especially true in the US, where the Speedster’s roofless design means it can be enjoyed only on a racetrack.

Sat much lower in the cockpit, the trim is a predictable mix of lightweight materials and leather, with some familiar Aston Martin switchgear to boot. The most obvious addition is a carbonfibre blade, running fore and aft between the two seats at neck height.

It’s an eye-catching design, but ‘enthusiastic’ drivers will probably curse the impact between helmet and carbonfibre when reaching down for the heating and centre-console controls. With 691bhp coursing through an eight-speed automatic gearbox – slightly less than in the Superleggera – there is plenty of opportunity to chip the lacquer, too.

A heated steering wheel and backside warmers in the wafer-thin, carbonfibre seats are optional – most other luxuries have been stripped out to save weight. At least a powerful air heater is preventing my fingers from numbness.

This particular Speedster is a cut above the rest because it has been fitted out in DBR1 specification, costing around an extra £50,000. The Aston Martin Racing Green paint and flashy anodised grille pay tribute to an iconic roadster, a car that won the 1959 Le Mans 24-Hours and the Nürburgring 24-Hours races.

Creature comforts for longer journeys are few and far between, just in case any owners plan to dodge the showers and head off for the weekend. However, the modest boot space is complemented by an ingenious, removable leather bag, replacing a conventional glovebox on the dashboard.

Despite being equipped with sat-nav, powerful heaters and high-spec sound systems, both cars are totally impractical for everyday use or lengthy journeys. The McLaren does come with an emergency tonneau but this is for use just when the car is stationary. It’s also the only one of the two with specially designed airbags that don’t need to deflect off a windscreen when inflating.

Whether the V12 Speedster or the McLaren Elva appeal might well depend on where you live. In Britain, I’d be constantly monitoring the weather app on my mobile phone before heading out. For those in sunnier climes, either could be the ultimate, wind-in-the-hair driving experience. Just don’t forget a helmet. 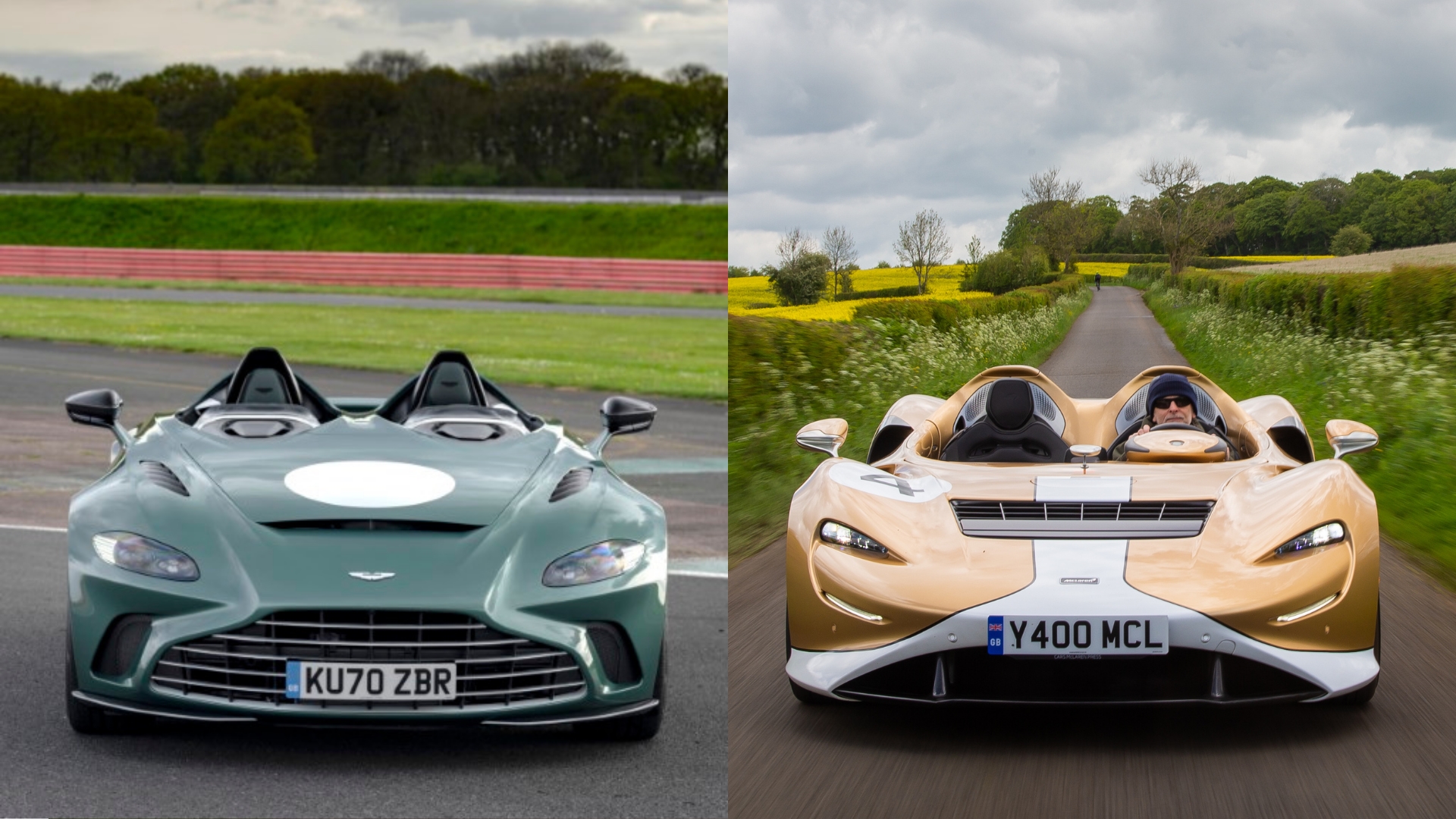 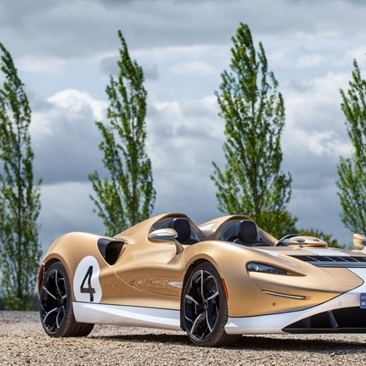 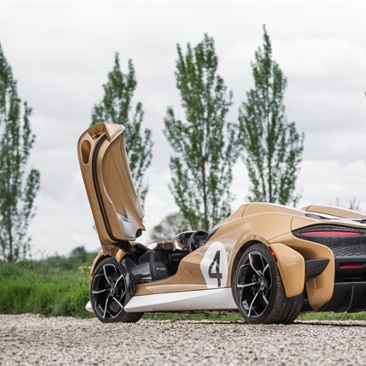 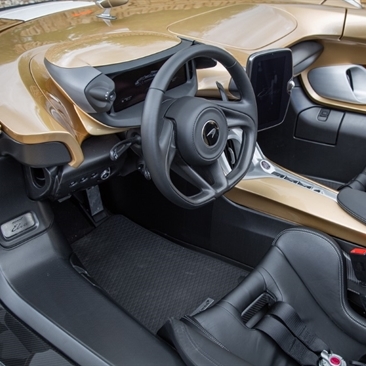 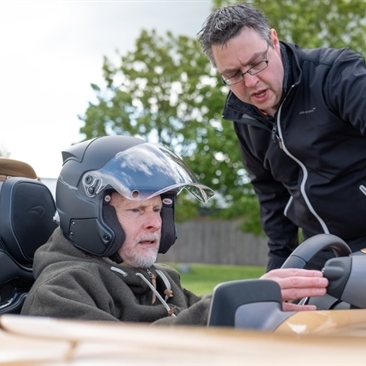 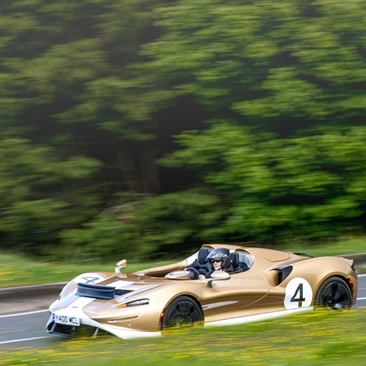 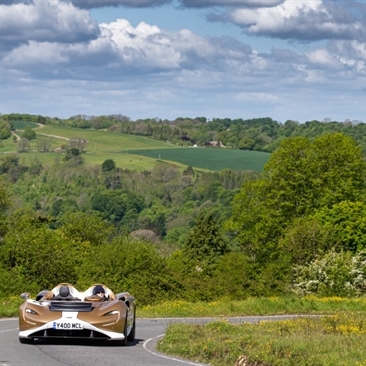 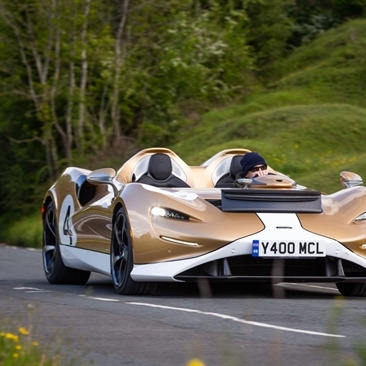 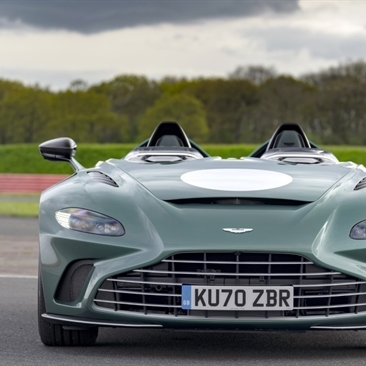 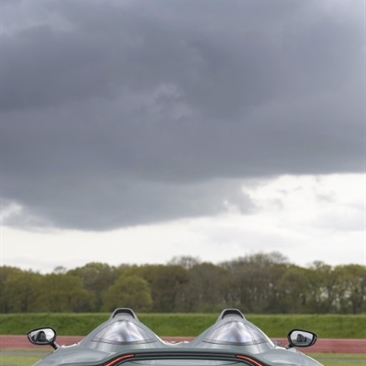 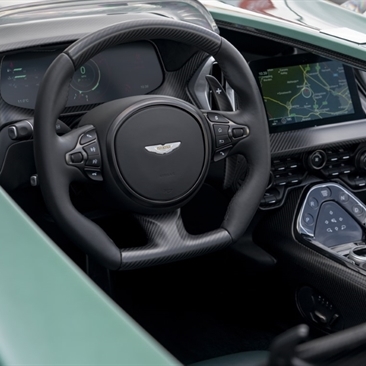 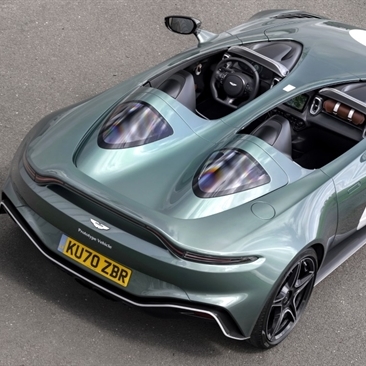 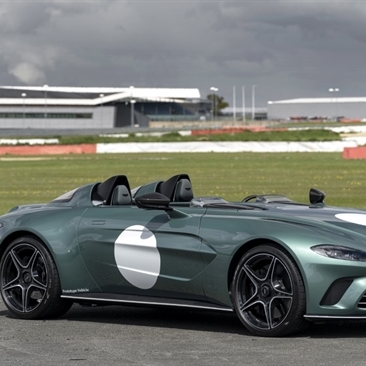