Anonima Lombarda Fabbrica Automobili, or A.L.F.A, was founded on June 24, 1910 and is now one of the most famous and evocative car manufacturers on the planet: Alfa Romeo.

That makes it almost exactly 111 years since the Italian company was formed – and Alfa held four days of celebrations at the Museo Storico Alfa Romeo, in honour of its storied history.

An early and consistent feature of Alfa’s heritage is the colour red. Rosso Corsa (racing red) became the national racing colour of Italy in 1907, after Italian aristocrat Prince Scipione Borghese won that year’s Peking to Paris race. Italy adopted the red livery of Borghese’s Italo and has used it ever since.

In recognition of this, Alfa Romeo organised a temporary exhibition displaying cars throughout its history wearing a palette of reds. The dress code? If you hadn’t guessed, that’s red, too.

Another feature of the weekend was two in-depth lectures, focusing on A.L.F.A’s first victory in 1911 and the development of the 4C sports car 100 years later. There were also guided tours of the Museo Storico, in which visitors had the opportunity to see “two floors of storerooms holding cars, engines, trophies, chassis and other artefacts not usually on public view”.

Alfa Romeo’s emphasis on its past is unsurprising; few car companies can hold a candle to the longevity, richness and vibrancy of its heritage. That said, in recent times the more cynical corners of the automotive press have accused Alfa of leveraging its venerable history to sell a narrow and outdated model line-up for years now.

Is such criticism justified? Over the past decade or so, it’s debatable at best, but there are signs that Alfa Romeo’s 111th year could finally be the annus mirabilis the company yearns for. Earlier this week, rumours swirled that the much-loved Alfa Romeo GTV would be revived after 16 years of dormancy as a retro-inspired coupé EV, in both two-door and four-door guises. There are also whispers that the Spider and Mito could be resurrected and sold alongside Alfa’s two upcoming SUVs: the Tonale and Brennero.

This news comes after the merger between previous owner Fiat Chrysler Automobiles and the French PSA group earlier this year to form Stellantis. Following this major shift in the automotive landscape, many questioned what it would mean for Alfa Romeo. In theory, the Milanese manufacturer should be equipped with more resources and investment than it has had access to lately.

There is evidence this is happening already; one of the most exciting events of Alfa Romeo’s birthday celebrations was the first handovers of its new flagship models: the Giulia GTA and GTAm. As the first Alfa in over a decade to wear the fabled GTA emblems, there is considerable excitement for the hottest new Giulias.

GTA stands for Gran Turismo Alleggerita (lightened grand tourer), which alludes to the 100kg Alfa’s engineers have managed to relieve from the car’s body. The Giulia GTA and GTAm both get the same Ferrari-derived 2.9-litre V6 found in the Quadrifoglio, albeit with a 30-40bhp increase. That means 0-62mph in just 3.9 seconds and a top speed of 191mph. To make sure the car handles as it should, Alfa Romeo enlisted its Formula 1 duo of Kimi Raikkonen and Antonio Giovinazzi to hone the dynamics.

Raikkonen and Giovinazzi were seen racing with special one-off 111th anniversary liveries for the recent Styrian Grand Prix in Austria, as they tried to add points to their tallies and continue Alfa’s proud tradition of GP racing. Sadly the team narrowly missed out on points, with Raikkonen finishing 11th and Giovinazzi in 15th.

Alfa Romeo’s CEO Jean- Philippe Imparato says the future of Alfa Romeo depends upon: “Quality, regularity of launches and product up to expectations.” It’s hard to disagree with that sentiment – and, judging by the recent celebrations and Alfa’s current intent, it looks like this just might be achieved. 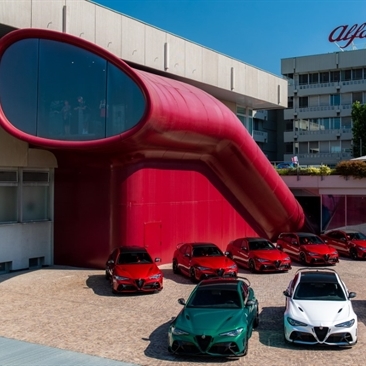 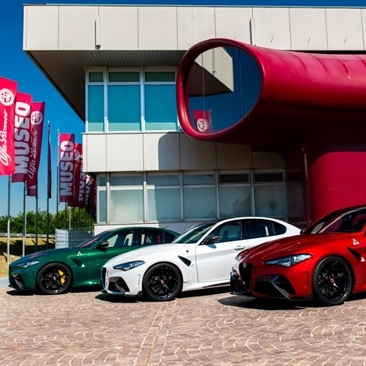 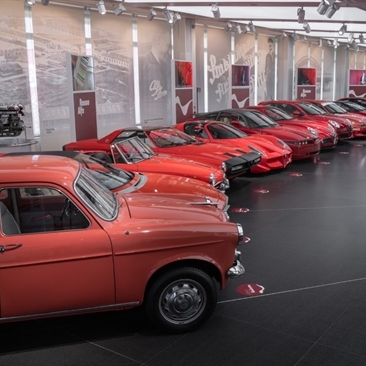 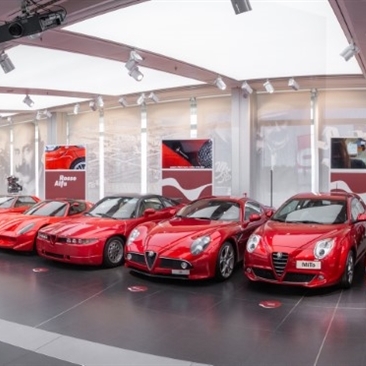 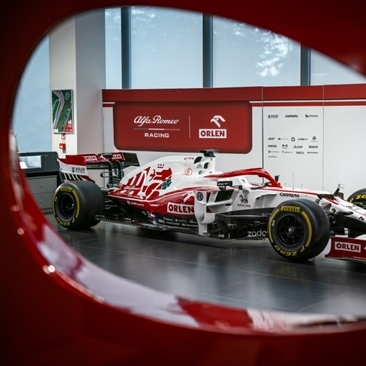 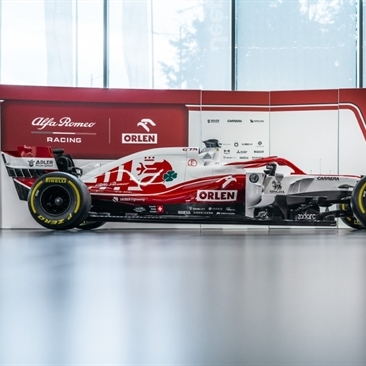 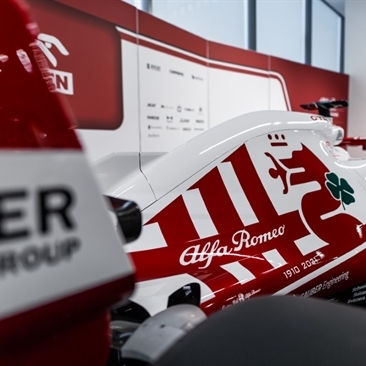 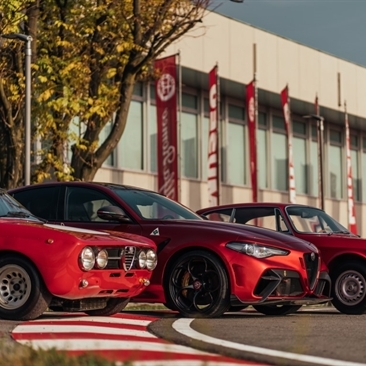