It had been nearly 13 years since I last drove an Aston Martin V12 Vantage. How did that happen! And how would the model that I named as my Car of the Decade in late 2009 feel now? The chance to find out has come, as I’m given the opportunity to climb behind the wheel of an early, privately owned example of the 2009-2012 car along with a later example of the 2013-2018 V12 Vantage S, brought together as a reminder of the ‘classic’ models ahead of next month’s launch of the all-new 2022 V12 Vantage.

And so, after all this time, I’m back in the cabin of a V12 Vantage. Oh yes, there’s the chunkier-than-remembered key fob. I spend a few embarrassing moments re-mastering the technique of inserting it into the dashboard slot and pushing it to start the engine in one smooth movement without it popping back out – and then we have ignition! Suddenly it all comes flooding back.

There’s a signature feel to the V12 Vantage that endeared it to me back in 2009. You can choose to see it as a flaw that should have been engineered out, or as a sign of the model’s greatness, but when you accelerate hard, you feel the car squirm. Not dangerously so (largely thanks to the electronics, I suspect) but it’s always there… the sense that this is too much engine for not enough chassis.

This is how it feels to step from an AC Ace to a Cobra, or from a Sunbeam Alpine to a Tiger; the V12 Vantage delights in its inability to handle its own power and torque.

It starts off feeling civilised, a luxurious GT that’s light years away from a hairy 1960s V8 sports car. The interior is cosseting, the controls are light, the visibility good. There’s a healthy bark to the engine on start-up, but it settles down quickly. It feels special but not remarkable.

But then the road opens up and a tentative push on the accelerator changes everything. That noise as the 6.0-litre V12 spins up, so much better than the less satisfying, harsher sound of the flat-plane V8 Vantage engines of the same period. That acceleration, as the Pirelli P-Zero Corsa tyres fight a losing battle with the Tarmac in an attempt to equal the official 0-60mph time of 4.2 seconds (top speed is 190mph). And yes, the feeling that the back end might just try to overtake the front wheels at any moment. It’s utterly exhilarating.

Remember, this is a car based on Aston Martin’s 911 rival. It was never meant to be fitted with a monstrous V12. When the previous-generation V8 Vantage was launched in 2005 it joined the longer, more luxurious DB9 and range-topping DBS. Its 4.7-litre V8 produced a healthy 420bhp which, although it needed revving hard to get the best performance and soundtrack, still made for a lively alternative to the Porsche.

The Vantage was built on Aston Martin’s then-state-of-the-art VH platform, as was the DB9. A combination of stamped-aluminium sheets, cast-aluminium joints and aluminium extrusions were joined together with adhesives and rivets to create the structure, onto which a combination of aluminium, steel and composite panels were bonded. Even now, the form of those panels feels perfect to me, exactly how an Aston Martin should look: long, sculpted bonnet, muscular rear haunches, waisted sides, fronted by the classic Aston Martin grille. Designers Ian Callum and Henrik Fisker excelled themselves with the Vantage, outdoing even the DB9.

And then came the surprise. With some changes to the engine bay, the Aston Martin engineers managed to squeeze in the DB9’s 510bhp, 420lb ft V12. With lowered, higher-rate suspension and the addition of carbon-ceramic brakes, a beautiful monster was born. The rear quarter panels were thinned down and lighter seats fitted, meaning that the V12 was just 50kg heavier than the V8 Vantage – although no flyweight, at 1680kg.

When I first drove it I wondered if I was going soft – it felt frighteningly quick! And then racer and journalist Steve Sutcliffe wrote in Autocar: “You end up wondering whether it’s you or the car that’s in control. And in a warped kind of way that’s a delicious realisation.” So I wasn’t the only one.

Now, in the current era of Playstation-like hypercars, this early V12 Vantage feels even more special, and wonderfully analogue. The noise it makes when revved hard is intoxicating but it can be as civilised as you want it – unless you press the Sport button, which endows the first 25 percent of accelerator pedal movement with 100 percent throttle opening, and makes the V12 Vantage near-impossible to drive sensibly. The Alcantara and carbonfibre interior feels crude in modern terms, but it’s still a great place to be.

The gearchange and clutch are lighter – and the six-speed transmission better – than I’d remembered, but it’s still a challenge to shift quickly enough to beat the rev limiter, simply because the V12 spins up so quickly. The steering is perfectly weighted and the brakes powerful, although what’s most striking is that despite that big engine, this car never feels nose heavy, even compared with the V8 Vantage. After a long run on every kind of road I head back to base exhilarated, ready to try the V12 Vantage S…

This was Aston Martin’s 2013 revamp of the V12 Vantage. Power was up to a mind-boggling 565bhp at 6750rpm and torque increased  by 27lb ft to 457lb ft, with a flatter curve giving 376lb ft at just 1000rpm. But gone was the six-speed manual in favour of a lighter, stronger, faster-changing Sportshift III seven-speed automated manual.

I remember hating that gearbox in its first form in a V8, but by the introduction of the V12 Vantage S it was much improved, although never as good as a dual-clutch semi-auto such as Porsche’s PDK. The secret, I now quickly remember, is to lift off the throttle slightly for every upchange. Without that, the shift is clunky and slightly slower.

What the automated changes do give is faster acceleration. Combined with the increased power and torque, this makes the S utterly ballistic, even before Sport mode is engaged. When that button is pressed, all hell breaks loose. You want figures? 0-60mph is 3.9 seconds and top speed is 205mph. Yes, really.

To cope, the suspension was upgraded to Aston’s three-mode adaptive Bilstein set-up. Even in Normal mode the ride is harder than in the early V12 Vantage, making for less comfortable progress but a much sharper response and less of a feeling that the chassis is struggling to cope.

The interior is another step up, too; more sophisticated and with a start button rather than the fiddly key insertion, although now with large, slightly crude gear-selection buttons high up in the centre of the dash.

It’s a weapon, this car – the model that outshone all other Aston Martins of the period save for the limited-edition One-77. The regular V12 Vantage is ballistically quick, but the S takes it a step further, feeling more finely honed, more accurate through the corners and eye-wateringly fast.

Funny, though, it’s the early car that does it for me. That sense of being barely in control and yet having the control of a manual transmission gives it huge character and sets it apart from more recent supercars and GTs. I’d have one in the blink of an eye – even if, on slippery UK roads, I wouldn’t dare to blink… 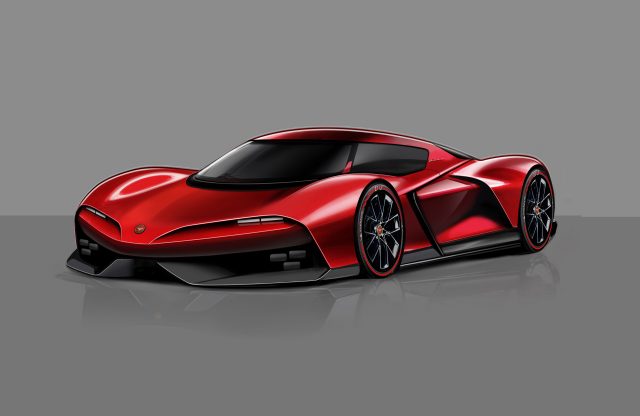 Designed by Giorgetto Giugiaro and powered by a naturally aspirated V12, the Bizzarrini Giotto is the reborn marque’s first all-new model. 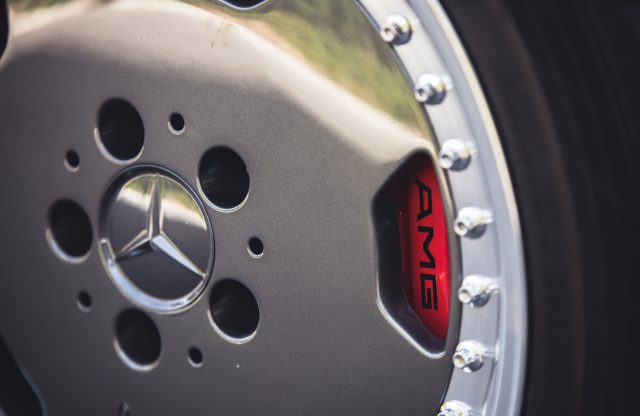 After strong results for AMGs at RM Sotheby’s Miami sale, Artcurial has three more at Rétromobile – so what’s driving the interest? 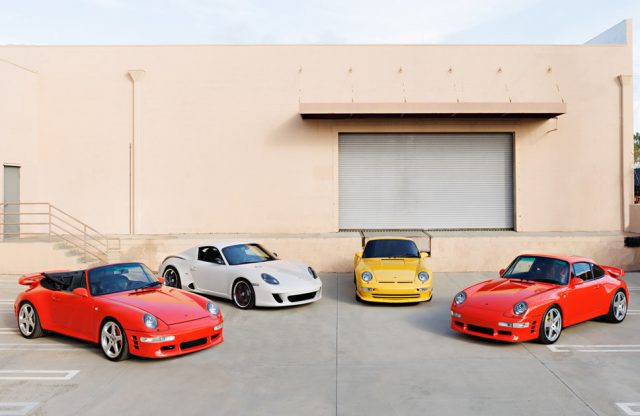