Classic Motor Cars (CMC) took two of the most famous E-types in the world on a special birthday run on March 17, to celebrate the 60th anniversary of the E-type’s launch at the 1961 Geneva Motor Show.

The two cars chosen for the run are registered as ‘1600 RW’ and ‘1 VHP’. The former was the first production E-type and belonged to Lofty England, Jaguar’s manager at the time, bearing chassis number four. 1 VHP was the world’s first right-hand-drive production Fixed Head Coupé E-type. These cars were joined on the run by several other important restorations.

Both of these historically significant E-types were restored by CMC in Bridgnorth, Shropshire. CMC is one of the world’s leading restoration companies and has won Restoration of the Year twice for work done on Jaguar cars.

Nigel Woodward, managing director of CMC said: “The company was set up 28 years ago with the prime objective of restoring Jaguar cars and in particular, E-types. During that time, it has restored hundreds of E-types, many of them famous early outside bonnet-lock cars.

“We wanted to mark the day 60 years ago at the Geneva Motor Show when the public first saw this iconic car and fell in love with it… This marks yet another milestone in the history of this famous marque and it seemed fitting that we mark the birthday with style.” 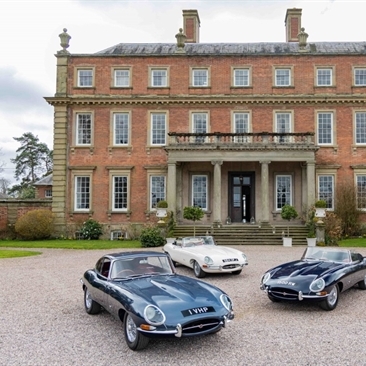 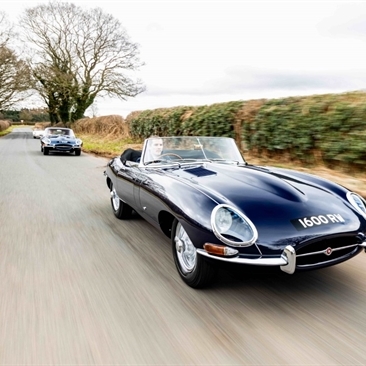