Thirty years ago, on June 23, 1991, Johnny Herbert flashed across the Circuit de la Sarthe’s finish line for the final time, driving a green and orange Group C Mazda bearing the number 55. The visceral wail the car’s engine emitted as it snaked through the Porsche Curves announced its triumph well in advance of Herbert’s arrival at the chequered flag.

That banshee was the inimitable 787B, a car that has since become one of the most legendary racing machines of all time. After starting 19th on the grid, the first-place 787B defeated three Jaguar XJR-12s, a Mercedes-Benz C11 and a Porsche 962C on its 362-lap, 28-pitstop journey to the top step of the podium. The other two Group C Mazdas finished in sixth and eighth.

With car 55 and its F1 driver trio of Herbert, Volker Weidler and Bertrand Gachot, Mazda had become the first Japanese manufacturer to win the Le Mans 24 Hours, and the only marque to ever win without a piston engine. Of all Japanese marques, only Toyota has managed to repeat Mazda’s achievement – and that was as recently as 2018; the fact the small Hiroshima-based company did it 30 years ago is nothing short of extraordinary.

The 787B was powered by the renowned R26B. This quad-rotor, naturally aspirated engine produced 700bhp at an ear-splitting 10,000rpm. An innovative feature of the R26B was the variable-length intake system, which helped to generate the best possible low-end torque and high-end power by constantly adjusting the length of the intake runners with the ECU. Other forward-thinking features included in the design was the fitment of carbon-ceramic brakes and a fully carbonfibre and Kevlar construction.

Mazda knew that rotary engines were to be outlawed from Le Mans for 1992, so the R26B was to be the pinnacle of decades of development that dated back to the early 1960s, when the brand began to refine Felix Wankel’s unconventional engine design.

Mazda’s interest in rotary engines was initially driven by fear that it would be coerced into a forced merger by the Japanese government, which reasoned that larger car manufacturers were better equipped to compete with European heavyweights of the time. Mazda believed that positioning itself as a pioneering, free-thinking company would be an effective way of protecting its independence as a smaller brand.

As well as the political benefits, Mazda was also acutely aware of the advantages a rotary engine could yield in a motor sport context; rotaries are small, light, smooth and powerful. In 1970 Mazda put its first such racing engine to the test at Le Mans in a Chevron B16 chassis. Three years earlier, the company had released the Cosmo, its first rotary-powered sports car.

Unfortunately, the Chevron B16 retired with engine problems after just four hours, but Mazda was undeterred and accelerated the pace of rotary development into the 1980s. The RX-7 FB appeared in the Le Mans GT class in 1981 and 1982, quickly followed by the company’s first prototype racer in 1983: the 717C, which would go on to win Mazda its first Le Mans 24 Hours silverware in the Group C Junior class.

Mazda built upon its successes in Group C during the 1980s, with the arrival of two new 787s in 1990. Unfortunately, these both retired with electrical and transmission issues. Consequently, the 787 underwent serious developmental work, morphing into the 787B that went on to deliver Mazda’s crowing motor sport glory.

Johnny Herbert remembers the 787B affectionately: “The cabin was beautifully laid out and comfortable, the rotary engine was absolutely fantastic, silky smooth and bulletproof in terms of reliability.” Nonetheless, the 787B was undoubtedly a demanding machine to corral around a circuit, as Herbert was famously too exhausted to join his teammates for the podium ceremony following his final stint in the car.

The 787B and the sensational victory it achieved exactly 30 years ago cemented Mazda’s status as a respected manufacturer of performance cars, paving the way for the likes of the iconic RX-7 FD that arrived just one year later in 1992.

Perhaps an electric car will one day join Mazda as a non-piston-powered Le Mans winner, but it’s unlikely that another rotary car will ever repeat what the 787B achieved. 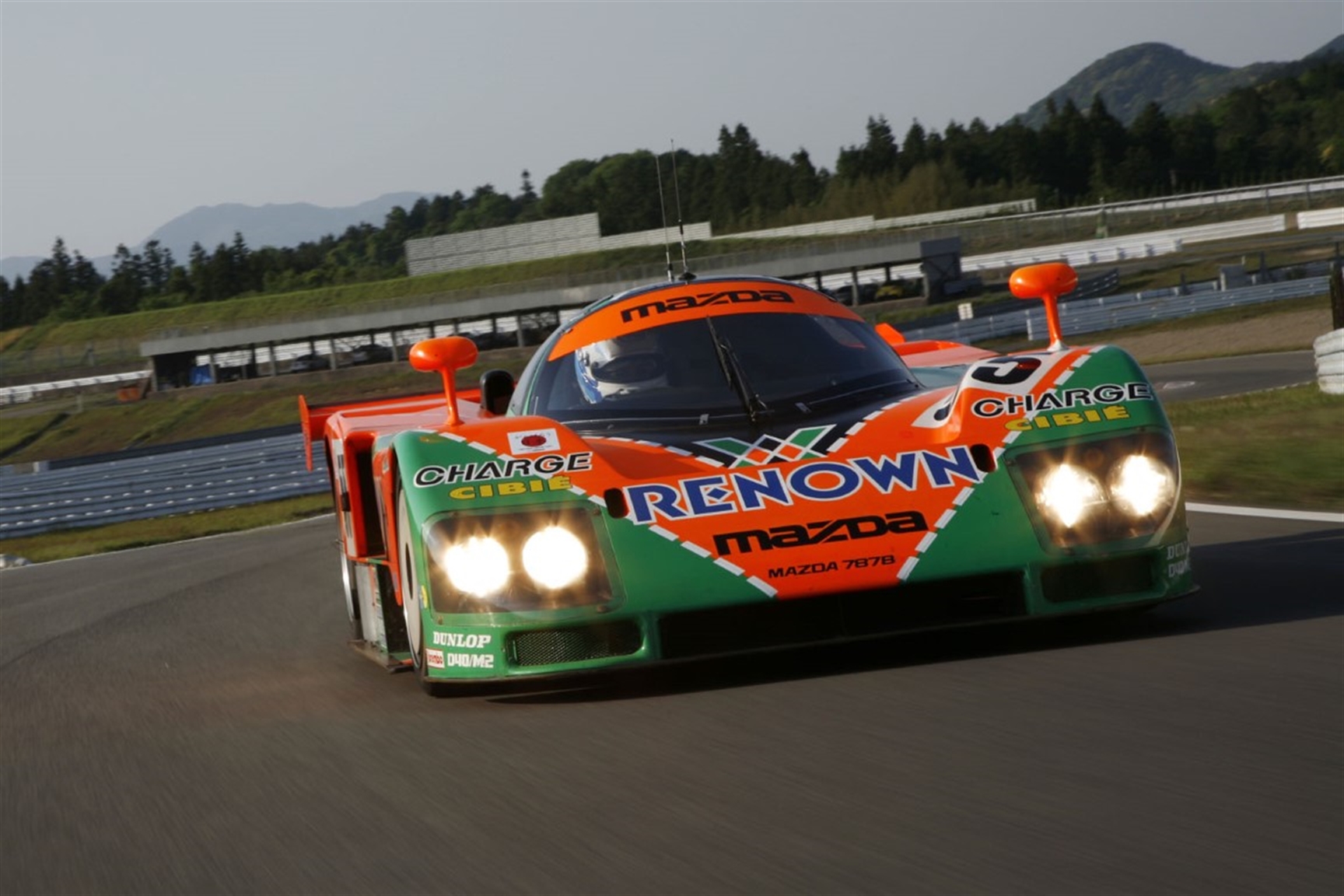 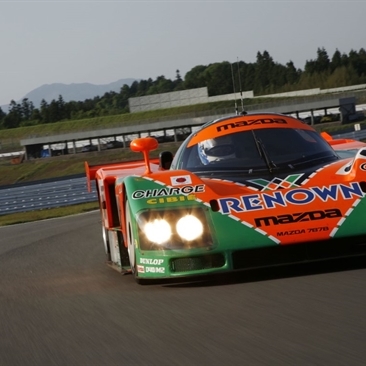 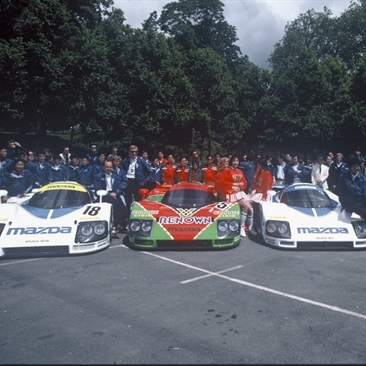 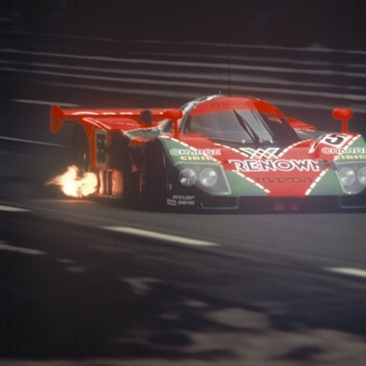 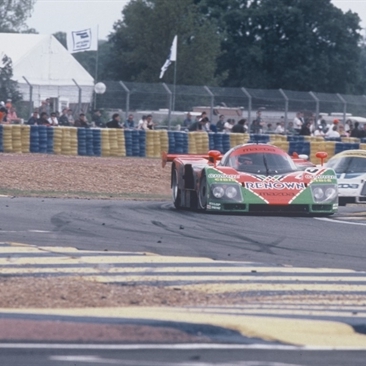 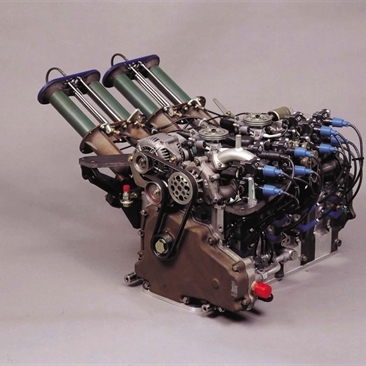 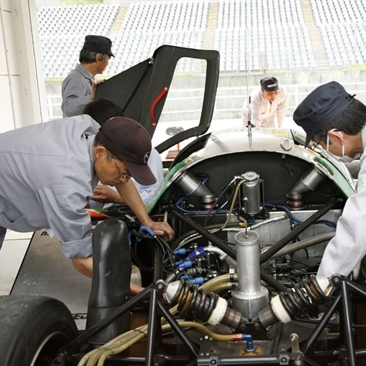 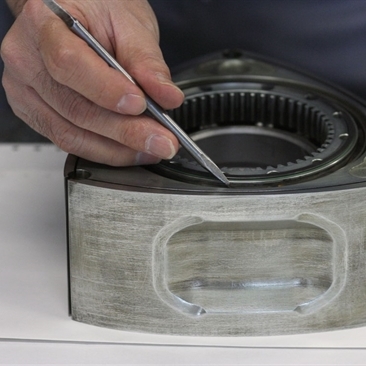 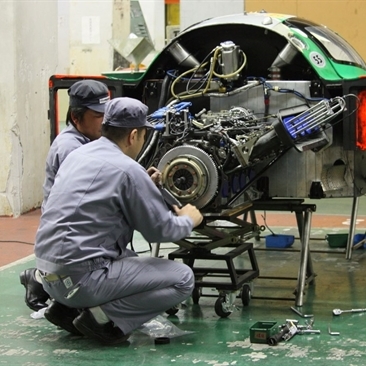 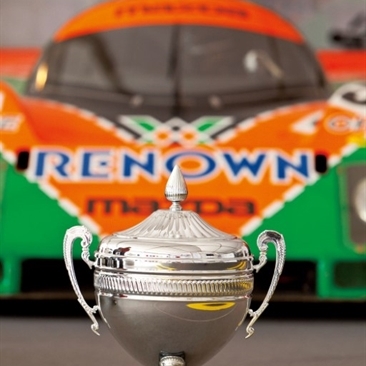 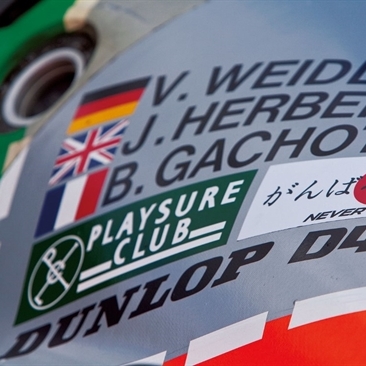 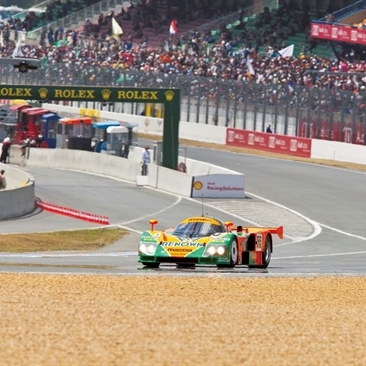 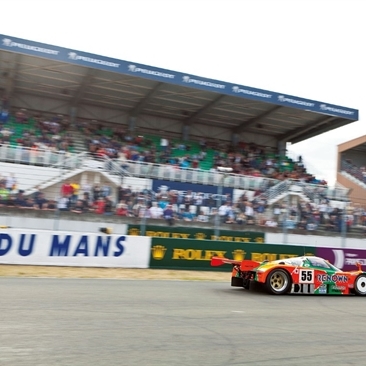