The Classic at Silverstone made a triumphant return this year for its 30th anniversary event on July 30 to August 1, 2021, after the disappointment of its cancellation last year.

The three-day motor sport festival is the largest of its type in the world, and this year things were as spectacular as ever despite the challenges of the pandemic; over 100,000 visitors, 1000 race entries and scores of classic car clubs and vendors were in attendance, regardless of the weekend showers.

Friday’s qualifying sessions teed-up a combined 21-race schedule for Saturday and Sunday, forming a smorgasbord of grids from 1920s pre-war machinery to the spaceship-like Le Mans prototype racers of the 2010s.

Picking a highlight from Friday’s qualifying sessions is a challenge, given the breadth of what was on offer. However, the Murray Walker Memorial Trophy session was certainly memorable as the drivers bravely manhandled their intimidating Cosworth DFV-powered Grand Prix cars through Maggots and Becketts in damp, greasy conditions.

Michael Lyons made the most of being named as Johnny Herbert’s replacement for the class, and emerged as the pole-sitter with his Ensign N180B, vanquishing the likes of the six-wheeled Tyrrell P34 and championship-winning McLaren M23 once driven by James Hunt.

Freddie Hunt, the son of the 1976 World Champion, was thrilled to see his father’s car in attendance: “I drove Dad’s McLaren here in 2016 and loved every second of it. I’d love a day’s testing in it, or better yet, a race. That said, just sitting in the car you get a lot more respect for drivers in those days; you really don’t have a lot of protection, but it’s great to see it again,” Freddie said.

Freddie made his historic racing debut at The Classic in a Nissan Skyline GT-R for the Historic Touring Car Challenge, and aims to be racing at this year’s Le Mans 24 Hours.

“It’s so wonderful to see The Classic back and putting big smiles on the faces of all those here at Silverstone,” enthused CEO Nick Wigley. “There’s nothing quite like the wonderful sights and sounds of all these amazing machines to refresh everyone’s passion for this very special weekend.”

As the dust settled from a packed qualifying day on Friday, the excitement turned up a notch as Saturday arrived – and with it, the first day of wheel-to-wheel competition. The packed 12-race Saturday schedule kicked off with the colossal 54-car grid of the Historic Formula Junior class. Excitement ensued immediately, with Richard Bradley and Cameron Jackson duelling for victory in 1962 Brabham BT2s, with Bradley eventually emerging victorious.

This was followed by the Pre-War BRDC 500 race, which offered visitors the rare opportunity to witness fearsome pre-war racing cars go head-to-head. Legendary models from the likes of Bugatti, Aston Martin and Bentley thundered their way around the 5.9km circuit, until the 1928 Frazer Nash TT Replica of Frederic Wakeman took the spoils.

The famous 1961 Ferrari 250GT ‘Breadvan’ of Lukas Halusa took victory in the Tourist Trophy, admirably resisting the pressure of Martin Brundle’s fast-charging Jaguar E-type Lightweight, while Sam Wilson racked up another victory for the iconic Lotus 18 raced in period by Jim Clark.

The 2012 Lola-Judd B12/60 of Rob Wheldon won Race 1 of the Masters Endurance Legends, setting a lap record for Silverstone’s classic layout while successfully hunting down the diesel-powered Peugeot 908 of Francois Perrado.

Saturday’s off-track entertainment was headlined by the respective 50th and 60th anniversary celebrations of the Lamborghini Countach and Jaguar E-type, as well as Mike Brewer’s Car Clinics and live entertainment from The Brand New Heavies and reggae group Aswad.

The final day saw a further nine races take place around the 18 corners of the Silverstone GP circuit. The headline race of the day was the 60th Anniversary E-type Challenge, which delivered thrilling action as drivers contended with the challenges of Dunlop crossply tyres, rear-wheel drive and wet conditions. Martin Brundle and his son Alex formed a dynamic father-son driver pairing and were among the leaders, but unfortunately fell down the order to eighth. Jon Minshaw put in a brilliant drive to take victory ahead of Ben Mitchell and Danny Winstanley.

As Sunday afternoon came, the rain mercifully relented and the track dried rapidly in the summer sunshine. That allowed the fastest machines at the circuit to explore the limits of adhesion as the final day of the festival came to a climactic conclusion. This saw Shaun Lynn and Francois Perrado joust for victory in their Peugeot 908s, with Perrado coming out on top. Michael Lyons made it two from two by winning Sunday’s race in the Memorial Trophy F1 class.

The drama that played out during the races was punctuated by one of the highlights of the entire weekend; Damon Hill’s reunion with his championship-winning Williams FW18. Hill treated visitors to The Classic to some scintillating demonstration laps in the iconic Rothmans-liveried car in which he claimed pole position at Silverstone 25 years earlier.

“I can’t believe this is the 30th year of The Classic and yet it is my first visit. I have thoroughly enjoyed the day, and the accessibility to the paddocks and cars is superb,” Damon said.

“When I told my family I was driving today, I was amazed and delighted to find out they wanted to join me, and we have all had a great day out. A highlight was obviously being reunited on track this afternoon with the FW18 to celebrate 25 years since I won the world title with Williams, and I am grateful to Silverstone and the Williams Heritage team for making this possible.”

The dates for the 2022 Classic at Silverstone will soon be announced, but in the meantime all the race results can be found on The Classic website and highlight footage can be viewed on YouTube.

“The weather might not be quite as summery as we might have hoped, but it did absolutely nothing to dampen the spirits,” said Nick Wigley. “It was clear from all the smiles just how pleased everyone was to be back enjoying all that The Classic has to offer.” 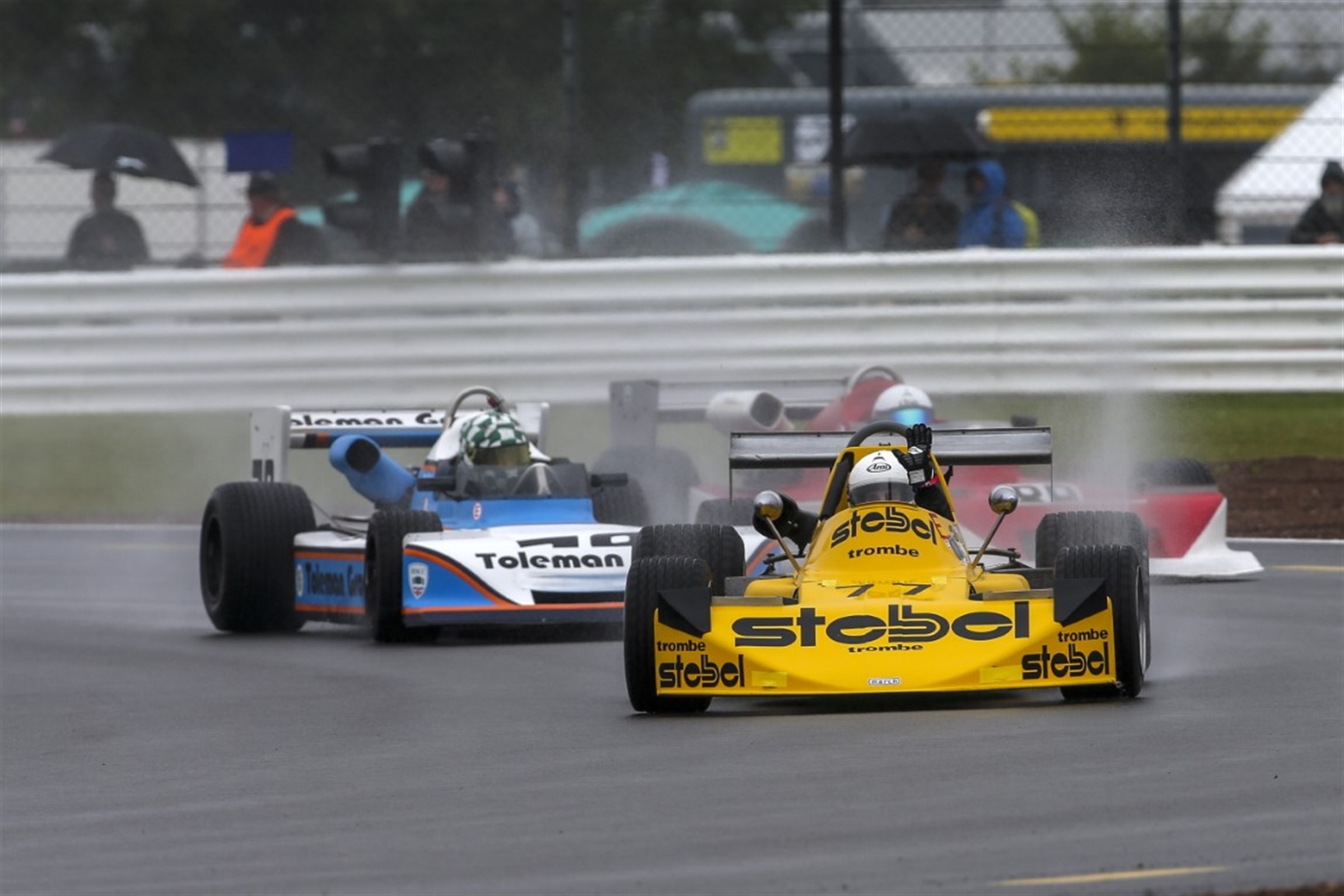 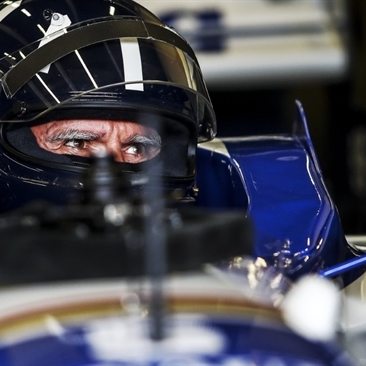 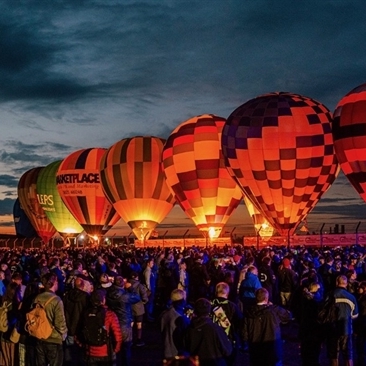 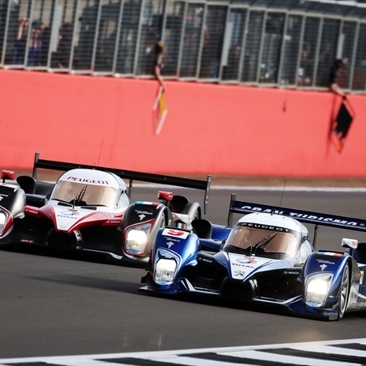 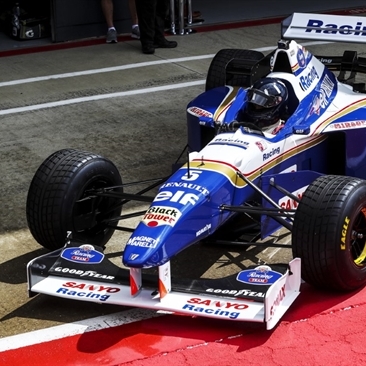 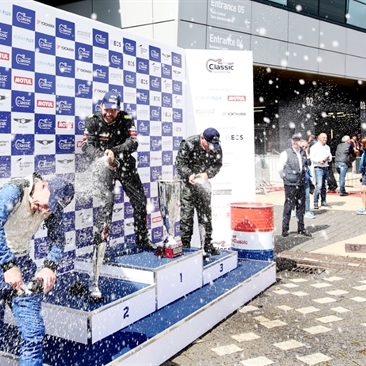 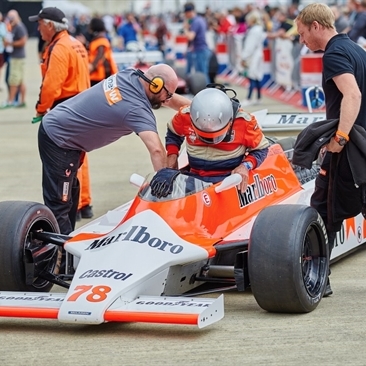 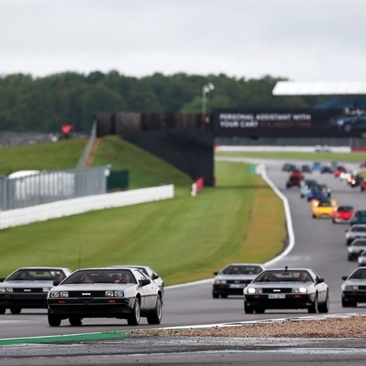 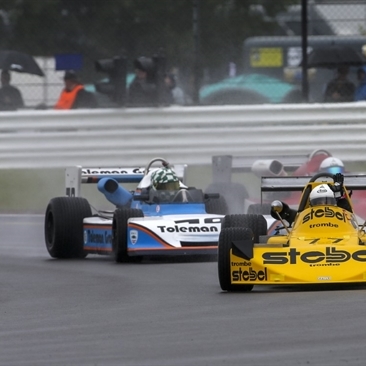