The 16th edition of the Salon Privé Concours d’Elegance took place on September 2-5, 2021, at Blenheim Palace in Oxfordshire. The brainchild of brothers Andrew and David Bagley, the event has established itself as one of the UK’s most prestigious concours events. It certainly didn’t disappoint as some of the world’s greatest automobiles assembled on the Palace lawns to be judged on their provenance, presentation and originality.

The show-winning pre-war Mercedes-Benz was one of the last five 540Ks built in 1938, and is fitted with the refined 5.4-litre supercharged straight-eight engine, which produces 180bhp and allows the car to reach 110mph at full throttle.

The inaugural Duke of Marlborough Award went to a 1949 Hooper-bodied Bentley MkVI that was built for the Maharaja of Mysore – Sir Jayachamarajendra Wadiya. The blue-blooded Bentley was part of the Fit for a King Class that was won by an imposing 1937 Rolls-Royce Phantom III.

Named in honour of Sir Winston Churchill, who was born at Blenheim, the Churchill Cup was bestowed on a 1972 De Tomaso Mangusta. The Churchill Cup’s judging panel was made up of renowned automotive designers alongside legendary racing driver Derek Bell. “We looked at every car here, and it was incredibly difficult,” said Bell. “The Mangusta had a simple elegance about it, and when it drove up onto the stage, we knew that we’d made the right choice.”

Other notable award winners included a 1965 Ford GT40 Mk1, 1903 Panhard et Levassor, 1993 Jaguar XJ220, 1965 Ferrari 275GTS and 1955 Aston Martin DB2 Monte-Carlo Rally car, among many others. Salon Privé director Andrew Bagley said: “The entries for this year’s Concours d’Elegance were absolutely superb, and we congratulate everyone who brought their cars to Blenheim Palace and all of the winners. The beautiful Mercedes-Benz 540K Cabriolet A was a very worthy recipient of our much-coveted Best of Show Trophy, and truly epitomised the grace and elegance of the late 1930s.”

Salon Privé had plenty to offer aside from its stunning collection of concours cars. The event’s reputation has encouraged an increasing number of major manufacturers to showcase their latest offerings with brands such as McLaren, Ferrari, Porsche and Rolls-Royce all occupying the Palace lawns.

McLaren displayed its new twin-turbo hybrid V6-powered Artura supercar, and complemented it with a windscreen-equipped version of the thrilling open-top Elva and GT, and the European debut of the 765LT Spider.

The Italian duo of Automobilia Pininfarina and Touring Superleggera celebrated their respective 90th and 95th anniversaries with the global debuts of the Battista Anniversario and Arese RH95. While both companies have storied histories in automotive design, the approach taken with their latest cars couldn’t be more distinct. Touring’s Arese RH95 is based on the Ferrari 488 supercar and is the latest AERO car, following the acclaimed 2012 Alfa Romeo Disco Volante and 2016 AERO 3.

On the other hand, Pininfarina has embraced advanced EV technologies with its 1873bhp all-electric Battista Anniversario hypercar. This will be the most powerful production car to ever come out of Italy, and it was displayed alongside six elegant concours models to mark the company’s 90th anniversary. The Battista was joined by two more new high-performance EV models: the Hispano-Suiza Carmen and Automobili Estrema Fulminea.

Enthusiasts with a penchant for classic models were treated to the unveiling of The Red Collection in a dramatic opening-day ceremony. The 12-car display contained a breath-taking selection of machinery including an ex-Fangio Maserati 250S, the Mille Miglia and Le Mans-winning Ferrari 166M, a Ferrari 275GTB Competizione Clienti, a McLaren F1 GTR and a delivery-mileage Ferrari F40, to name a few.

Another favourite was the inclusion of the raucous Rolling Bones hot rods, which made a rare cameo appearance from the US, as well as privateer David Piper’s reunion with his green and yellow-liveried Ferrari 250GTO.

The Red Collection’s unveiling was paired with the announcement of an all-new Salon Privé event: The Chelsea Edition, which is slated to take place on April 21-23 at the Royal Hospital Chelsea in London. For more information on next year’s Salon Privé Concours d’Elegance and the new Chelsea Edition, click here. 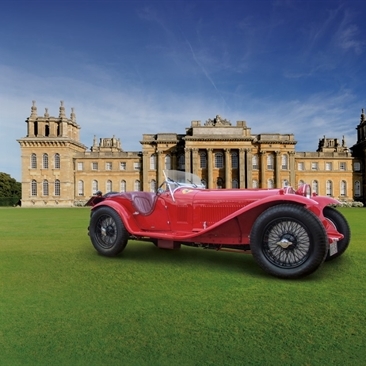 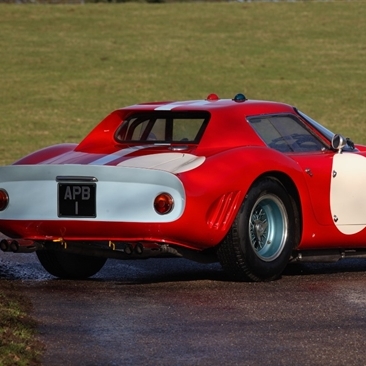 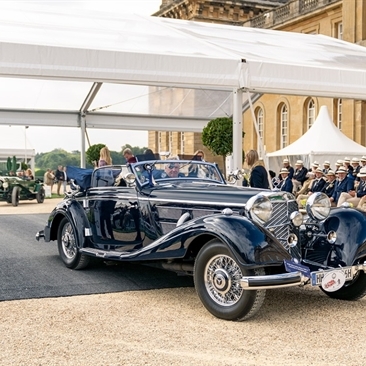 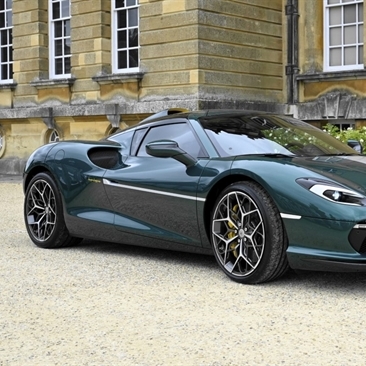 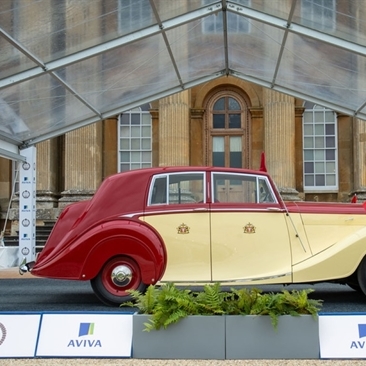 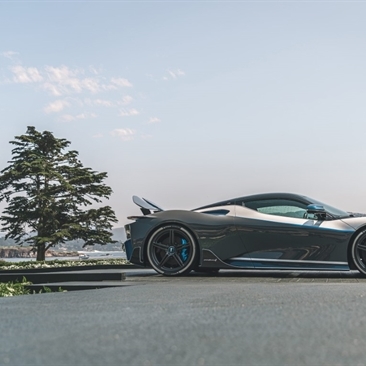 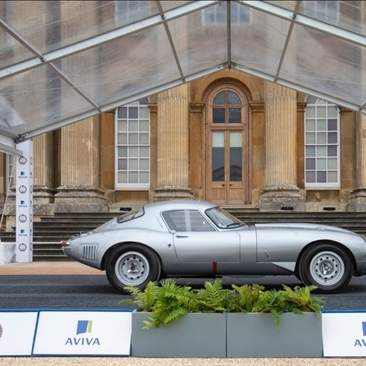 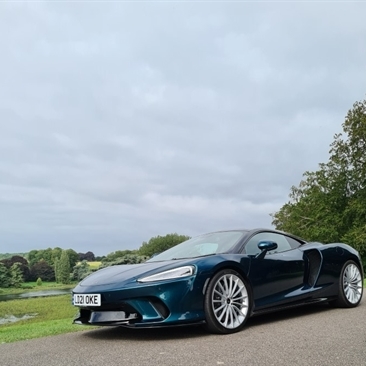